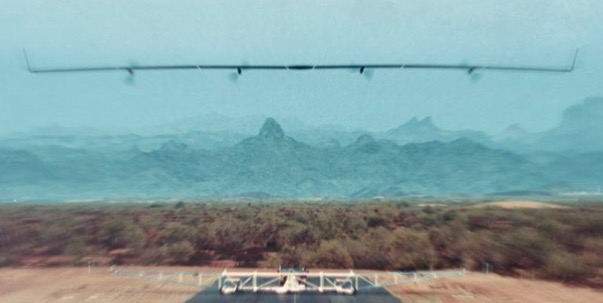 Facebook is still hard at work trying to bring the Internet—and Facebook—to everyone around the world, and their latest plan involves solar powered drones that would fly around on their own to carry signals to remote locations. You may have seen an ad from Facebook talking up the drone’s abilities, but after its test flight ended in a crash over the summer, it’s now under investigation for safety concerns.

The National Transportation Safety Board is investigating the “structural failure” and ensuing accident, but it’s not as though we have to worry about drones with a 737’s wingspan dropping on us out of the sky. The test flight was apparently going well until the drone, Aquila, came in for a landing, at which point things went wrong. Before then, Facebook told Bloomberg by email,

“We were happy with the successful first test flight and were able to verify several performance models and components including aerodynamics, batteries, control systems and crew training, with no major unexpected results.”

Honestly, even crashing probably isn’t an “unexpected result” during a test flight, and that’s just fine. They’ll have plenty more tests ahead to make sure everything is perfectly safe before launching a more permanent fleet, which will see Aquila drones that fly for months at a time. With the takeoffs and landings so infrequent and happening away from the public anyway, it’s comforting that the actual flying portion went well, and the only thing damaged in the landing was the drone itself.

Facebook’s been taking a lot of (well deserved) heat lately for the misinformation feedback loop fostered by their platform and its possible role in the 2016 election, but drones like these will be a great service to those around the world whose access to the Internet—and the rest of the world—will be revolutionized.