Facebook Removes Ability to Look for Friends In Your Gmail Contacts 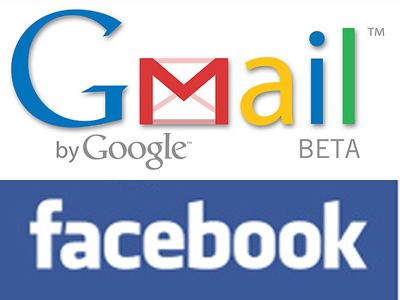 Lately Gmail and Facebook have quietly been waging a passive aggressive battle over whether the information that trusting users turn over to a company belongs primarily to the company, or the user, and the latest volley in said battle seems to have been… volleyed.  By Facebook.

Facebook lists a number of third parties whose data can be perused in order to flesh out your friends list, including Yahoo!, AOL, Comcast, Skype, MSN, and Verizon.net.  Techcrunch reports that Gmail is no longer an option, and that Facebook will not grab your Gmail contacts even if you sign up with a Gmail address as primary.

Here’s the story in brief: Google recently made some changes to its Terms of Service, to the effect that it will not export a user’s contacts to a third party unless that third party also allows the exporting of the data that it curates for its users, because Google believes “that people should be able to control the data they create.”  This change had the notable effect of blocking Facebook from importing Gmail contacts, because Facebook has refused to implement a feature whereby its users can export the contact information of their Facebook friends, in the event, say, that they want to move to a new social network.

And so it began.  Facebook responded to Google’s change by finding a workaround: deeplinking anyone who wanted to import their Gmail contacts to a page where they could do it manually, and then upload the file to Facebook.

Gmail announced that they were disappointed in Facebook, but would stand by their policy of letting users control what was done with their data by not messing with the cheap workaround.  Instead, they turned the landing page of the workaround into a PSA about data protectionism, with an included easy link to register a complaint to Facebook about its policy of not allowing data exporting.

However, earlier this week, the PSA stopped appearing when users attempted to import Gmail contacts into Facebook, despite the fact that the page is still online.  It remains unclear whether this is because Gmail and Facebook reached an agreement, and Gmail voluntarily stopped using it; or if it is because Facebook found yet another work around.

Now, of course, Facebook seems to have abandoned Gmail entirely. Techcrunch made an effort to contact both companies, but so far the only response has come from Google, who say that this new development is not due to any work on their part.

If this is the end of the latest Google/Facebook spat (which, frankly, would be surprising), it doesn’t look like anyone came out the winner.