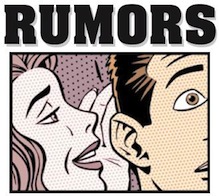 The competition between Facebook and Google over Silicon Valley talent and Internet mindshare has been fierce for a while now, but this is a low tactic: Reporters at USA Today and The Daily Beast busted Facebook for hiring a PR firm to spread negative stories about Google to the media. Not only is this considered a rather shady move, but it’s usually employed by companies on the ropes, not those in Facebook’s position of relative strength.

Here’s what happened: Earlier this week, USA Today blew the whistle on Burson-Marsteller, a major global PR firm, “stepp[ing] up a whisper campaign to get top-tier media outlets, including USA TODAY, to run news stories and editorials about how an obscure Google Gmail feature —Social Circle— ostensibly tramples the privacy of millions of Americans and violates federal fair trade rules.” It was a mystery who had hired Burson-Marsteller as a hatchetman — some suspected Microsoft, a Google rival in the search engine and mobile spaces — but The Daily Beast’s Dan Lyons followed the breadcrumbs and found that Facebook had done the deed, and he got Facebook to confirm this, once presented with evidence.

The plot backfired when the blogger turned down Burson’s offer and posted the emails that Burson had sent him. [here –Ed.]

Confronted with evidence, a Facebook spokesman last night confirmed that Facebook hired Burson, citing two reasons: First, because it believes Google is doing some things in social networking that raise privacy concerns; second, and perhaps more important, because Facebook resents Google’s attempts to use Facebook data in its own social-networking service.

In the midst of employing a tactic of murky ethics, Facebook revealed itself to be inexperienced rather than Machiavellian: One suspects that this sort of thing happens more often than it should in tech and business news, but client names don’t usually get out to the public like this. And while Google’s social efforts have been frequently second-guessed by the tech press, Facebook’s preemptive strike shows that it may be more worried about them than one would expect.

Update: Burson-Marsteller has apologized for its participation in the campaign, saying that it was “not at all standard operating procedure and is against our policies, and the assignment on those terms should have been declined.”