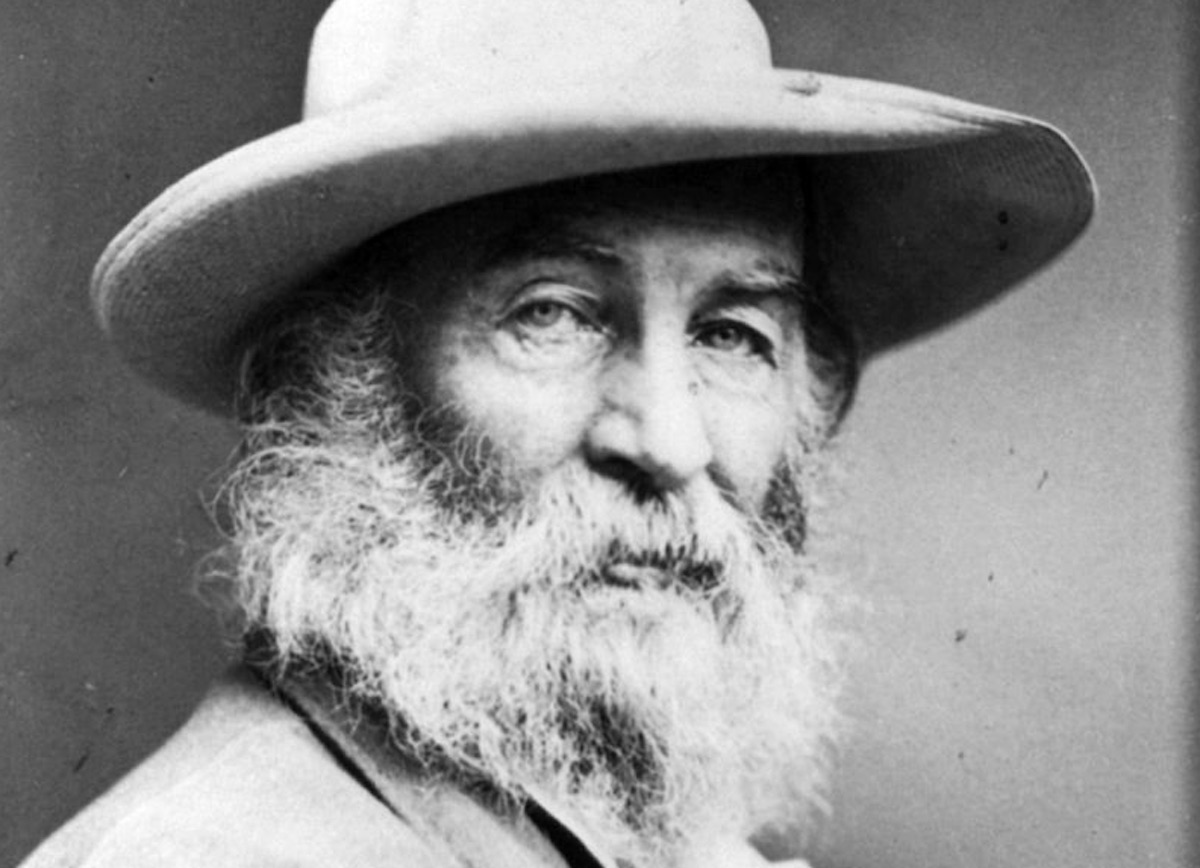 Walt Whitman is my favorite poet, so you can imagine how I felt when I was sent Live Oak, with Moss, a gorgeous collection of his unpublished queer poetry with more than a 100 accompanying works of art by award-winning illustrator Brian Selznick. Exclusive to The Mary Sue, and just in time for national poetry month, we have one of Whitman’s Live Oak, with Moss poems and never-before-seen art from Selznick.

From the back of the book, some background:

As he was turning forty, Walt Whitman wrote twelve poems in a small handmade book he entitled Live Oak, with Moss. The poems were intensely private reflections on his attraction and affection for other men, and Whitman’s most adventurous explorations of the theme of same-sex love. This revolutionary cluster of poems was never published by Whitman during his lifetime and has remained unknown to the general public—until now.

I’ll let Whitman sing for himself, since no one does it better. 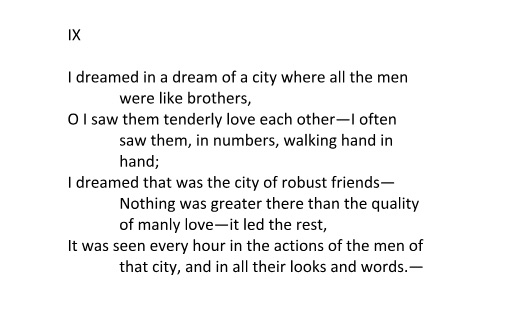 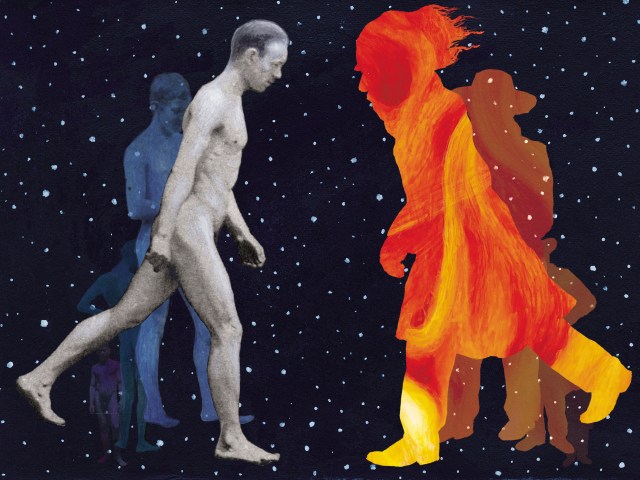 Originally rediscovered by scholar Fredson Bowers in the 1950s, the poems here have a significance that deserves wider awareness. Whitman took apart the Live Oak, with Moss poems, edited them, and interspersed them into the “Calamus” cycle of Leaves of Grass, leaving no indication save the notebook that the collection stood apart. In Abrams ComicsArts’ Live Oak, with Moss, they appear in their original form, bound together in a volume with Selznick’s striking Whitman-inspired art.

That Whitman was revolutionary in the 19th century is indisputable, but his unabashed approach to sexuality remains as dazzling now as it was then. “In these dozen poems, Whitman attempts to establish a definition of same-sex love decades before the word ‘homosexual’ was in common parlance, and he dreams of a supportive community of lovers more than one hundred years before today’s LGBTQ rights movement,” writes Professor Karen Karbiener in the book’s afterword.

Selznick’s evocative art fills the pages of Live Oak, with Moss, from deeply felt collages to works that speak to the passion of Whitman’s words. 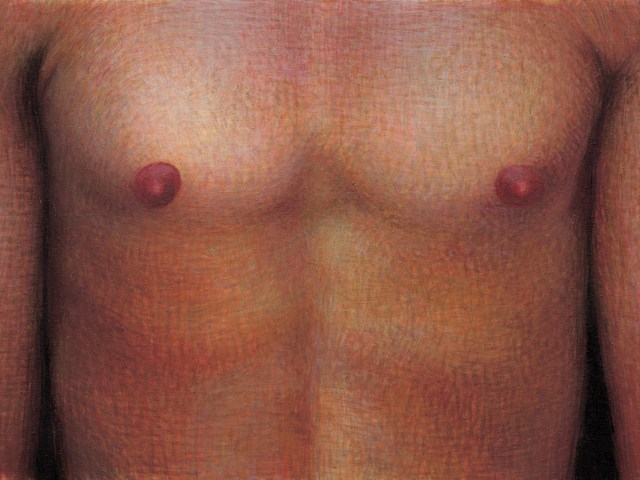 Live Oak, with Moss is a book designed to shine on your coffee table and be the standout on your bookshelf. The rich red cover’s oak tree is inlaid, pleasingly tactile to the fingertips, and its page-edges are gilded, showing that something precious lies within. It’s the most beautiful book that I now own. As a manifestation of love that Whitman did not shy from but could not live to see publically celebrated, it is also an important book. You can get your hands on a copy here. 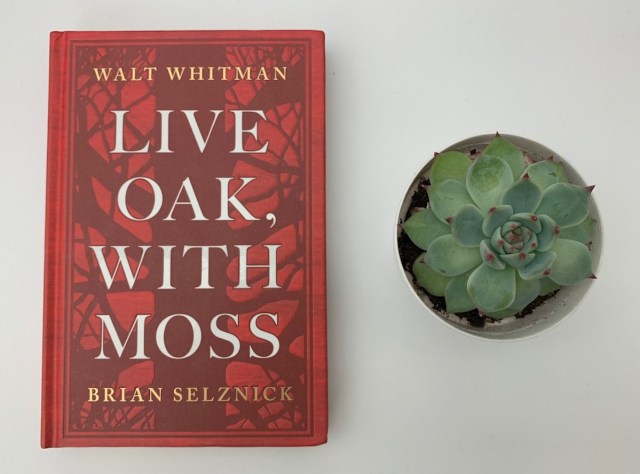