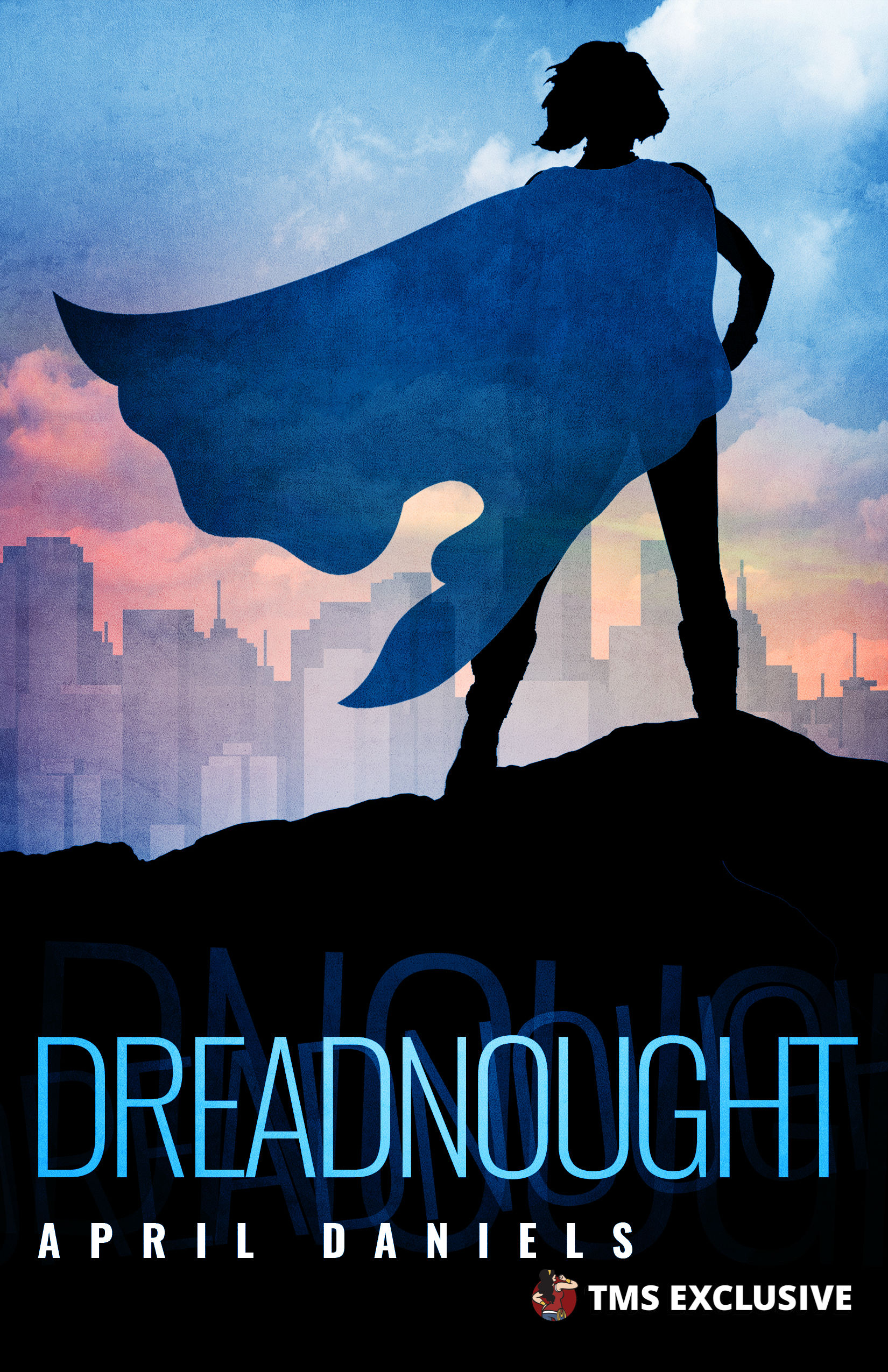 Dreadnought is a new YA novel due out January 2017, and it’s primed to take the superhero genre to new heights.

Written by The Mary Sue contributor April Daniels, Dreadnought is the story of superheroine Danny Tozer, who, after witnessing the death of superhero Dreadnought, inherits their powers. Danny has to deal both with the challenges of her newfound super-ness, as well as the transmisogyny she faces after coming out. Here’s a synopsis:

Readers are introduced to Danny Tozer, who has a major problem — she just inherited the powers of the world’s greatest superhero. Until Dreadnought fell out of the sky and died right in front of her, she was trying to keep people from finding out she’s transgender. But then her second-hand superpowers transformed her body into what she’d always wanted it to be. Now there’s no hiding that she’s really a girl.

It should be the happiest time of her life, but between her father’s dangerous obsession with “curing” her girlhood, her best friend suddenly acting like he’s entitled to date her, and a classmate who is secretly a masked vigilante, Danny’s first weeks living in a body that fits her are more difficult and complicated than she could have imagined. She doesn’t have much time to adjust. Dreadnought’s murderer, a cyborg named Utopia, still haunts the streets of New Port City.

If Danny can’t sort through the confusion of coming out, master her powers, and stop Utopia in time, humanity faces extinction.

Dreadnought is a Diversion Trade Paperback Original and will be available next January. You can find out more about April below:

April Daniels was born in a military hospital just before it was shut down for chronic malpractice—in hindsight, that should have been an omen. After various tribulations in childhood and the frankly disconcerting discovery that she was a girl, she graduated from UC Santa Cruz with a degree in literature, and then promptly lost her job during the 2008 stock crash and recession. After she recovered from homelessness, she completed her first manuscript by scribbling a few sentences at a time between calls while working in the customer support department for well-known video game console and has been writing ever since. Visit her online at www.aprildaniels.com.