Interview: Producer Eunyoung Choi Explains What Sets Lu Over the Wall Apart from Other Mermaid Stories 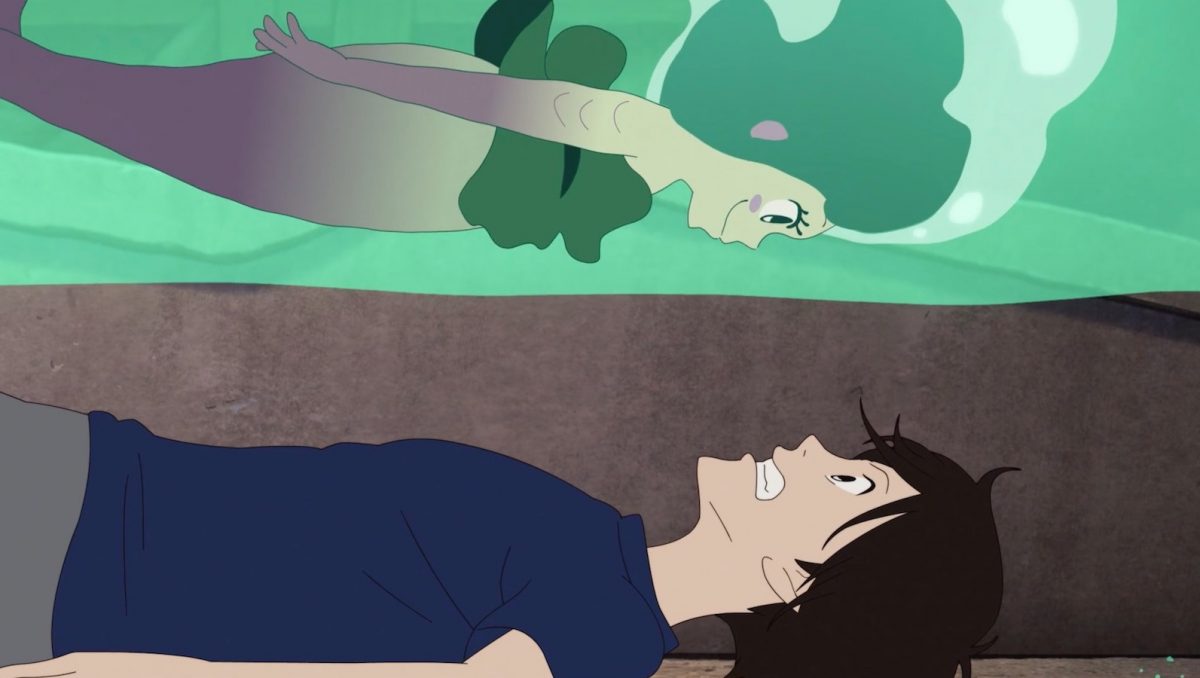 Melancholy boy in a fishing village meets mermaid who shares his love of music. Fishing village doesn’t understand mermaid. Will the ancient feud between mermaid and human be resolved? The synopsis of Lu Over the Wall might sound familiar, but once you watch the movie you’ll be caught by the dynamic animation style of director Masaaki Yuasa (Ping Pong, Devilman Crybaby), the music from Takatsugu Muramastsu, and the sheer delight of it all. Yuasa has a phenomenal ability to combine the fantastical, the everyday, and the unique phases of adolescence, which comes out in the child-friendly and beautiful Lu.

Producer Eunyoung Choi spoke to me over email about Lu Over the Wall, and how the story of three youths in a band—Kai, Yūho, and Kunio—meeting a singing mermaid named Lu came to be. Choi, who co-founded Science Saru with director Yuasa and collaborates with him on several projects, describes him as “the Picasso of the animation industry.” Recounting her life-long love of movies, she explains, “I have been living with the feeling of being surrounded by talented artists since I was three, at the time I started to paint. And I feel that Mr. Yuasa’s genius is exceptional among others.” She continues, “I empathize fully with, and am influenced by his attitude of continuously pursuing new styles of work without staying in one place.”

It’s not only the stunning visual style of Lu Over the Wall that makes it stand out, however, but the story as well. When I mention the common themes of mermaid stories and the comparisons viewers might draw to films like Disney’s The Little Mermaid or Studio Ghibli’s Ponyo, Choi points out that those are stories that revolve “mostly around the Mermaid only as the main character.”

“But in Lu Over the Wall, the story is about the main character Kai, people in the town, Lu, and other mermaids as well”, says Choi. The producer brings up a dark undercurrent of the film, explaining, “One thing that is distinct about this film is that Lu, while seemingly cute, used to eat humans as a matter of fact, which puts her on the enemy side – in opposition to humans. I think that this is what makes Lu Over the Wall different from other movies. Mermaids don’t eat humans anymore, but there are some people still existing who ascribe mermaids to be their enemies. The story is developed from the mindset that ‘Lu is cute, but we might be killed by her in fact. It’s scary!'” 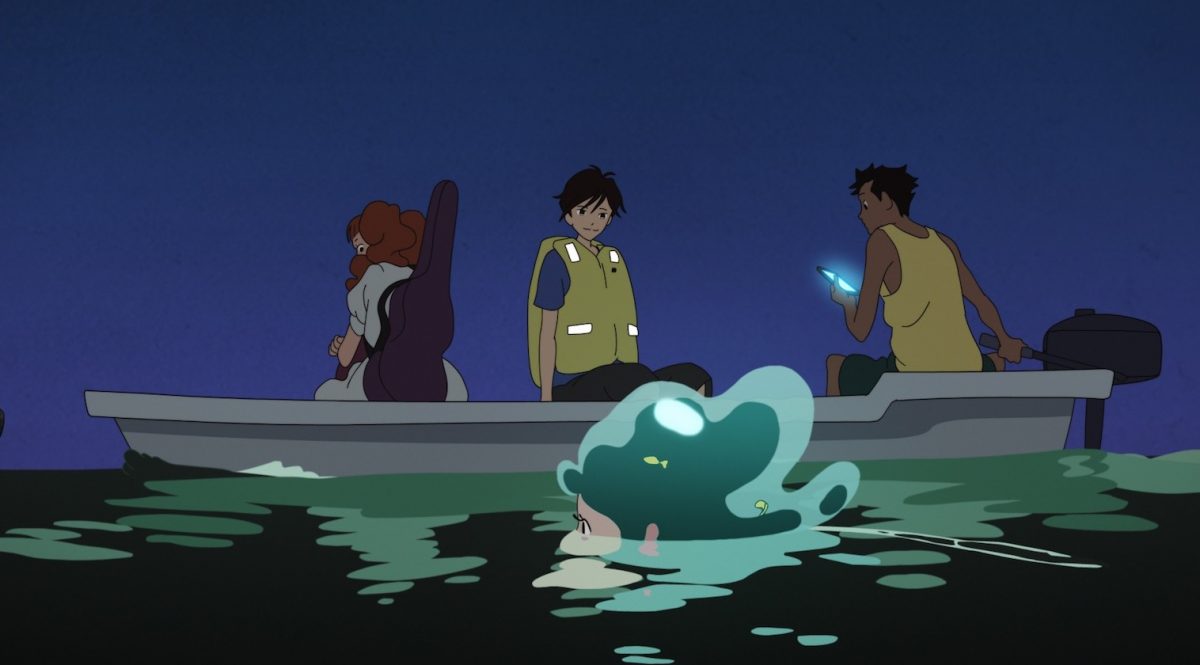 Her favorite scenes, though, are moments of “straightforwardness and honesty”—Kai singing for Lu, a scene where Lu is protected—Lu Over the Wall has no shortage of genuine, sincere moments that give the narrative space to breath and fill your heart. “The theme of Lu is to continue stepping forward doing what you love, and to speak your mind,” Choi says, praising Lu as a character “who can honestly express her emotions and put what she thinks into action.”

The idea of speaking (or perhaps singing) your mind is close to Choi’s own work in storytelling. Pursuing new styles is part of what makes Science Saru incredibly distinct—they boast a wide range of works that include titles like the bloody adult series DEVILMAN Crybaby, the romantic comedy Night is Short, Walk on Girl, the gorgeous sports series Ping-Pong, and now, Lu. Choi tells me she’s a fan of the saying “Stay Hungry, Stay Foolish” and “continuing to challenge ourselves with new things, without staying in a comfortable place.”

“I want to keep creating works that move viewers, and make them feel like they are able to take one more step forward,” she says.

Lu Over the Wall out in theaters now is just that!