Give Eugene Goodman All His Damn Flowers

A hero emerges from the Capitol 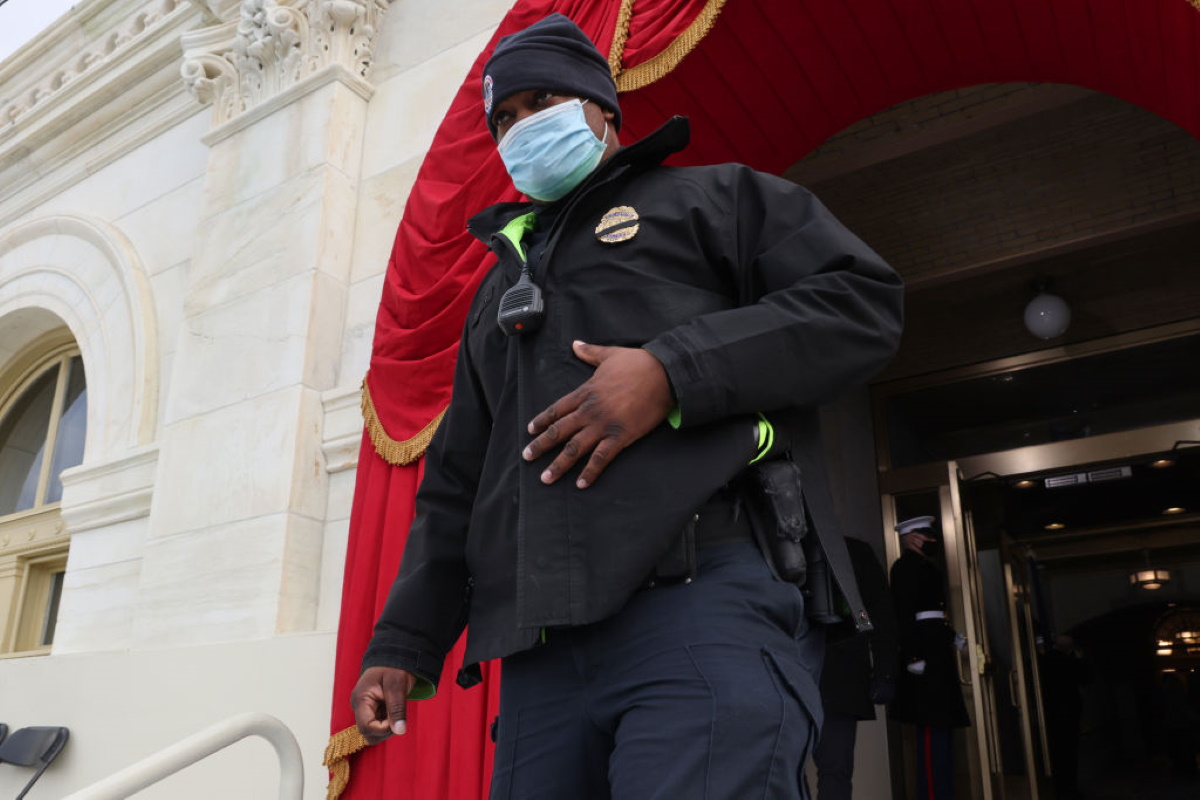 January 6, 2021, is a date that’s going to be forever immortalized in history books. On top of hoping that the text accurately tells the story of domestic terrorism and its complacent president, I hope there’s a part dedicated to Eugene Goodman.

Eugene Goodman is the lone Black officer who faced the mob of predominantly white terrorists who stormed the Capitol in the name of Trump. Video showed him purposely leading the mob away from Senate chambers, having them pursue him upstairs. Rebecca Tan of The Washington Post wrote about Goodman, the article showing an analysis of the encounter between Goodman and the mob. The analysis, conducted by Professor Kirk D. Burkhalter (a former officer for the NYPD) goes into detail about how badly things could’ve escalated had it not been for Goodman’s quick thinking.

For 85 tense seconds on Jan. 6, Goodman tried to hold back dozens of rioters, according to the video, twice retreating up a flight of stairs. Police experts say he wasn’t fleeing, but luring the mob away from the Senate chambers, where lawmakers were sheltering and armed officers — including one with a semiautomatic weapon — were securing the doors.

His actions likely preempted what could have been a violent confrontation, Kirk D. Burkhalter, a professor at New York Law School and a former New York City police officer, said in an interview.

The toll from the attack — five deaths, including a Capitol Police officer, a protester shot by police and three who died of medical emergencies — could have been far higher if Goodman had made different choices, said Burkhalter, who reviewed the video at The Post’s request.

“These folks had zip ties,” he said, referencing images of the rioters holding zip-tie handcuffs that have emerged since the attack. “It’s not unreasonable to say that they were ready to take hostages. . . . Officer Goodman really helped to avoid a tremendous tragedy.”

To praise him as a hero is an understatement, even if, according to the article, he’s not looking for any accolades.

That’s not to say he hasn’t received any.

Kamala Harris will be escorted to inauguration ceremony by Eugene Goodman, Capitol Police officer who became face of the resistance to rioters who stormed the Capitol two weeks ago today. pic.twitter.com/OEFpRM4t5F

From @jeffzeleny: A Biden aide confirms to CNN that USCP Officer Eugene Goodman, seen in video holding off and thwarting rioters from entering the senate chamber on January 6th, will escort VP Kamala Harris in his new role as Acting Deputy House Sergeant at Arms

But wait, I say as I cheer for a well-deserved promotion and the honor of escorting our new Vice President, there’s more!

According to Bruce C.T. Wright of News One, a bill been introduced to award Goodman with the Congressional Medal of Honor!

Nearly two weeks later, the country remained in deep gratitude to him for upholding his oath to protect and serve, something that stood in stark contrast to the potentially treasonous actions of some of his Capitol Police Department colleagues who appeared to aid and abet members of the riotous group of thugs whose actions that fateful day led to at least five deaths, including two police officers.

That’s why a bipartisan group of Congressmembers has introduced a bill to award Goodman with the Congressional Gold Medal, a distinction enjoyed by the likes of Rosa Parks, the Tuskegee Airmen and Dr. Dorothy Height, to speak nothing of the past U.S. presidents and international dignitaries who have also received the coveted prize.

“By putting his own life on the line and successfully, single-handedly leading insurrectionists away from the floor of the Senate Chamber, Officer Eugene Goodman performed his duty to protect Congress with distinction, and by his actions, Officer Goodman left an indelible mark on American history,” the legislation that was introduced by Florida Rep. Charlie Crist and Missouri Rep. Emanuel Cleaver II, both Democrats, along with Republican South Carolina Rep. Nancy Mace, says in part.

To see Goodman recognized for his actions is the kind of energy we need in 2021. We especially need to keep this energy as we acknowledge just how heavy of a task it was to be a Black person in that kind of situation. Yes, Goodman came through and is absolutely a hero, and as he continues to receive the praise he deserves, we need to remember what it was he was up against.

That mob wasn’t some new threat that our country faced, it was an emboldened representation of all of the hate and bigotry courtesy of our now ex-president, Donald Trump.

I’m sure that’s something Goodman was fully aware of that day, and to truly honor him, those who remain willfully ignorant of the issues in our country and how Trump elevated what had already been festering need to do better.