To all you Vader haters out there, we'll blow your planet up. 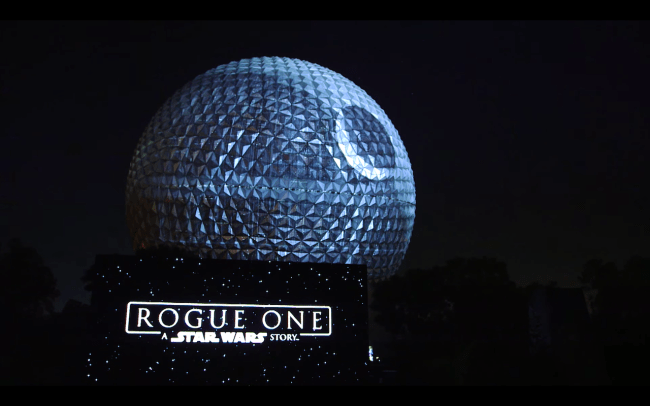 Epcot Center had a small ceremony last night to unveil a neat overlay for Spaceship Earth, otherwise known as That Weird Spiky Sphere at Disney World/Epcot. For those keeping track at home, it’s actually a geodesic sphere, so there.

It was actually a pretty rad overlay, one that made solid use of the kind of projection technology that Disney’s been using to enhance their fireworks shows throughout all their parks. While it’s not exactly a Death Star (because seriously, what), it does have a massive functional laser that looks downright pretty when it’s fired. 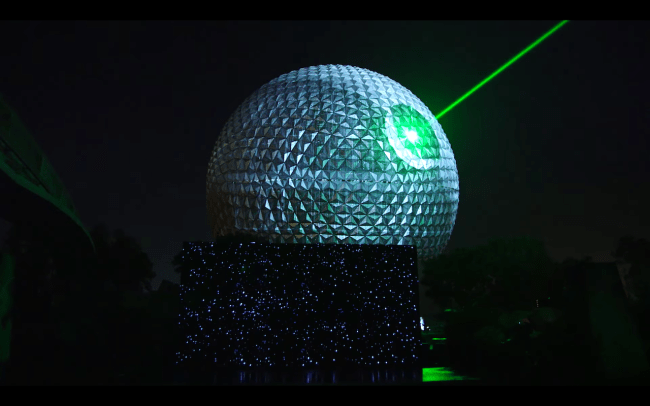 … which is, I guess, exactly what more than a few Alderaanians thought as their planet disintegrated. Sorry.

Anyway. The Death Star’s at Epcot as part of a Rogue One promotion. Seeing as how we’re 11 days (10 if you’re lucky and got an early ticket) away from the release of the movie, publicity stunts like this can probably be expected to increase in frequency. Not saying that’s a bad thing, no, not at all. I’m just wondering where you go from here. You did, after all, build a Death Star, what’s next? Are you going to blow it up every night during the fireworks sh—… oh.

Oh, now that would be cool.