What Book Would You Recommend for Someone Who’s Never Read Science Fiction Before? 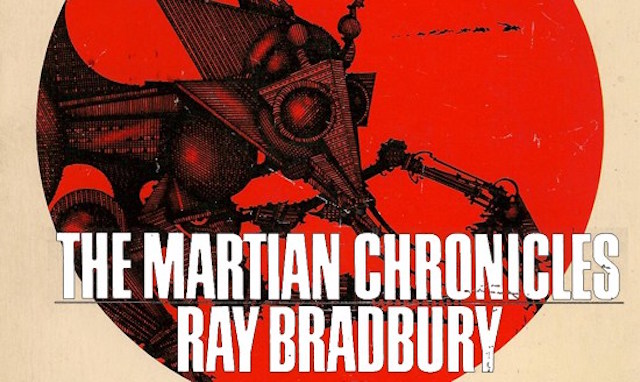 Genre can be a polarizing subject. I’ve been drawn to fantasy and science fiction literature all my life, but I have friends who would rather read the dictionary than pick up a book with a spaceship on the cover. But sometimes, the right book can create a convert. Do you have a favorite for the uninitiated?

Recently, a member of my mother’s bookclub suggested that, for a change, the club should try reading a work of science fiction. This was met with almost resounding derision—these are older people whose idea of science fiction is tied to pulpy novels that were churned out ages ago, and they turned their noses up at the idea. Knowing my predilections, my mother asked me for some recommendations.

I always love to suggest James Tiptree, Jr., because her writing is absolutely gorgeous and her themes are unapologetically feminist and progressive. Her personal story of writing under a male pen name, gaining success and acclaim, only to be “outed” as a woman and abandoned by some of her friends and fans for it, never stops resonating with me. (Tiptree-adjacent, Julie Phillips’ biography James Tiptree, Jr.: The Double Life of Alice B. Sheldon is stunningly written and intriguing as any fictional narrative.) Tiptree wrote few novels and it is her short stories that dazzle, as collected in Her Smoke Rose Up Forever, which I recommend to everyone who enjoys words. But Her Smoke is a huge book and I didn’t think my mother’s bookclub would be that into carrying it around.

So my next recommendation was Ray Bradbury’s The Martian Chronicles. Published in 1950, Bradbury’s trips to Mars are both dated and timeless. A loosely connected collection of short stories that follows the first human missions to Mars and the planet’s eventual colonization, this has remained one of my favorite books since I first read it in fifth grade. I try to read it yearly still, and every time it’s exciting and tragic and scary and beautiful and the writing is impeccable and evocative. I still can’t read “The Third Expedition” if I want to sleep that night. Tackling issues like war, racism, and colonialism with Mars as a backdrop, I can’t imagine a time when The Martian Chronicles isn’t important. When I worked in a science fiction bookstore, it was the first book I would suggest if a customer asked for my opinion.

In college, some fellow geeks and I helped a professor design a science fiction literature class. Some of the standouts from that remain H.G. Wells’ The Time Machine, Neal Stephenson’s Snow Crash, Mary Doria Russell’s The Sparrow (though I have serious problems with that book probably best kept for another post), Octavia Butler’s Kindred, and John Crowley’s Engine Summer. But those books were picked out for people who already had an interest in science fiction, so for folks who have never tried reading the genre before, I think my top pick remains The Martian Chronicles.

I’m curious to know what you’d suggest. Have you lured friends or family to the dark side with a beloved book? What’s the best entry-level jumping off point that’s sure to get them hooked? Tell us in the comments!