Confessions of an Emetophobic Gamer: Why Mortal Kombats Bo' Rai Cho Scared Me | The Mary Sue

Confessions of an Emetophobic Gamer: Why Mortal Kombat’s Bo’ Rai Cho Scared Me 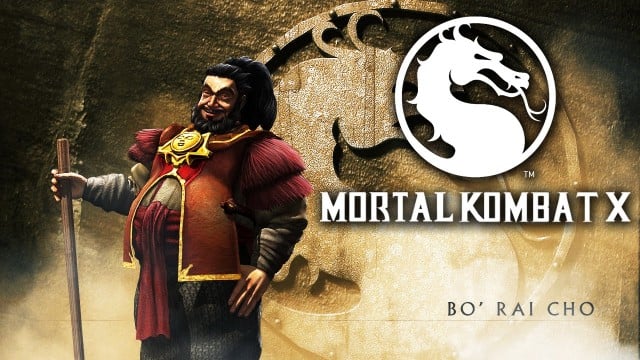 [Content Note: There are no graphic descriptions of vomiting in this article, but it does discuss media in which vomiting occurs.]

I used to beg my friend to select anyone but Bo’ Rai Cho, the fighter who could projectile vomit on command in Mortal Kombat: Deadly Alliance. When Bo’ Rai Cho stumbled closer to my chosen fighter, his round belly hanging over his pants, I held the block trigger on my controller and squeezed my eyes shut. I was afraid to look at the screen because I didn’t want to see Bo’ Rai Cho get sick. I was deeply frightened and I absolutely hated having zero control over the situation. It got to the point where I refused to play with my friend if he selected Bo’ Rai Cho because I couldn’t handle the stress. I’m not sure how or why I developed this phobia, but it’s the one thing I want to change about myself.

I’m so intensely afraid of vomiting or seeing another person vomit that it gets in the way of living a fulfilling life. I’m not sure I can properly care for an ill child or manage morning sickness if I decide to have my own child one day. Sometimes I’m stiff and uncomfortable around my young nephews and nieces because I’m afraid they’ll vomit on or around me. The fear is completely irrational, beyond frustrating, and shockingly common.

I never knew this phobia had a name or that it was so common. I used to avoid saying the word emetophobia because I was afraid to acknowledge it. I somehow convinced myself that talking about vomit or the fear of vomiting would cause me to vomit. I now embrace the word because it tackles the fear head on and it helps others understand what it is. The fear of vomiting not only altered the way I act in certain situations, but also the way I eat. I’m afraid of eating uncooked chicken and will thoroughly inspect each and every piece. I’m also bothered by specific food textures such as melted cheese. I usually scrape cheese off of pizza because I’m easily nauseated by the feeling of melted cheese in my mouth. I don’t see food as nourishment, I see it as poison.

Sometimes it’s difficult for me to consume media because I don’t want to be subjected to a puking scene. Movies and television shows are worse than videogames because I don’t have any control over the characters. If there’s a puking scene, I have to avert my gaze and block my ears until it’s over. My instinctive reaction embarrasses me because I get insecure about how I might look in front of others. What will other people think if they happen to glance over at me in the cinema? Will they think I’m weak and pathetic?

Bo’ Rai Cho is intended to be a humorous character in the Mortal Kombat franchise, but for someone like me, he’s a nightmare. Most puking scenes are meant to funny, but it’s the one body function that scares me to the core. Though I agree it’s better to upchuck the poison instead of holding the nastiness in, I’m unable to produce a rational thought when panic strikes. I break out in a cold sweat and curl up on the floor near the toilet. My body, as if someone else is trying to take possession of it, shakes and shakes until my muscles are sore. It’s a horrible feeling and I loathe every second of it.

I feel more comfortable playing videogames than I do watching movies or television shows because I can control the character and, sometimes, the narrative. I’m much calmer when I have control. I know I can pause or fast forward a movie or television show, but I don’t always have that option. What if I’m subjected to a puking scene in a movie theatre? What if I’m watching a show with a group of friends? It’s impossible to always have control.

I’m no therapist, but I can self-reflect and make connections. My fear of vomiting likely stems from my need for a clean and organized environment. The house I grew up in was over 100 years old and immaculately kept. If I dirtied the sink or floor, someone would always clean up the mess. I operated in a sanitized environment for the majority of my life, so I’m accustomed to an organized lifestyle. Whenever my current apartment is in a state of disarray, I get anxious.

I want to end this article on a positive note, but I’m not there yet and I don’t have it in me to lie to you. I’m on medication and I see a therapist every week, but it’s still a work in progress. The fear is so inherent that I have to re-wire my brain and learn to respond differently. I’ve accepted my fear and taken the time to understand it, but I’m not out of the woods and that’s OK. If you’re suffering from this phobia, know that you’re not alone.