2018 Loves a Good Biopic About Freddie Mercury and Elton John

Hold me closer, Tony Danza. We're excited about these biopics but why now? 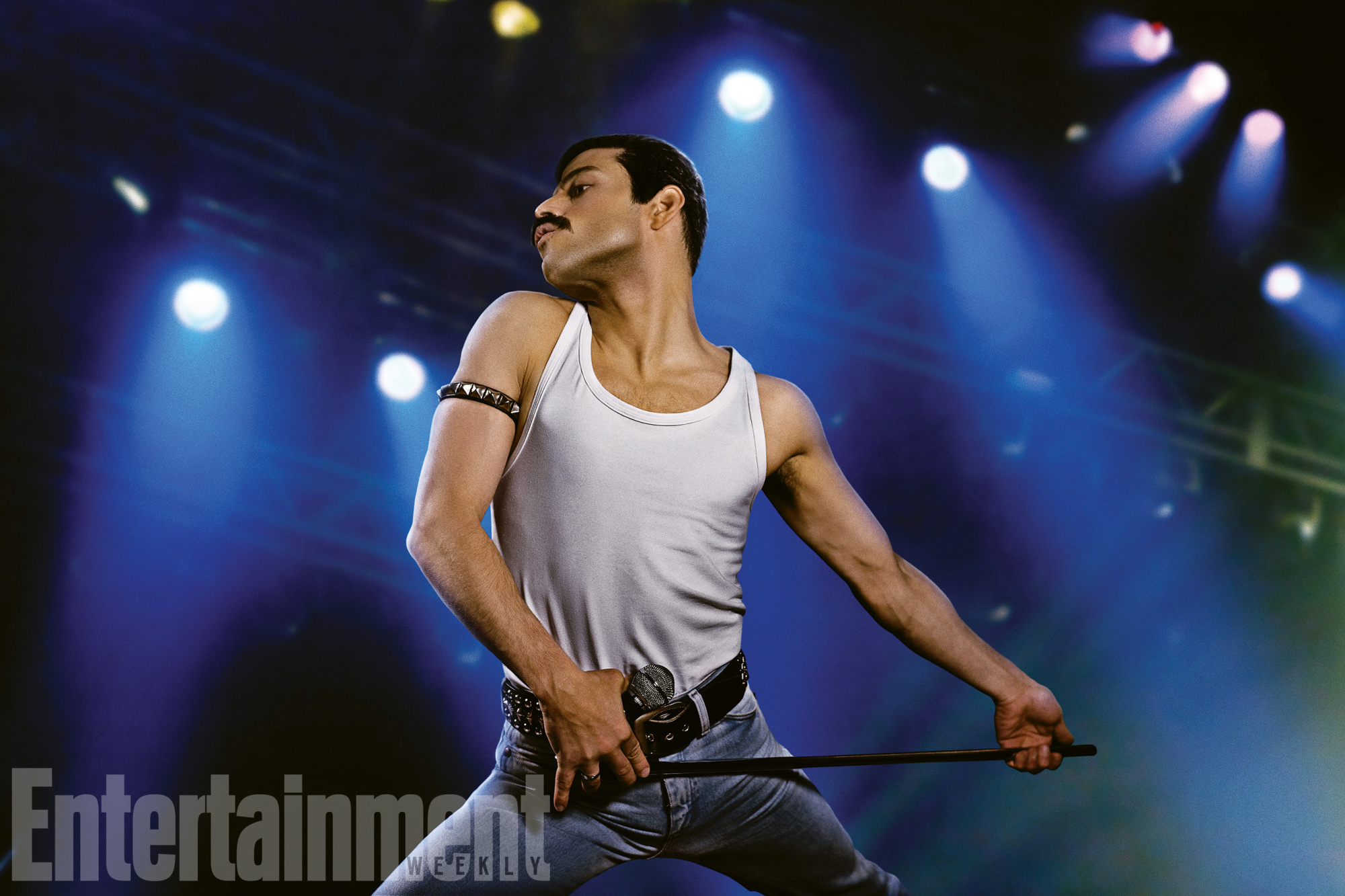 The rise of the biopics is now, but the real question is: why? Suddenly, it seems, we have quite the amount of movies coming out that tell the stories of cultural icons. More specifically, two queer icons who changed the way we view music. It wouldn’t be that surprising if it was one or the other but now, it feels like we just need a David Bowie biopic trailer to drop and we’ve created a holy trifecta.

Bohemian Rhapsody stars Rami Malek as Freddie Mercury and Rocketman Taron Egerton as Elton John; both the movies are aptly named to reflect the musicians’ most popular work (arguably). And, of course, both trailers feature their songs heavily while giving very little hint as to the full scope of either movie.

With Bohemian Rhapsody, we at least can see that we’re going to get the origin of Queen and Freddie’s influence on the band’s songs and his ever-evolving looks (we don’t see his classic mustache until quite a way into his career, and the trailer reflects that). But again, we don’t know much about how the movie plans on telling us Freddie’s story. Is it going to be just a straightforward biopic? Or is there a twist to it, showing life through Mercury’s eyes (as seems to be the feel of Rocketman)?

Then today, we were given the trailer for Rocketman, and our questions for the vision of this movie only grew. Simply put, Elton John is a fascinating man and listening to his music is an experience like no other. What intrigues here is that Rocketman seems to be a movie that follows his life but also is shot from his distinct point of view? There’s a whole bit in the trailer where Elton is singing Rocketman and the audience begins to fly away as he does as well.

So does that mean we’re seeing what it is like to be Elton John, or is this movie more just taking liberties to try and capture the essence of Elton John while showing his life to us? And what do you think of Egerton’s casting?

Both look like incredible movies, bringing these larger-than-life men into our lives in new ways. That being said, it’s interesting that in late 2018, we’re presented with not one, but two different biopics that feel as if they are in a similar vein. Did Paramount and Fox plan this, or is just that kind of mood we’re all feeling? Did we just need stories about Freddie Mercury and Elton John to make us all feel better about the state of the world?

Whatever the case may be, at least this gives us hope that there will be some kind of David Bowie biopic on the horizon (please!) and hopefully, that would be just as out of this world as Bowie was to us all. Until then, we’ll have Bohemian Rhapsody and Rocketman to hold us over.