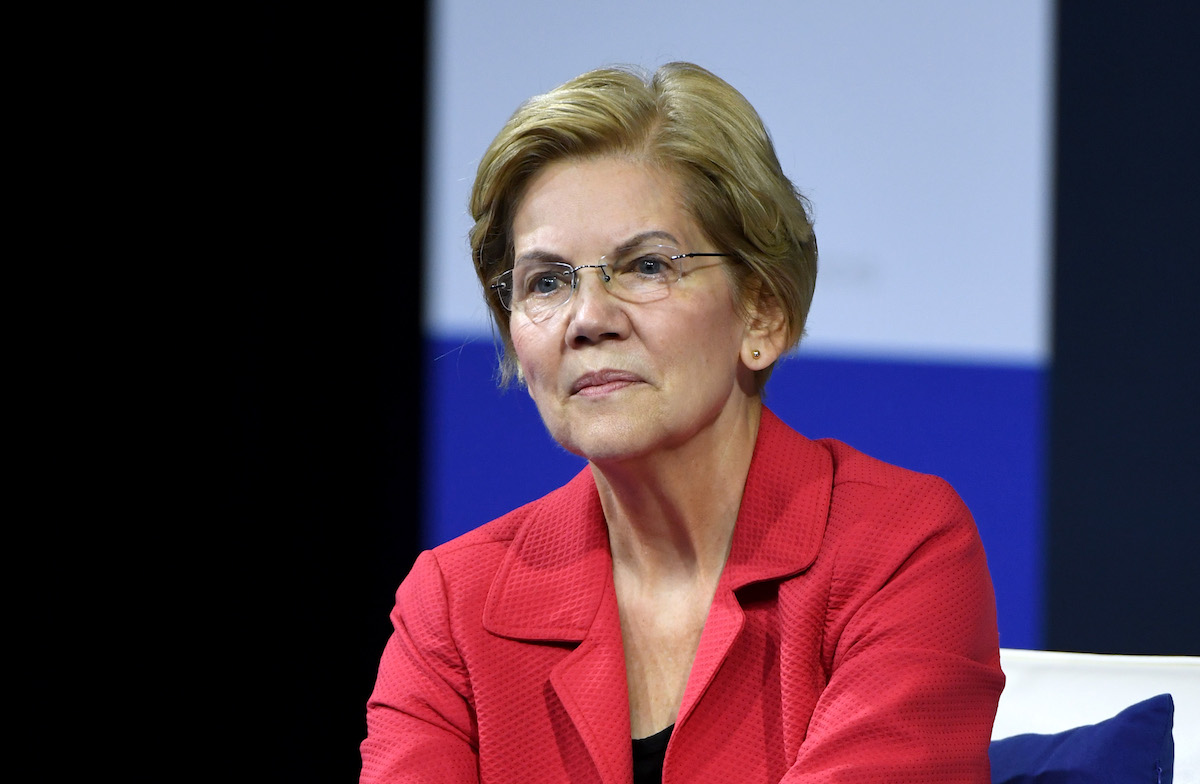 In a totally unsurprising turn of events, a lot of conservatives are choosing not to believe Elizabeth Warren’s story about being fired from a teaching job because she was pregnant. A right-wing news site called the Washington Free Beacon released claims that Warren resigned on her own, showing minutes from a 1971 board meeting saying they wanted to extend Warren an offer for another year at the school, but that she resigned. Naturally, the right-wing media has run with this (despite the claims being full of holes) because they love to find new ways to try and claim women and Democrats are liars.

Warren has stood by her story on Twitter and in interviews, and has called out how pregnancy discrimination continues in subtle and not-so-subtle ways to this day.

This was 1971, years before Congress outlawed pregnancy discrimination—but we know it still happens in subtle and not-so-subtle ways. We can fight back by telling our stories. I tell mine on the campaign trail, and I hope to hear yours.

Others on Twitter spoke about pregnancy discrimination and how it affected them, sharing their stories in solidarity with Warren and to draw attention to a form of misogyny that still affects people to this day, despite it ostensibly being outlawed.

People who think Elizabeth Warren‘s old employer would have written “terminated employee for pregnancy reasons today“ are the same ones who helpfully pointed out that Brett Kavanaugh’s calendar for July 1, 1982 didn’t read “9pm: Attempt to rape Christine Blasey.”

There was a time when judges would not finalize the divorce of a pregnant woman, and yet you doubt a woman when she says she was pushed out her teaching job due to pregnancy in 1971. Most of y’all weren’t born before ‘85. You have no idea what this world was like.

re elizabeth warren and pregnancy discrimination: @askamanager ran this letter less than a week ago https://t.co/Zf9XVlpkfT pic.twitter.com/B1dqemZ8NK

The men debating how pregnant women were and are treated are such a depressing reminder of how impossible it is for some men to empathize with women even a little bit. Also I bet their mothers are disappointed in them.

These stories are so important to share, even if they’re deeply upsetting. Pregnancy discrimination still affects who is able to get jobs and is something that men are rarely asked about during the interview process (which, perhaps, is part of why they don’t believe it actually happens). Women deserve better than this treatment, period. There’s no excuse for discriminating against women based on their relationship status, their desire to become a parent, or if they are already pregnant.

It’s also distressing that Warren is being painted as a liar for this when this is something that still happens. This is a form of gaslighting, as it calls into question Warren’s recollection of events. As one of the above tweets says, do you really think they’d leave a paper trail of pregnancy discrimination? Once more we see women are not being believed as they express their stories of societal misogyny.

The constant gaslighting women face when they share their stories is deeply frustrating and all too common. I’m glad, however, that Warren is holding fast to her story and that she’s encouraging others to share their stories as well. Change happens when we come together, so maybe more women speaking out will lead to meaningful change.