Elizabeth Warren Has a Fantastic Response to a Question About “Old Fashioned” (Read: Bigoted) Views on Marriage 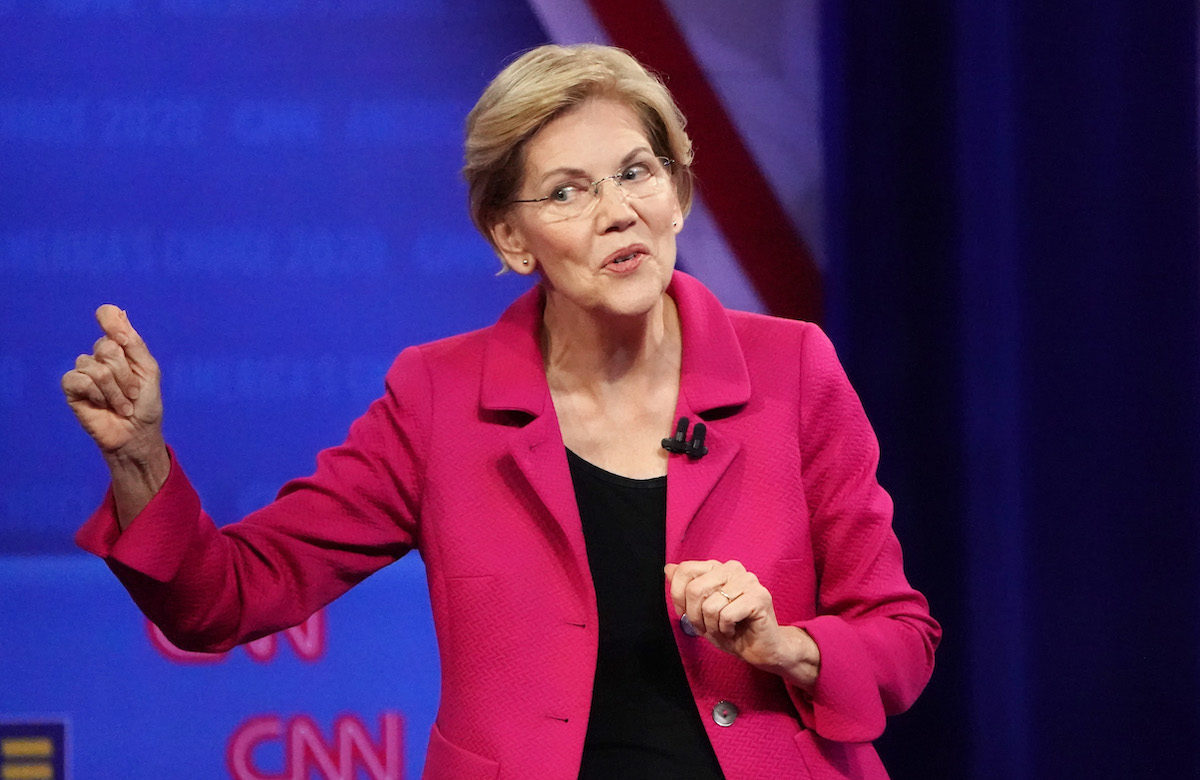 At a town hall event in Los Angeles Thursday night, Elizabeth Warren gave the perfect response to a question about “old fashioned” views of marriage.

The event was presented by CNN and the Human Rights Campaign, and featured back-to-back interviews with nine candidates, all centered on LGBTQ+ issues. During her time, Warren was asked by HRC’s Board of Directors chair Morgan Cox what she would say if a supporter told her they believe marriage is between one man and one woman, specifically because of their faith.

“I’m cool with that,” said with a shrug. And once the laughter and applause died down, she added, “Assuming you can find one.” Burn.

Now, to be fair, there are plenty of men and women who hold these kinds of anti-LGBTQ views. But Warren is showing that conservatives don’t have a monopoly on faith and that Christianity doesn’t inherently equal an opposition to LGBTQ rights. She was asked by CNN’s Chris Cuomo is there was ever a time she felt differently about same-sex marriage and she said no. She said that’s what she learned in the church she grew up in. (Although she did support that point using a really outdated Bible school song.)

“That was the basis of the faith that I grew up in,” she said. “And it truly is about the preciousness of each and every life. It is about the worth of every human being.” She said she saw that “as a matter of faith,” and that the “hatefulness always really shocked me.”

There were a lot of great moments from the town hall. Candidates spoke about a whole range of issues, including conversion therapy and the dangers LGBTQ immigrants and asylum seekers face.

Trans rights were front and center last night. At one point, protesters interrupted a question for Pete Buttigieg and Anderson Cooper had a great response, reminding the audience that protest has a longstanding and important place in LGBTQ spaces and that it’s welcome.

Julián Castro—who was wearing a ribbon commemorating those murdered at the Pulse nightclub in 2016—criticized the Trump administration and specifically his successor as Housing and Urban Development Secretary Ben Carson for rolling back protections for transgender people.

At the #EqualityTownHall, @JulianCastro hits back at @SecretaryCarson‘s transphobic comments: “When you’re housing secretary, you’re there to serve everybody.” pic.twitter.com/yUY65AOVlD

Kamala Harris talked about how trans people of color are much more likely to be victims of hate crimes.

“I look at the fact that when you compound race with being transgender, you are doubly exposed… We know that certain populations are more vulnerable to hate due to other people’s prejudice.” – @KamalaHarris #EqualityTownHall pic.twitter.com/rHh7YXLZb0

Warren talked to a nine-year-old transgender child about the importance of a Secretary of Education who cares about both public education and children—two things our current Education Secretary does not care about at all.

I will have a Secretary of Education who believes in public education, who believes in the value of every single one of our kids, and who will enforce our civil rights laws. #EqualityTownHall pic.twitter.com/KngSqm3Flo

The Human Rights Campaign has more clips from the event on their Twitter page.