Why are F-bombs worse than actual bombs? 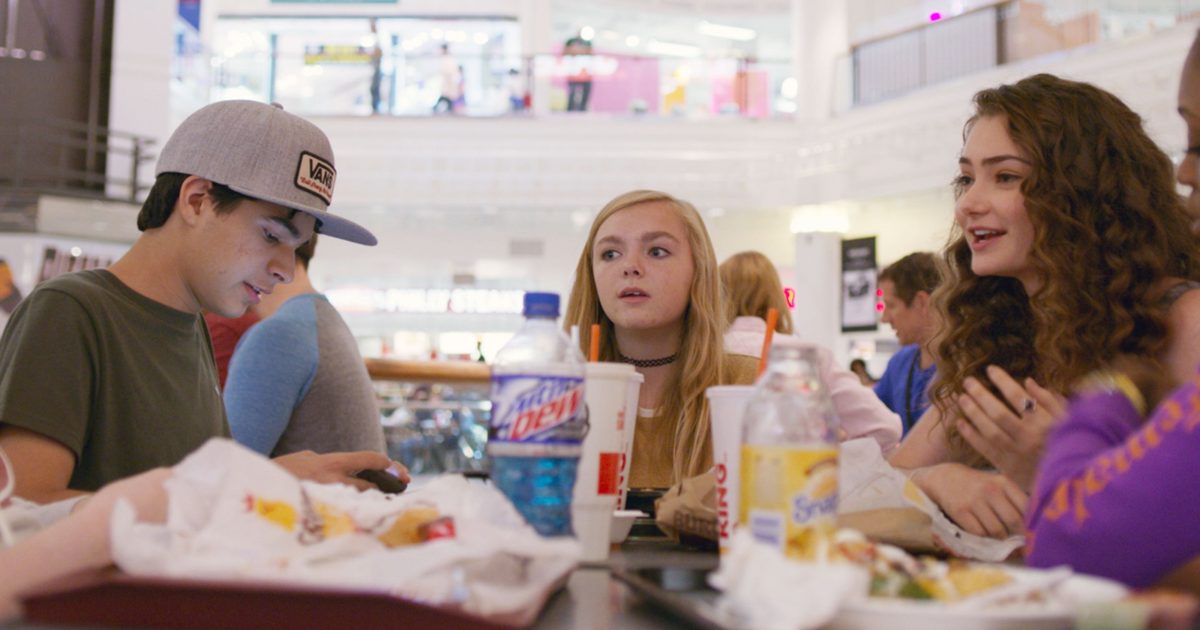 Bo Burnham’s new film Eighth Grade, which premiered at Sundance in January, follows Kayla, a 13-year-old girl struggling to find her place and herself in the final week of eighth grade. While the film has received critical acclaim as a naturalistic and poignant coming of age story, actual eighth graders will be unable to see it, unless a parent or guardian brings them. The film, which features five uses of the word “fuck,” has automatically been granted an R-rating.

The MPAA, the shady and mysterious Powers That Be behind movie ratings, have hard and fast rules in place when it comes to the F word. PG-13 movies are limited to one “fuck” per film. According to Section III, C, 3 of the Ratings Rules:

“A motion picture’s single use of one of the harsher sexually-derived words, though only as an expletive, initially requires a PG-13 raging. More than one such expletive requires an R rating, as must even one of those words used in sexual context. The Rating Board nevertheless may rate such a motion picture PG-13 if, based on a special vote by a two-thirds majority, the Raters feel that most American parents would believe that a PG-13 rating is appropriate because of the context or manner in which the words are used or because the use of the words in the motion picture is inconspicuous.”

In addition to the “fucks,” the film also features conversations about sex, including the main character watching a Youtube video on how to give a blow job, before getting grossed out and turning it off. The MPAA labeled this as “some sexual material.” Despite this, groups like the non-profit parental watchdog Common Sense Media still recommend that parents see this film with their kids, saying, “There’s so much here for parents and their teens to unpack, from mean-girl behavior and too much/inappropriate screen use to the importance of being careful around older teens (particularly for girls) and saying ‘no’ to unwanted sexual advances.”

The controversy around Eighth Grade‘s rating is an old and frustrating one, as the MPAA has had a long history of cracking down on language, nudity and sexual content, while giving increasing leeway to films with violence and disturbing images. Films like The Dark Knight and Suicide Squad are rated PG-13. The Ring, a movie which scared the shit out of me as a grown ass adult, is rated PG-13.

Everyone remembers the coming-of-age trauma that was the first film they were too young to see. Maybe you saw It on television and had nightmares about Pennywise. Maybe an older sibling made you watch Friday the 13th before you were ready for it. My mom is nearly 70, and she can still recall seeing Vincent Price’s The Fly and being traumatized for weeks afterwards. But can you remember the first time you heard “fuck” in a film? Probably not, because there isn’t a school kid around who hasn’t heard it from parents, friends, or in the hallways at school.

The MPAA is a bizarre and clandestine operation that has a shocking amount of sway over the film industry. They also have a history of treating queer material and storylines more harshly than straight ones. For more information on how it operates, I highly recommend Kirby Dick’s 2006 documentary This Film is Not Yet Rated.