Effie Brown, Peter Farrelly, and How We Talk About Women in Power 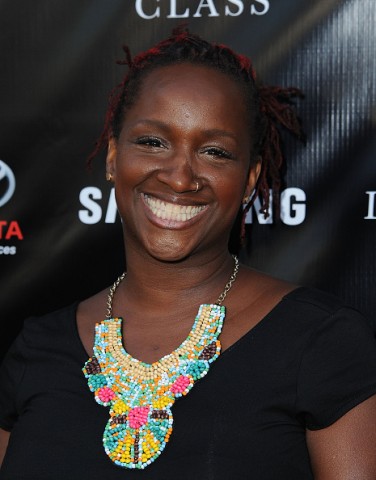 Women, no matter their industry, are often told that they’re “overreacting” when they bring up a concern. Even when, in the case of producer Effie Brown on Project Greenlight, their tone remains even and respectful despite having reason to be upset, women are told to “calm down.” Get ready for another awesome moment of privilege brought to you by the folks at Project Greenlight, and several of the media outlets covering this week’s episode.

Director Peter Farrelly has decided to leave Project Greenlight as Jason Mann’s mentor citing a tense interaction between him and Brown as the reason. Here’s how it went down:

So, yes – Brown was upset. And Farrelly – someone with over two decades in the film industry – couldn’t understand why.

Producers are in charge of production. Producers hire directors. Brown is in part responsible for Mann having this opportunity. So, why wouldn’t Farrelly approach the film’s producer first before trying to handle the director? Now, apparently Farrelly assumed that Brown knew when he called her, and he was trying to help – but when she got upset, and he learned that she hadn’t been informed (which he should have done as one of the professionals involved in all this), his response to her anger? “Whatever.”

Then, at the end of the episode, he quits his role on the show. Why?

I’m running for the hills. I was really excited … [but] I don’t want to work under these conditions. I can see that Effie wants drama, but I do not want to engage in it.

Um…he “doesn’t want drama?” So, he has no problem mentoring a director he himself called “pretentious” and “ungrateful” and didn’t like at all in Episode 1; a director that has done nothing but cause drama since he arrived. Farrelly was totally willing to be that guy’s mentor. But a fellow professional who’s worked on about as many films as he has expresses a concern, and he’s ready to bail. Because of “drama.”

Also, this happens only after Farrelly second-guesses Brown a previous time in the same episode, on a phone call about locations. Brown has decided that, despite Mann’s desire for a house that looks like a centuries-old Connecticut home, their budget limits them to shooting in L.A, where it is difficult to find a home that is older than the 1920s. As she’s trying to convince Mann of this, Farrelly – on their conference call for some reason – suggests that they consider shooting in Georgia, or some other state where it’s cheaper to shoot because of tax breaks. As if someone of Brown’s caliber wouldn’t have already considered that. So, really, the incident over taking Mann to the lab was the straw that broke the camel’s back – not merely an innocent mistake to which Brown “overreacted.” And yet that’s how the episode framed the incident.

A lot of the press that has covered this episode has been no better. According to Pajiba:

It felt like a minor misunderstanding, but Brown blew it out of proportion, getting upset with Farrelly for essentially duplicating something that she’d already done, namely walk Mann through a process that makes shooting digitally look more like shooting on film. Farrelly ultimately wanted the same thing as Brown, but he consulted directly with the director instead of going through her, and in doing so, stepped “in her lane.”

Meanwhile, in a review of the episode over at A.V. Club:

Effie may have a valid point about “a million cooks in the kitchen” making it impossible to get everything done on their tight schedule, but her reaction here is almost absurdly over the top in comparison to the perceived crime.

So, Brown is over the top…but Farrelly up and quitting is totally rational? I’d say the only “drama” being caused here is being caused by Farrelly, who is taking his toys and going home rather than being a professional and simply apologizing for overstepping or overlapping what’s already been done without meaning to.

Yet men are never expected to compromise themselves or their desires. Filmmakers like Mann and Farrelly are free to huff and puff all they like…but it’s only labeled “drama” when it’s a woman doing the huffing and puffing.

Geez, this season of Project Greenlight is a shit show. However, we should be grateful, as it gives us an inside look into how sexist and racist Hollywood and the media can actually be.