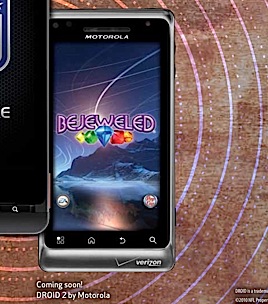 The Summer/Fall 2010 wireless device catalog from Verizon Wireless has just leaked, and we’ve been treated with an unexpected surprise: The Motorola Droid 2, which Verizon has yet to announce, is a centerpiece feature of the document and pegged as “coming soon.”