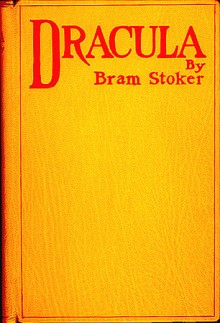 It was on May 26th in 1897 that Bram Stoker’s vampire novel Dracula first made its way onto bookstore shelves and into popular lore. When I just recently learned this fact, I raised my fists to the air, thinking loudly, “This is the day that 113 years ago, a course of events was put into motion that ultimately led to Twilight! Curses!”

I had, of course, assumed that as the definitive piece of vampire literature, Dracula was also the first. But you know what they say: When you assume, you make incorrect claims about the ancient origins of irritating popular culture phenomena. Or something to that effect.

After a bit of research, just to confirm my disdain was well founded, I realized it wasn’t. Dracula was actually preceded and inspired by the work Carmilla by Joseph Sheridan Le Fanu, which came out in 1872. This novel, the real first vampire novel (though still not the first piece of vampire fiction), tells the story of a lesbian vampire who seduces a young girl and manipulates her family. Wait a minute. Carmilla sounds familiar. Lesbian vampires. I’ve got it!

It turns out, this movie wasn’t the completely random romp I once considered it to be: 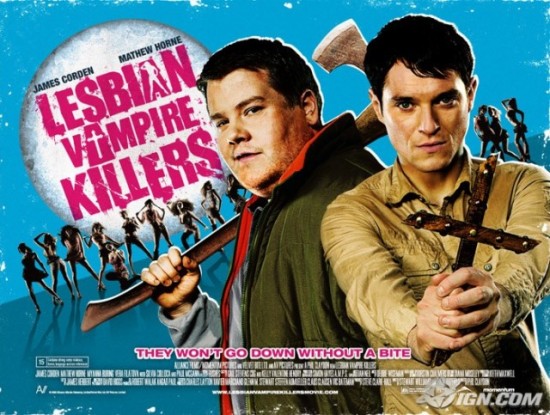 I was recommended this movie a couple months ago for its camp value, so I watched it and boy, did it live up to that hype. Two guys go on an adventure to a town plagued by the curse of the ancient lesbian vampire Carmilla, who sought vengeance after a knight, and I quote the film here, “lopped her fucking head off.”

Our two “heroes” stumble upon a gaggle of gorgeous girls, nearly all of whom get vampirified and turn against them. And just to top everything off, whenever one of the vampires is killed, she explodes in a burst of sticky white goo. Yup.

So you can see why I didn’t put any faith in this tale as being one of ancient lore.

So my mental, misplaced anti-Twilight tirade from earlier this morning has now come full circle. It’s clear that Carmilla is the real culprit behind Bella’s vampire lust having any place in a novel. But on the other hand, Carmilla spawned one of the best campy films I’ve seen in recent years. And it turns out Carmilla has made many, many more media appearances I’ve been mysteriously oblivious to, including a cameo in a Doctor Who serial and several more dramatic feature films including The Vampire Lovers, Carmilla, and Et mourir de plaisir (renamed Blood and Roses for English audiences).

I guess I can tolerate a world with Twilight in it if it means I get my Dracula and Lesbian Vampire Killers too.