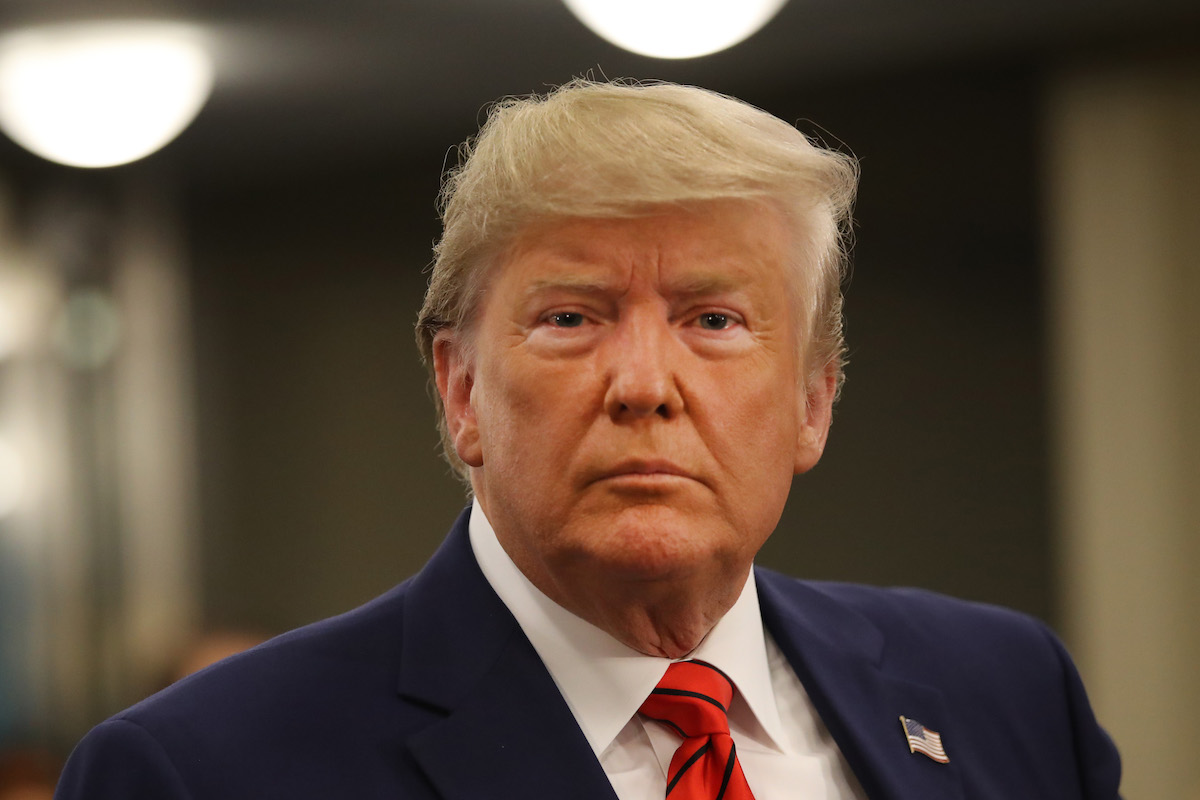 Donald Trump got up in front of the United Nations and embarrassed our country again today. First of all, he brought his adult children with him–even the ones who don’t work for the White House, including Tiffany, Don Jr, and Don Jr’s Fox News girlfriend. That’s pretty weird.

why is an independent businessman at the #unga pic.twitter.com/n1xBnk85oS

But the speech itself was far weirder. Trump’s address was aggressive and hostile. He defended his obsession with a border wall, saying “Each of you has the absolute right to protect your borders. And so, of course, does our country.”

He got a few steps closer to starting a war with Iran, calling the country’s regime one of the “greatest security threats facing peace-loving nations.” As expected, he urged others to join him in that fight, saying “all nations have a duty to act” and that no country should “subsidize Iran’s bloodlust.”

The president, who is constantly tweeting about how media companies should close and individual citizens should be fired from their jobs, attacked social media giants for silencing conservative voices–a thing that isn’t happening but that Trump loves to talk about. He condemned an “overly disdainful” “permanent political class,” accusing “media and academic institutions” of attempting to “push flat-out assaults on our histories, traditions, and values.”

“A free society cannot allow social media giants to silence the voices of the people,” he went on. “And a free people must never, ever be enlisted in the cause of silencing, cancelling or blacklisting their own neighbors.”

Yup, that’s the president talking about cancel culture at the UN.

Trump’s entire speech was oddly menacing, both towards Americans and towards other countries. At one point, he boasted about our country’s great military power, telling the room, “Hopefully it will never have to use this power.”

But despite the aggressive tone of his words, his delivery was painfully slow and completely monotone. The effect is really disconcerting.

this is one of the oddest speeches Trump has delivered. He’s reading menacing stuff, but doing so as though he’s trying to put people to sleep. #unga pic.twitter.com/gUClxMsUk4

He sounds like he’s boring himself–and he appears to have actually put commerce secretary to sleep with this speech.

Is Wilbur Ross … is he sleeping through Trump’s #unga speech? pic.twitter.com/rmzjtuFedB

Everything about this is so bizarre. Trump appears to be sleepwalking through a speech that reads like Stephen Miller’s Greatest Hits. I’ve never heard someone dog-whistle so loudly with this little energy.

Laying out his nationalist vision, Trump said that “the free world must embrace its national foundations. It must not attempt to erase them or replace them.

“The future does not belong to globalists. The future belongs to patriots,” he said.

The theme for this year’s UN General Assembly debate (of which this speech was a part) was, by the way, “Galvanizing multilateral efforts for poverty eradication, quality education, climate action and inclusion.” Is it strange that I don’t feel entirely galvanized?