Donald Trump Is Incapable of Empathy 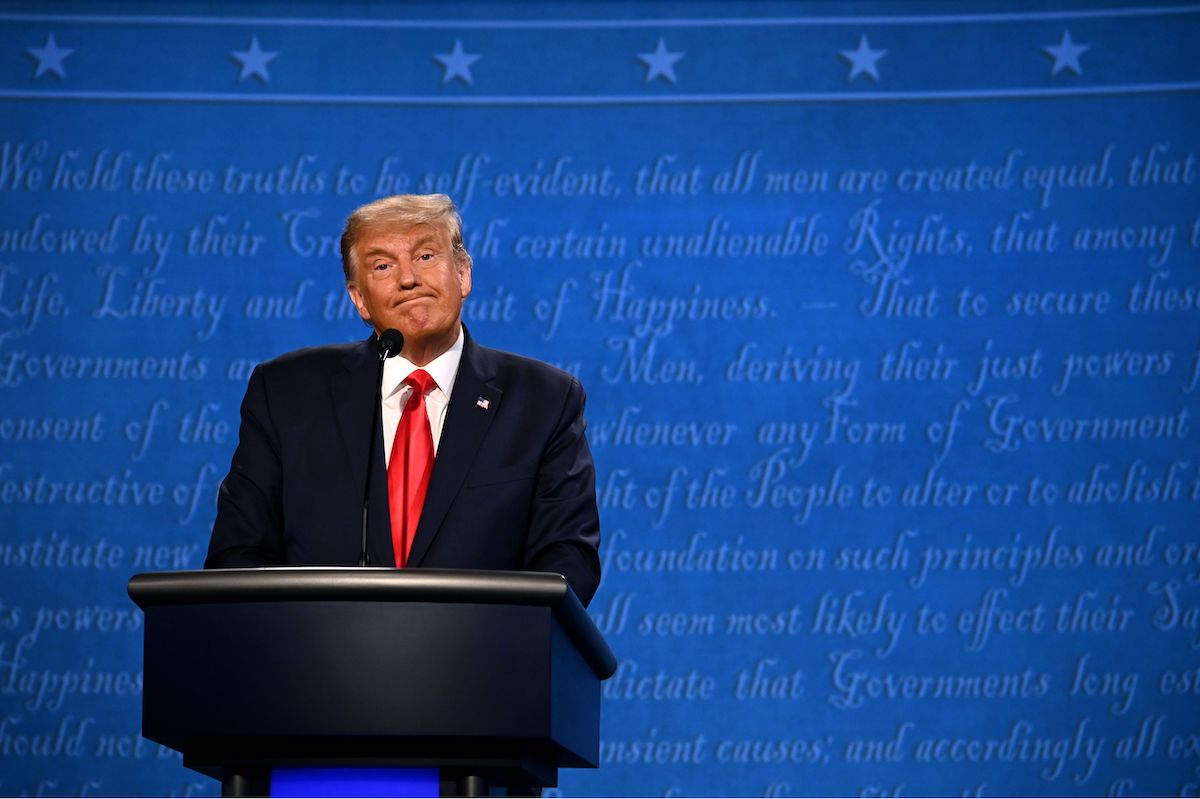 When presented with an opportunity to either express empathy for someone or to react callously, Donald Trump has proven that he will always choose the latter option. At last night’s presidential debate, he was presented with so many of these opportunities. And every single time he had the chance to even pretend to be a caring, feeling human being, he rejected it.

It started with the very first question, when moderator Kristen Welker (whom Trump had spent the week attacking online) brought up the COVID-19 pandemic and the Americans it’s affected.

“More than 40,000 Americans are in the hospital tonight with COVID, including record numbers here in Tennessee. And since the two of you last shared a stage, 16,000 Americans have died from COVID,” Welker said. “So please be specific: how would you leave the country during this next stage of the coronavirus crisis?”

Trump could have responded with even a shred of empathy for those people who died or who are currently suffering, or for their families. Instead, he was defensive of himself.

“So, as you know, more 2.2 million people, modeled out, were expected to die. We closed up the greatest economy in the world in order to fight this horrible disease that came from China,” he replied. He also falsely claimed that spikes in many states are “gone” and boasted that he’s “immune” to the virus now that he’s “recovered.”

If you’re wondering what a better answer would have been, here’s what Biden said:

220,000 Americans dead. If you hear nothing else I say tonight, hear this. Anyone who’s responsible for not taking control — in fact, not saying, I take no responsibility, initially — anyone who is responsible for that many deaths should not remain as President of the United States of America.

Welker asked Trump about health insurance and his desire to overturn the Affordable Care Act. “20 million Americans could lose their health insurance almost overnight,” Welker said, asking what Trump would do to help them.

Trump responded by bragging about eliminating the individual mandate. He talked about how terrible he thinks Obamacare is and how socialized medicine is bad. He did not talk about those 20 million people at risk of losing their insurance.

Trump clearly finds it impossible to think about the actual humans at the center of these questions. Welker asked him about the current, staggeringly high, unemployment rate.

“As of tonight, more than 12 million people are out of work. And as of tonight, 8 million more homes have fallen into poverty, and more families are going hungry every day,” she said. “Those hit hardest are women and people of color. They see Washington fighting over a relief bill. Mr. President, why haven’t you been able to get them the help they need?”

Trump responded by blaming Nancy Pelosi. He did not express any actual words of concern for those people Welker asked him about, only contempt for Democrats.

When asked how he would reunite the more than 500 immigrant and refugee children whose parents cannot be located after they were separated at the border, Trump’s response was impossibly callous. Instead of answering the question, he blamed Barack Obama for having “built the cages” those children have been locked in:

Trump: Let me just say. They built cages. You know, they used to say I built the cages. And then they had a picture in the newspaper. There was a picture of these horrible cages and they said, ‘Look at these cages, President Trump built them.’ And then it was determined they were built in 2014. That was him.

Welker: Do you have a plan to reunite the kids?

Trump: Yes, we’re working on a very — we’re trying very hard. But a lot of these kids come up without the parents, they come over through cartels and the coyotes and through gangs.

Trump also claimed that the children are “so well taken care of” and that “they’re in facilities that were so clean.”

It is true that these facilities were built under Obama, but the Trump administration’s “zero tolerance” policy has ramped up these separations and detentions to an unprecedented level. It’s also not a response to the question he was asked.

Finally, Welker turned to an issue of race and racism. “I want to talk about the way Black and Brown Americans experience race in this country,” she said. “Part of that experience is something called ‘the talk.’ It happens regardless of class and income–parents who feel they have no choice but to prepare their children for the chance that they could be targeted, including by the police, for no reason other than the color of their skin.”

Welker asked the candidates to “speak directly to these families.” Trump did not do that.

Instead, he attacked Biden for doing “such harm to the Black community.” He said that “nobody has done more for the Black community than Donald Trump,” with the “possible exception” of Abraham Lincoln. He said he “saved” historically Black colleges and universities. He told Welker, who is Black, that he is “the least racist person in this room.”

It’s hard to imagine watching this debate and coming away thinking Donald Trump is the person you’d want representing you and having control over your life in any way. Hopefully, a lot fewer people feel that way now than they did four years ago.

(image: WATSON/AFP via Getty Images)
Want more stories like this? Become a subscriber and support the site!