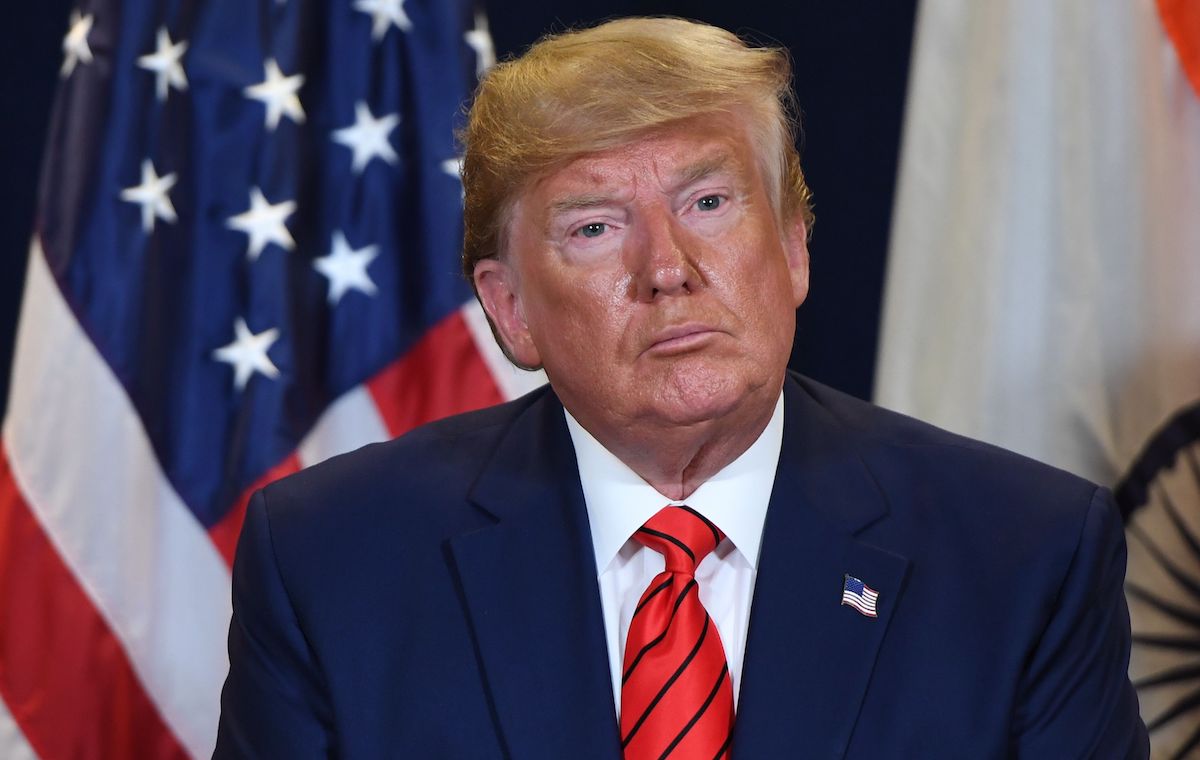 Donald Trump spent the weekend ranting on Twitter as usual. One of the subjects he kept coming back to was the issue of homelessness, specifically homelessness in New York, which he says is “falling apart,” and California, which he called “decaying” in a separate tweet.

Trump, of course, doesn’t actually care about homelessness. If he did, his administration wouldn’t routinely cut funding to low-income housing, SNAP (aka food stamps), and other essential assistance programs. He wouldn’t push policies that criminalize homelessness. And he sure wouldn’t post videos on Twitter appearing to mock the homeless.

No, what Trump cares about is attacking Democratic politicians from these states and he’s using homelessness as his weapon. “Crazy Nancy Pelosi should spend more time in her decaying city and less time on the Impeachment Hoax!,” he wrote. In his tweet about New York City and state, he wrote “All they want to do is investigate to make me hate them even more than I should. Governor Cuomo has lost control, and lost his mind. Very bad for the homeless and all!”

Pelosi has been leading the impeachment charge against Trump. Cuomo and other New York officials have been going after Trump’s tax returns. California Governor Gavin Newsom–who he attacked in separate tweets, including one on Christmas day–has filed dozens of lawsuits against Trump.

So Trump is feigning concern for their states’ homeless. Maybe his most callous tweet of all was when he said that all these states’ lawmakers and leaders have to do is call him up and ask “politely” for his help. Which is not how anything works and not what he would do even if it were.

California and New York must do something about their TREMENDOUS Homeless problems. They are setting records! If their Governors can’t handle the situation, which they should be able to do very easily, they must call and “politely” ask for help. Would be so easy with competence!

Once again, Trump has made it exceedingly clear that he doesn’t view other people as humans, just props in his personal battles. Just imagine if Trump did have the power to “handle” homelessness–and there genuinely is a lot he could do, starting with ending his inhumane budget cuts–but he was choosing not to because Nancy Pelosi won’t kiss the ring or whatever.

How is that anything less than monstrous?

(image: SAUL LOEB/AFP/Getty Images)
Want more stories like this? Become a subscriber and support the site!