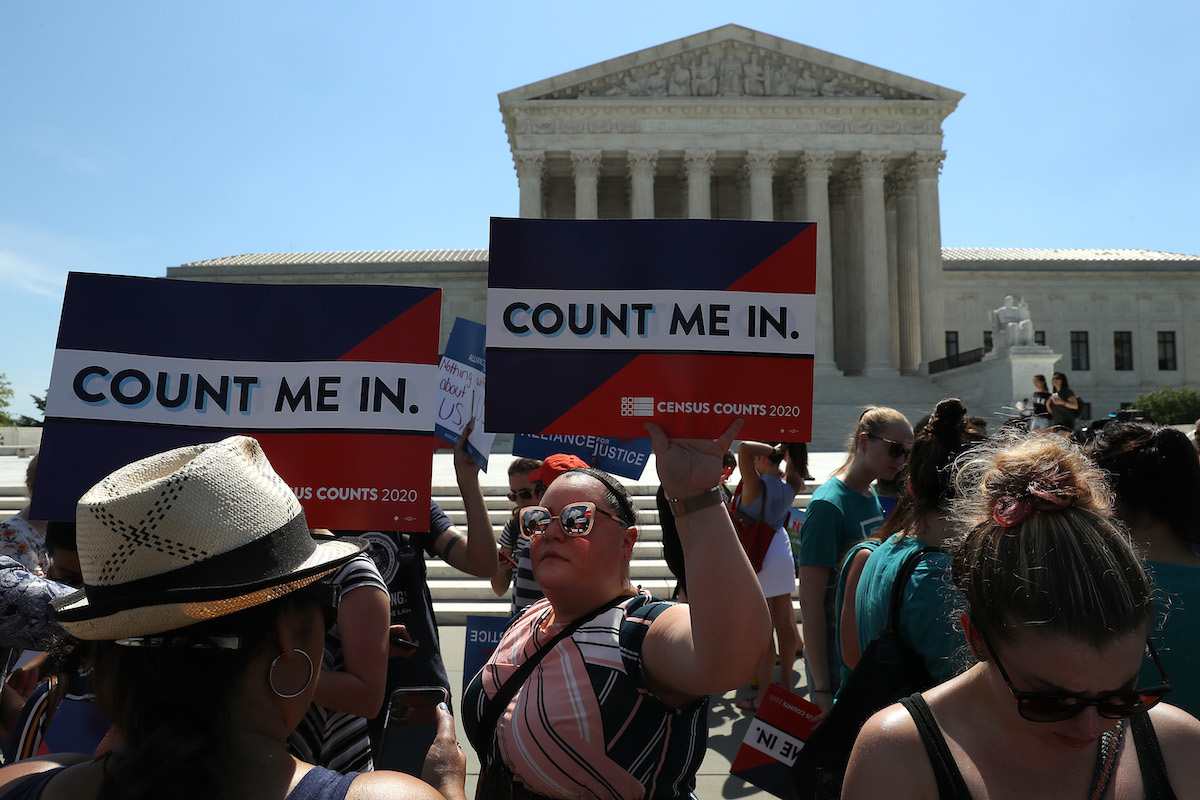 In recent months, Republican lawmakers in a number of states have been quietly annihilating the rights of marginalized communities—mostly Black and Latinx people—via extreme, targeted gerrymandering. This week, the Department of Justice filed a lawsuit against Texas, saying their redistricting maps are a violation of the Voting Rights Act.

At a press conference, Attorney General Merrick Garland said the state’s maps “deny or abridge the rights of Latino and Black voters to vote on account of their race, color or membership in a language minority group.”

Now, redistricting is a totally normal and necessary process, because as populations grow and change, their political representation needs to reflect that. So, every ten years, lawmakers redraw their maps to more accurately reflect the census—or at least, that’s what happens in an ideal version of this procedure.

“Gerrymandering” is when these maps are drawn not to accurately reflect districts’ populations, but in order to benefit a certain political party. And while both parties have tried to gain power through gerrymandering, what Republicans are currently doing is especially odious and completely shameless.

Over the last decade, Texas was the fastest-growing state in the U.S., adding about 4 million people to its population. About 95% of those people were POC, but the new districts do nothing—less than nothing, actually, because so much is actively working to erase them—to make sure they’re represented politically. While Texas’ growth means the state earned two new seats in the House of Representatives, districts are being configured to make those seats’ districts made up of primarily white voters.

That means nearly 4 million people of color moved to or were born in Texas, and white Republicans did everything they could to make it benefit them and only them.

Associate Attorney General Vanita Gupta says the new districts were drawn with an “overall disregard” for the Black and Hispanic people who have driven the state’s growth, but I don’t know—it seems like lawmakers regarded that fact pretty heavily, and then did everything they could to counteract it.

“Our investigation determined that Texas’ redistricting plans will dilute the increased minority voting strength that should have developed from these significant demographic shifts,” Gupta said during the press conference.

Texas is not the only state doing this kind of sinister gerrymandering. Back in September, the DOJ issued a warning to states that it would be paying attention to their redistricting proceedings and taking action when needed.

“Where jurisdictions don’t draw maps that fairly enable all citizens, regardless of race or membership in a language minority, to elect the candidates of their choice — the Justice Department will act,” a department official said at the time.

So hopefully the DOJ will intervene with all the other states that didn’t take that warning seriously to begin with.

In Georgia, for example, the state’s white population actually decreased, meaning the BIPOC population in the state represented the entirety of its growth. So obviously, Republicans are working to expand their power any way possible. According to the New York Times, “Republicans are set to place Representatives Lucy McBath and Carolyn Bourdeaux, Democrats who hold seats in Atlanta’s booming northern suburbs, into a single Democratic district while forming a new Republican seat.”

Again, this process only happens once every ten years, meaning these decisions are locked in place for a decade and have a really profound effect on a state’s political landscape.