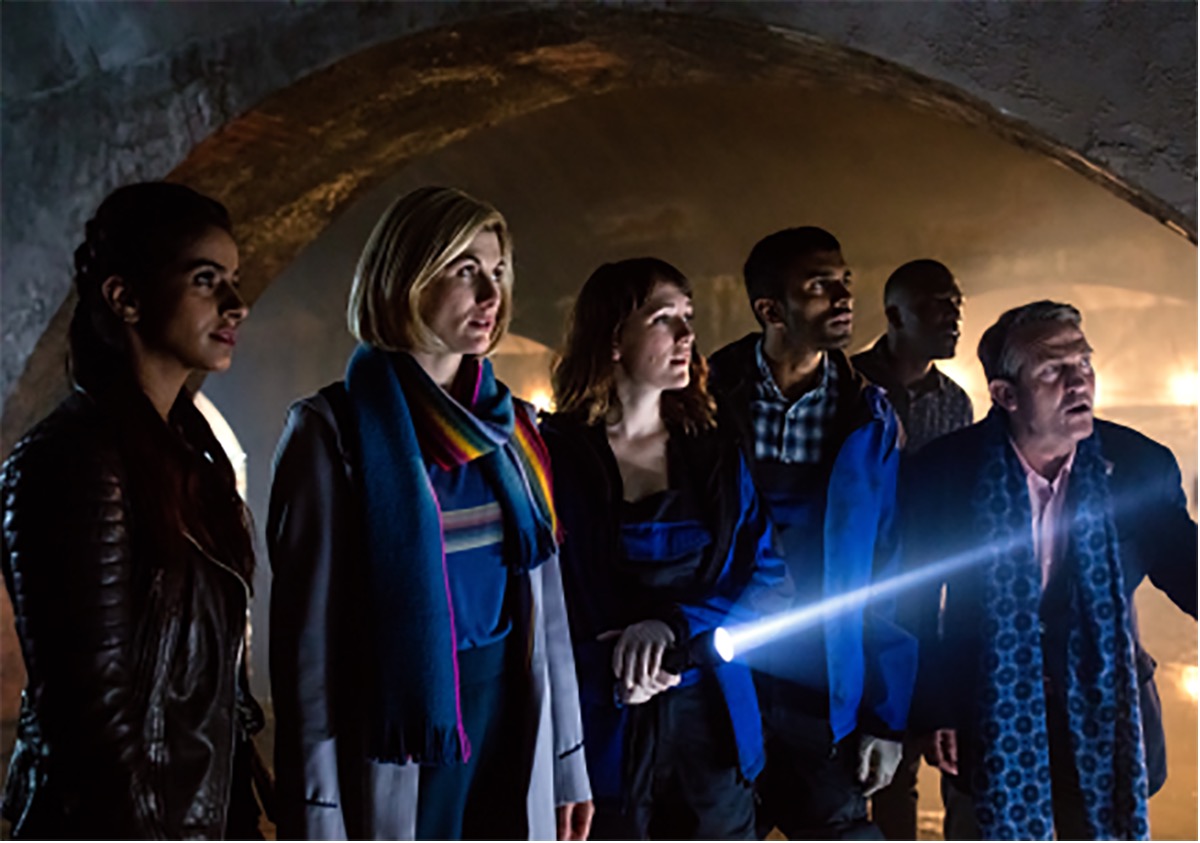 The Daleks will never leave the Doctor be. Or, at least, that’s what we saw on the Doctor Who New Year’s Day special, “Resolution.” An archeological dig unearths a part of a Dalek after centuries of people trying to keep pieces of it separated across the world. When archeologists Lin and Mitch uncover something they don’t understand, they put it under a light, and thus, the Dalek is revived.

Attaching itself to Lin, the Dalek is eventually able to rebuild itself and take on the Doctor and, in its eyes, claim earth as its prisoners, but the episode is more than the Doctor facing an old foe. With Ryan’s father, Aaron, returning to his life and the Doctor dealing with her inner turmoil on what to do about the Daleks, it’s certainly an interesting look at 2019.

Aaron is a focal point of the episode. Coming to see Ryan and talk, he ends up getting left back at the house with Graham when the Doctor takes her friends off to defeat the Dalek. Graham, being ever the perfect figure in Ryan’s life, sits Aaron down and gives him a box of Grace’s things, showing him what he missed by not being there for Ryan and Grace. It’s through this conversation with Graham that we finally see Aaron taking responsibility for his actions, and so, when the Doctor returns to pick up Graham, Yaz says that Aaron can come along, as well.

Seeing Jodie Whittaker’s Doctor taking on a Dalek was a whole different experience, one that I wasn’t prepared for. Most of the time, in recent years, the Daleks fear the Doctor instantly, knowing what she’s capable of. This Dalek has been buried in the Earth since the 9th century, unaware of who, exactly, the Doctor is—or, at least, this Dalek doesn’t care, which is a mistake on its part.

But there is one scene when the Doctor comes face to face with the Dalek, using her technology in the TARDIS, showing the Dalek just how angry she is, and it is that power, that rage, that reminds us all of what the Doctor lost because of the Daleks. Even now, when she is a much happier and, honestly, sillier Doctor, she still has that fire that can bring civilizations to their knees.

Overall, the episode served to mend the bond between Ryan, Aaron, and by extension, Graham. The three were at odds over Aaron’s lack of involvement in Ryan’s life and his neglect of Grace’s funeral, so to see them start to form some kind of relationship (resulting in Ryan saving his father from the Dalek at the end of the episode) is a nice turning point for the three men.

What sucks now is that we have an entire year to wait for more Doctor Who content. Honestly, I’m not sure I can wait that long.