Why Couldn’t It Have Just Been Yaz and the Doctor in the TARDIS? 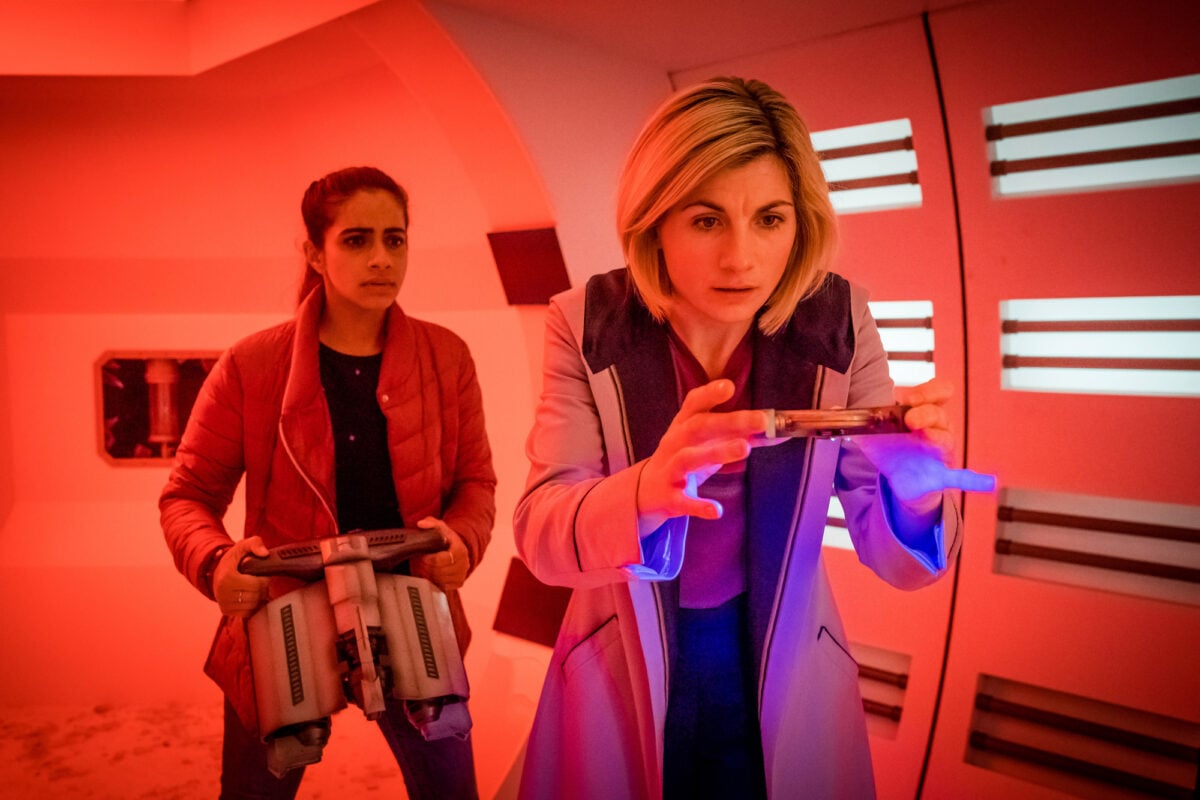 Doctor Who came back for a New Year’s special and gave us a look at what the TARDIS could have been this season. With Ryan (Tosin Cole) and Graham (Bradley Walsh) leaving the show, the only member of the current TARDIS fam remaining is Yaz (Mandip Gill), and for a minute, it felt great to think that we could have had an all-female TARDIS.

Ryan and Graham leaving hit in a way that all companion departures do. It was emotional, and we got to see how much the Doctor and Yaz cared for them. Ryan wanted to help the world he knew, and Graham wanted to be there for his grandson. I don’t think it’s the last we will see of them, but they’re not going to be on the TARDIS like before. So … why not just let the Doctor and Yaz explore time and space together?

Since the start of Doctor Who, we never really had a chance to have just women in the TARDIS, mainly because the Doctor was a series led by white men prior to Jodie Whittaker taking on the title. So when the TARDIS fam came around, it was a return to form for the show. With the new era of Doctor Who, the Doctor usually had one or two companions traveling with him, but not a full house, more often than not.

Back with the start of the series, the TARDIS was often filled with companions and “families” of sorts, and it was nice, for a while, to have that return. But once Graham and Ryan decided their time in the TARDIS was over, it felt like we could just have Yaz and the Doctor going off on their adventures together.

Instead, we now have a random man joining their group, and I just want to know why?

Like, I’m someone who loves a random dude in a story, but this just feels unnecessary. And it doesn’t help that we get things like this from Vulture about the new companion:

Jodie Whittaker is getting the companion she deserves on the new season of Doctor Who. He recently tested positive for coronavirus but he’s on the mend. https://t.co/G0eMAHjzz9

John Bishop is joining the show as the Doctor’s latest companion. He was briefly shown in a post-credits scene, and that’s all we really saw of him, which … okay. I don’t know anything about him, but just why is he there? Why couldn’t it have been Yaz and the Doctor at least for a little while? Just play in that arena, let the two grow together before throwing someone else into the mix!

The Doctor doesn’t need multiple people in the TARDIS at one time. Nine could travel with just Rose, Ten traveled with just Rose and then just Martha and then just Donna, and for a while, Eleven was with just Amy, and then just Clara. People came and went, but they would come and go. Twelve only really had one companion throughout his entire time, with Clara and then Bill. So why does Thirteen have to have so many companions and always a man? Why can’t it just be her and Yaz?

I’m interested to see what John Bishop brings to the team, but it is disappointing because we could have had an all-female TARDIS, and it would have been nice to see for once.