The Origin of “Do Not Want” | The Mary Sue

The Origin of “Do Not Want” 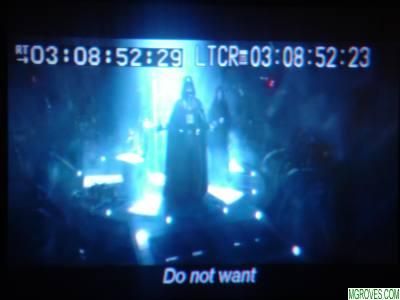 A factoid in honor of Star Wars day, which is today (‘May the Fourth be with you’): The Internet memelet ‘do not want’ has its origins in a Chinese bootleg version of Star Wars Episode III. Not LOLcats.

When used as an interjection, No! is often said as 不要 (literally, “do not want” or “do not”). The now-infamous bootleg version of Star Wars Episode III, poorly translated from Chinese to English, translated Darth Vader’s cry of “Noooooooo” (不要) as “Do not want”; this translation error became an internet meme.

DO NOT WANTDo Not Want OriginStar Wars Day