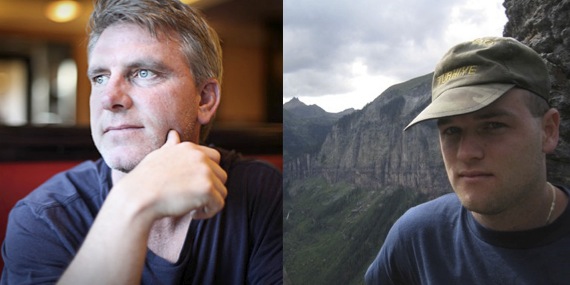 Disney is banking on two directors with zero full-length film experience to helm their upcoming films Maleficent, about the Sleeping Beauty villain, and a mountain-climbing adventure movie that is said to be inspired by Disneyland’s Matterhorn ride. Robert Stromberg will direct Maleficent (which might star Angelina Jolie), Brian Beletic will take the mountain-climbing movie, and both will be making their respective feature film directorial debuts. In other news: Disney is making a movie that might be inspired by the Matterhorn!

We’ll start with Maleficent, since we know a lot more about it, and it’s about a crazy Disney baddie. Stromberg will direct a script written by Linda Woolverton (Beauty and the Beast, The Lion King, Alice in Wonderland) that will provide a different take on the Sleeping Beauty story — from the perspective of the woman who wanted the princess dead. Producers are courting Jolie to play the Mistress of All Evil, and the project is being crafted around her. Stromberg has previously worked as a production designer on visual effects-heavy flicks including Alice in Wonderland and Avatar. While he clearly knows what he’s doing when it comes to these kinds of movies, this is the first time he’ll be in the director’s chair.

Also taking the helm for the first time is Beletic, who has previously only directed commercials (for Nike, Dodge, Ikea, and Converse) and music videos (including Cee-Lo Green‘s “Closet Freak”). The “Matterhorn” script — which we’re putting in quotes because there seems to be conflicting information on whether this is truly based on the ride, albeit loosely — is set to be an action-adventure about five people chosen for a secret reason to navigate “the remote backcountry of the Pennine Alps” where the Matterhorn is supposed to be located. From Variety:

In the face of life-threatening mountain conditions, they unravel the truth about one another, as well as why they were brought there, and ultimately uncover a mountain secret that may cost them their lives while facing off against a covert organization with a long, yet secret history of global exploration.

So, maybe, possibly, it could be similar to National Treasure or Tomb Raider, probably with the hopes of enough success to warrant a franchise. Maybe. Possibly. Perhaps. This as-yet-untitled movie will be written by Jason Dean Hall (who is also writing an untitled Robin Hood script) and produced by Justin Springer (Tron: Legacy).

No release dates were provided for either movie, probably because they’re still so early in development. And lack titles and actors. But they’ll get to that.

(Variety and Deadline, via Screen Rant)