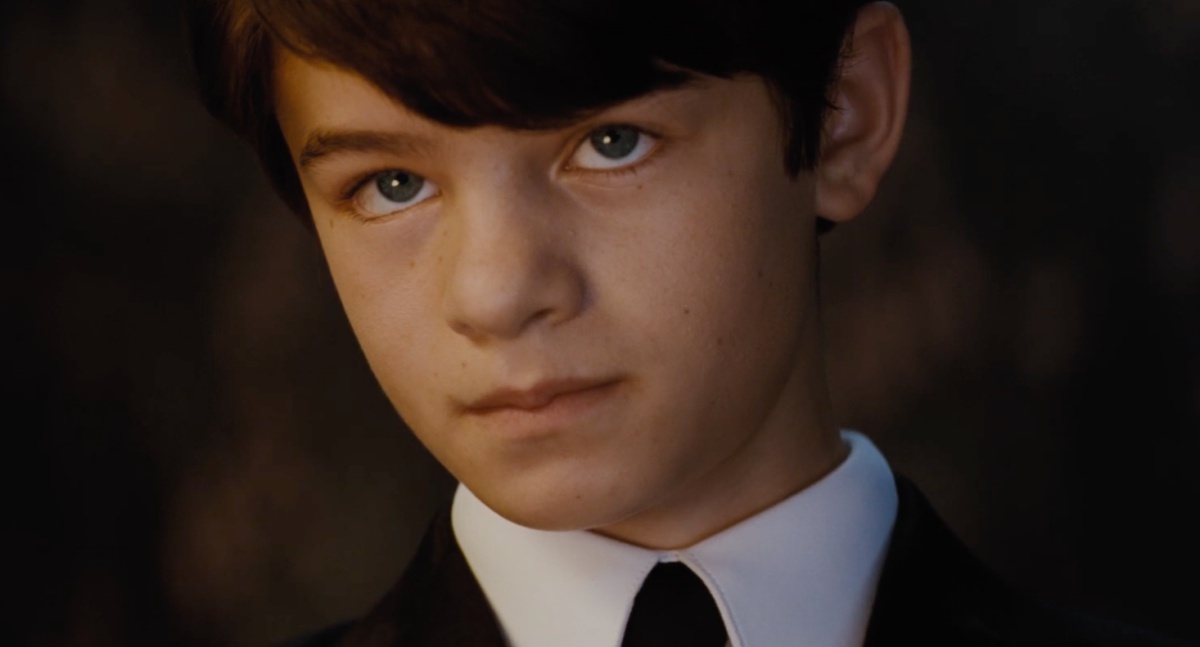 Artemis Fowl was a part of my childhood reading for as long as, if not longer than, Harry Potter. There have been rumors and talks about a movie adaptation for years. It had a graphic novel a few years back, but finally, under the umbrella of Disney, we have an Artemis Fowl movie, and the first teaser trailer to go along with it.

My initial reaction is one of dueling excitement and deep trepidation, but let’s start with a summary of the premise of the first book, the 2001 novel by Irish author Eoin Colfer. Artemis Fowl II is a twelve-year-old criminal mastermind who, due to the absence of his father and sick mother, has been leading the Fowl crime family with the help of his bodyguard, Domovoi Butler, and his sister, Juliet Butler.

In the first novel, Artemis’ plan is to kidnap a fairy, who turns out to be LEP (Lower Elements Police) agent Holly Short, and ransoming her off for gold and silence about the existence of fairies.

I still remember the gold book cover, with elven language on the dust jacket and throughout the bottom margins of the page. It was a really engaging story that felt very adult due to the criminal element, despite being written for teenagers.

I’ve read all the books, even when Disney Hyperion decided to create the ugliest covers known to man. I’d given up hope that the series would ever make it to the big screen because, besides Harry Potter and Lord of the Rings, most attempts at a book-to-movie series have been for nothing, and I’d rather not have another Percy Jackson situation.

After watching the teaser, I’m really excited that Artemis himself is actually a child! When the story starts, Artemis is a genius twelve-year-old, and my biggest fear was that they were going to age him up the same way they did with the Percy Jackson characters. Artemis being a smarmy teen is part of his charm and part of how you can be sympathetic to his plight, despite that he’s an antihero.

It also looks really beautiful, and I appreciate them adding some diversity to the cast, albeit in some cliché roles, with Nonso Anozie as Domovoi Butler. Kenneth Branagh is really good at doing both, and I’m glad he seems to be putting Nonso Anozie in whatever he does.

Still, there is a part of me that feels like this movie is maybe like 10 years too late. The major audience is people who are fans of this franchise around my age, and we are suspicious of any attempt to turn a fairly successful book series into a money grab. Eoin Colfer has said this movie will only cover the events of the first book, so if it can just be a solid standalone film, I’d be excited about that.

The only casting I’m a little iffy on is Lara McDonnell as Holly Short. While I get why they picked someone young because of future book/shipping reasons, it’s also a little weird that Holly, who is pretty much elf Clarice Starling and the first female LEP Captain, is now a teenage girl.

We’ll see what happens, but fans of the series what do you think does it look promising?