Disneyland Removes the Racism on the Jungle Cruise, Along With Other Park Changes

When the Happiest Place on Earth opens, things will be different. 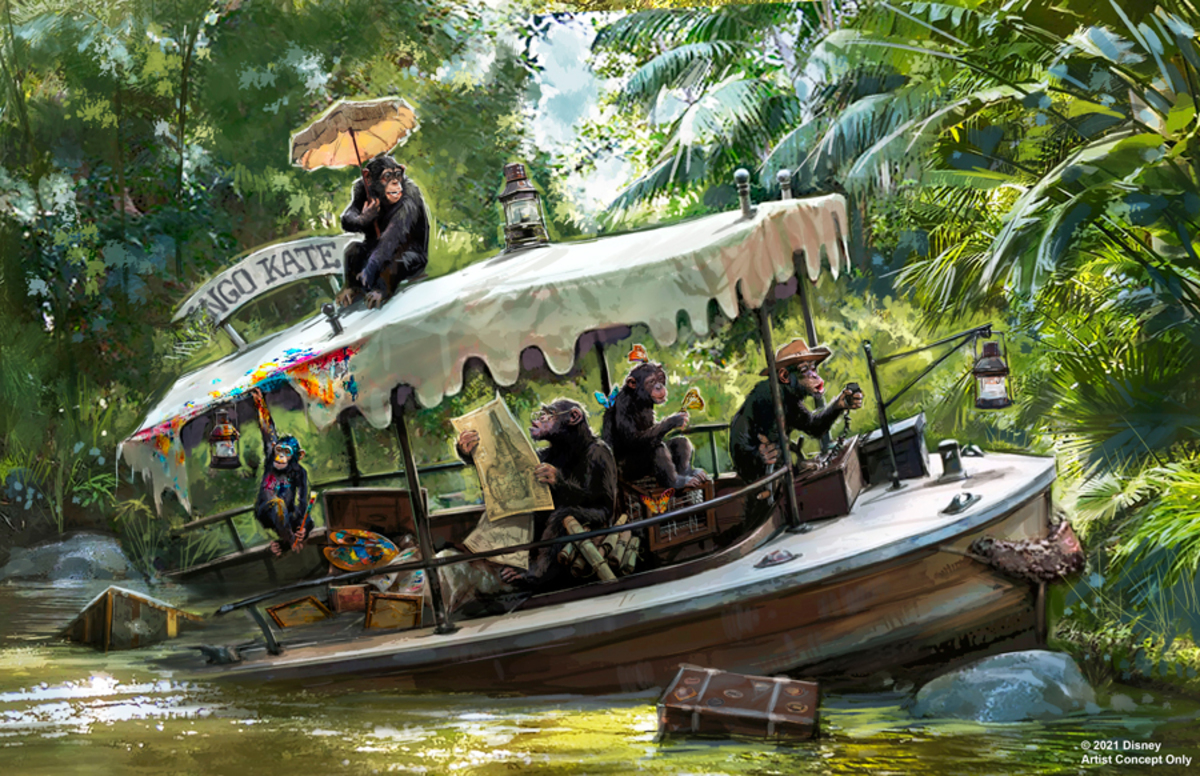 Eventually, one day, things will reopen, and we’ll be able to “go places” again. One such place I, and a lot of other folks, can’t wait to get back to is, of course, Disneyland. But when the happiest place on Earth reopens (when, damnit, not if!), some of its most iconic rides will have changed, and some of the rides in the already open Magic Kingdom in Florida are getting the same update. That includes the Jungle Cruise getting a makeover to make it less racist and funnier!

The Jungle Cruise was one of the original rides Disneyland when it opened in 1955. But as Walt said, Disneyland is never finished, and the Jungle Cruise has changed a lot over the years, with additions of new animatronics and a switch from a very serious journey down different rivers of the world to a far more humorous journey where most of the fun and jokes come from the skippers of the ride boats poking gentle fun at the more dated ride features. But there were still some pretty insensitive depictions of “natives” on the ride, which are now being removed as The Jungle Cruise gets a revamp.

The Jungle Cruise will be updated at the Disneyland and Disney World Magic Kingdom parks “to include new adventures that stay true to the experience we know and love – more humor, wildlife and skipper heart – and also reflect and value the diversity of the world around us,” according to the Disney Parks blog.

The best part of the Jungle Cruise for me has always been the Skippers and their humor, so it feels right that this update will introduce a full storyline about a Skipper, his humorously ill-fated group of passengers, and the Chimps that may take over the boat! Here’s a video from Disney Parks telling us more:

Speaking in-depth with D23 (the Disney fan destination), Walt Disney Imagineer Chris Beatty explained how they took the decision to remove the more dated and offensive elements of the Jungle Cruise as an opportunity to turn up the storytelling and incorporate what parkgoers really love about the ride–the humor–into more of the actual physical elements of the attraction.

And the updates, in all senses, seem to have been done very thoughtfully. Beatty shared with D23: “we’ve been working with Carmen Smith [executive for Creative Development and Inclusive Strategies] and her team within Imagineering to make sure that any time we show something culturally significant, that is done in the proper light. It’s done in a way that celebrates diverse backgrounds and interests—that’s part of the rich storytelling, not something you poke fun at it.” That’s encouraging. The team also reached out to Chimpanzee experts at Animal Kingdom to get insight into real animal behavior as well.

But of course, the biggest question is whether some of our favorite bits will stay the same. Yes, says Beatty. “We’re keeping a lot of the classic jokes that the fans know and love, like the backside of water. But it will give our skipper some new material to play off of. So that’s exciting for them. They were really excited about having some new source material.” PHEW.

The Jungle Cruise isn’t the only ride getting updates. As we reported in June, Splash Mountain is getting a full overhaul to retheme the ride around The Princess and the Frog, rather than the current theme around “so racist it’s not even available to watch anymore” Song of the South. That’s a great update we’re all for, but another update will literally take the “scary” out of Disney’s most terrifying ride, and I’m not sure how to feel about that. No, I’m not talking about the Haunted Mansion, but Snow White’s Scary Adventures, which will now be “Snow White’s Enchanted Wish.” Take a look.

If you never went on this ride, trust me when I tell you that it was the scariest experience in the Magic Kingdom. The old ride put you in Snow White’s shoes, meaning you were being chased by the Evil Queen, who jumps out all over the place and tries to kill you with a rock … But I guess that’s a bit dark? I do like that the update will actually put Snow White in the ride more, but I hope they keep the thrills and chills. Next, you’ll be telling me they’ll update Mr. Toad so that you don’t end the ride literally going to hell …

What updates are you most excited to see when we can all go to Disneyland safely together again?