Din Djarin Might Be in 'The Book of Boba Fett'? Yes Please.

Din Djarin Might Be in The Book of Boba Fett? Maker, My Dreams Have Come True.

Bring me my space husband! 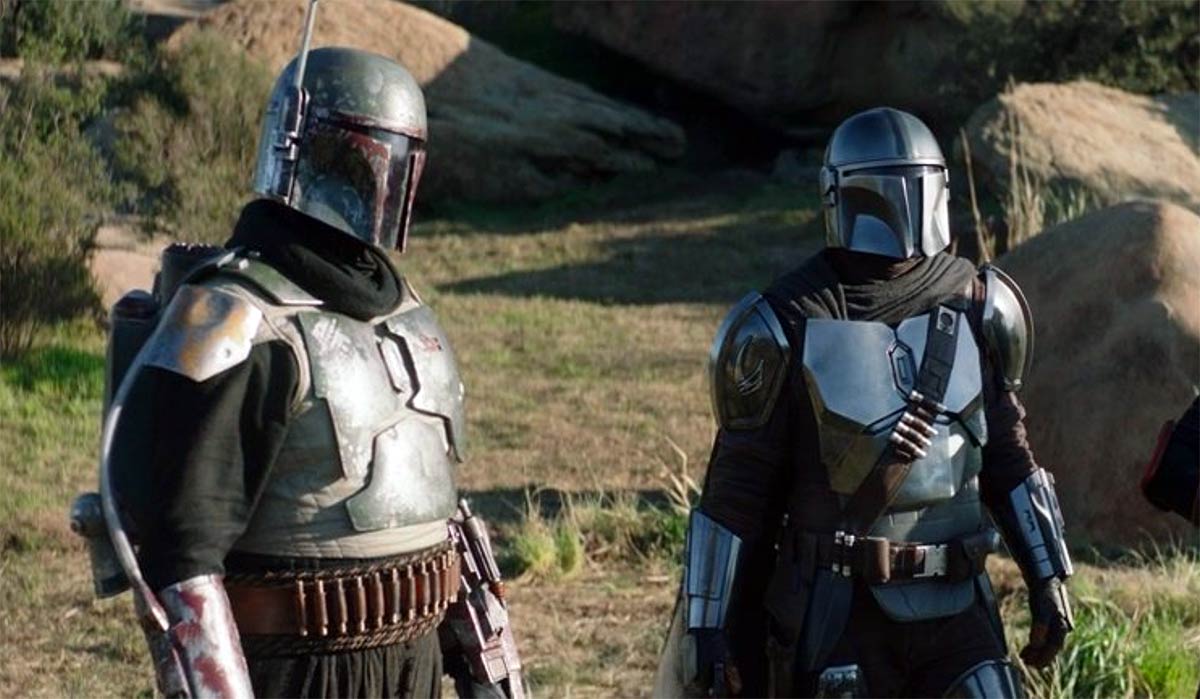 As a Din Djarin superfan, I want my himbo king of Mandalore in everything and anything Star Wars-related. So now, there is a rumor that he’s headed to The Book of Boba Fett with his good friends Boba and Fennec. The source is Cinelinx, and there hasn’t been any official word from Disney or Lucasfilm yet, but let me, the Din Djarin fan club president, have this moment.

The last we saw of Din Djarin, he was standing in an Imperial ship after having taken the Darksaber from Moff Gideon and watching as his son, Grogu, was taken by Luke Skywalker to go train as a Jedi. With no ship (RIP to the Razor Crest) and no idea how to suddenly be the king of Mandalore, it’d make sense that he showed up in The Book of Boba Fett at least briefly.

What we know about the series as a whole is limited. The end of season 2 of The Mandalorian showed us Boba and Fennec back at Jabba’s palace after returning to Tatooine. We don’t see Din or even know where he went after basically having no ship and no son anymore, but he was with Bo-Katan and the rest of her Mandalorian clan. With no clan of his own, could we see Din trying to figure out his place within the Mandalorians now that he knows of all the different clans?

To be honest, I don’t even care if it’s just a little flash of Din sending a transmission to Boba and Fennec. I just want more Din Djarin. For the first time in a long time, I watched a Star Wars property and wanted to know everything and anything there was to know about a character. Sure, I had my boys I love very much from the sequel trilogy (looking at the space husbands Finn and Poe Dameron), but I wanted them to be in love with each other more than anything else.

This is something completely different. I want Din to learn about his past, learn about the Mandalorian way, and I definitely want to see how he handles being the king of Mandalore, but I also feel like Din Djarin has a connection to Boba Fett that is stronger than his connection to other Mandalorians. Maybe it’s because I’ve read too much fanfiction about Din Djarin looking for guidance in Boba Fett, but still. This rumor just makes a lot of sense to me.

I do hope we get the Boba Fett story that has been a long time coming. For years, I never understood the love for Boba Fett because I never got to see the Boba Fett that my brother loved growing up. I finally did get it once I saw Boba Fett in The Mandalorian. So, I can’t wait to see where The Book of Boba Fett takes us, and if you include Din Djarin, then I’m definitely on board.