Did Nancy Drew Just Reveal a Character as Asexual? 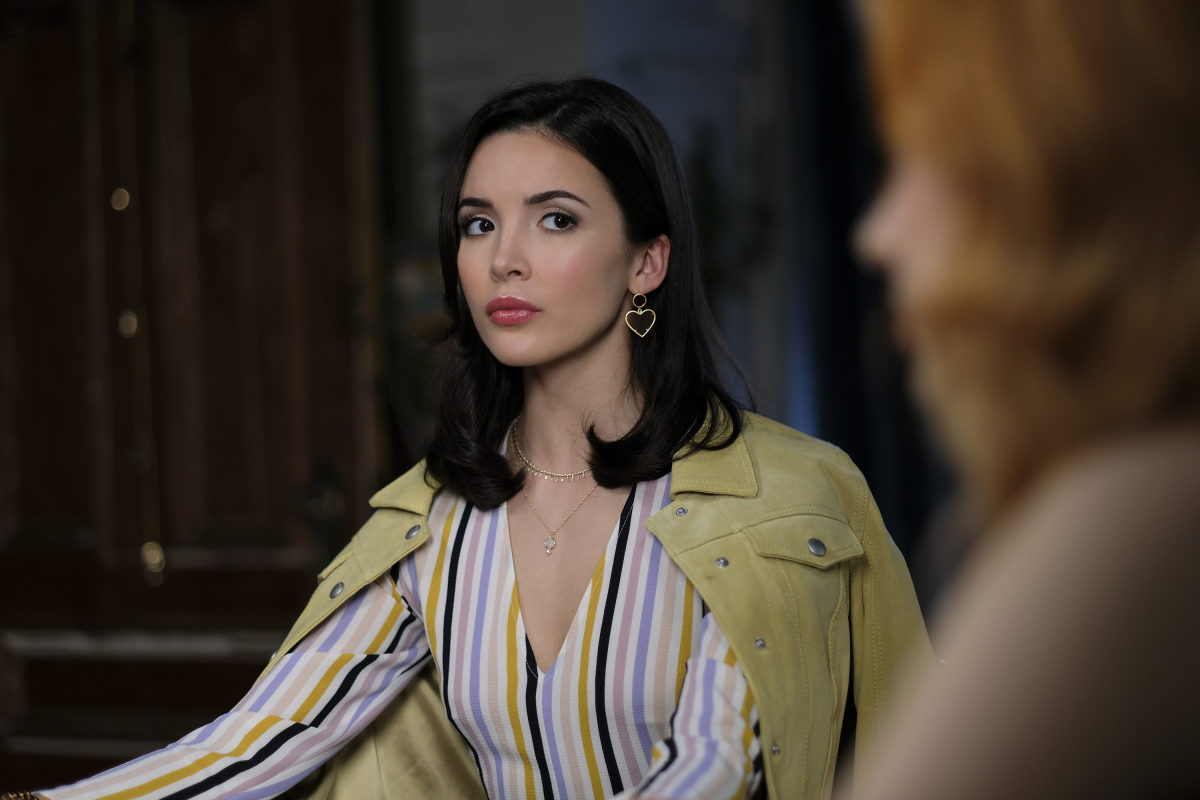 We’re really loving the new CW Nancy Drew series just two episodes in. It’s an intriguing modern take on the classic character, with more maturity and a far darker tone. This Nancy (Kennedy McMann) has been there done that with most of the mysteries she solved in the classic books. Now she’s got a dead mom and she’s having (gasp) sex with her maybe-untrustworthy beau, Ned Nickerson (Tunji Kasim). Oh and did I mention that there are ghosts?

Nancy Drew is seriously creepy, mysterious fun. Last night’s second episode “The Secret of the Old Morgue” did a lot to flesh out the personalities of the supporting cast, from bad girl George (Leah Lewis) to Nancy’s tortured Dad, Carson (Scott Wolff). But the most interesting revelation for me came from rich girl-turned-waitress Bess (Maddison Jaizani), who seemed to reveal a surprising aspect of her sexuality—she’s not into anyone. 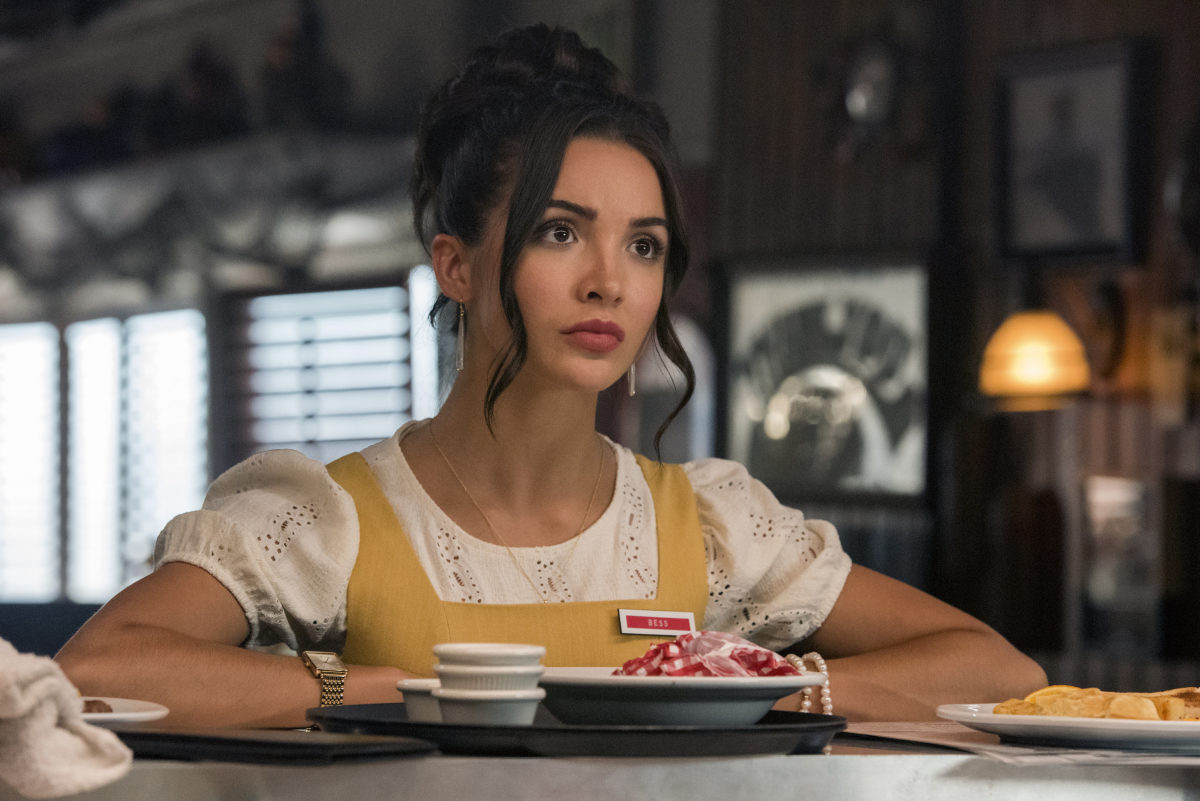 Here’s how it worked out, in case you missed it. Bess and weed-loving dishwasher Ace (Alex Saxon), who along with Nancy, George and Nick are all suspected of committing the central murder of the season, were trying to help Nancy steal some blood from a corpse in the local morgue, like ya do. They had blocked the road where a coroner was driving to take the body, faking a busted tire. Wouldn’t you know the coroner was a very cute gal who was handy with cars and used the auto maintenance to flirt with Bess.

I’m glad I wasn’t the only one who saw the sparks, as Ace commented on the interaction later that night after the body-snatching was over. Bess confessed to Ace, who also seemed to be into her, that the coroner had given Bess her number … but she wasn’t into it. But that’s because she wasn’t really into anyone.

“I don’t really date anybody. Boys. Girls … I guess I’ve just been on my own for someone that I’ve never let myself drop an anchor to get close to someone like that,” Bess confessed. Ace, to his credit, had the ideal response to this confession, offering to be Bess’s platonic anchor (platanchor!) in this new town. It was unbelievably sweet and the scene made me really fall in love with Bess and Ace. 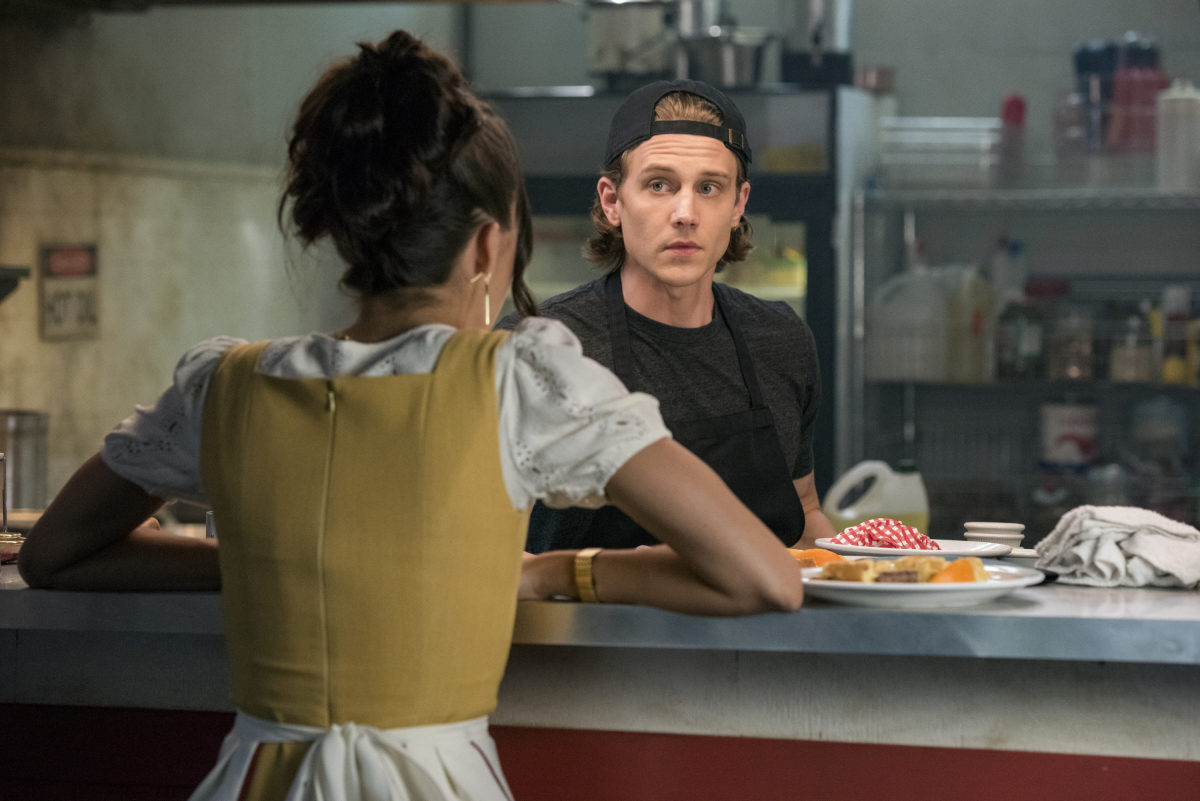 Bess didn’t use the word asexual, and it could be that she has other reasons for not dating, and her sexuality will be revealed in a different ways. We saw her consider texting Lisbeth, the cute coroner, later in the episode—but she ended up not doing it and heading back into the van where she lives to chill.

It would be great to see Bess represented in this fashion. On the surface she’s the perfect feminine, fancy girl, but it’s already clear on Nancy Drew that no one is what they seem. There’s a severe lack of asexual representation on television and it would be great to add another character to the shortlist. While The CW leads among networks in queer representation, they caused waves a few years back when Riverdale debuted and the character of Jughead, who is asexual in the comics, was portrayed as straight.

The characters on Nancy Drew have a lot more to worry about than just who’s dating who or dating at all. Buckets of seawater turning to blood. Murder accusations. And also one seriously creepy ghost lurking around. It’s a pretty intriguing recipe and all of it has us interested to see where it goes.

Nancy Drew airs Wednesdays at 9:00 p.m. on The CW and is available to stream on the CW app.