Did A Wrinkle in Time Really Need That Intro From Ava DuVernay? 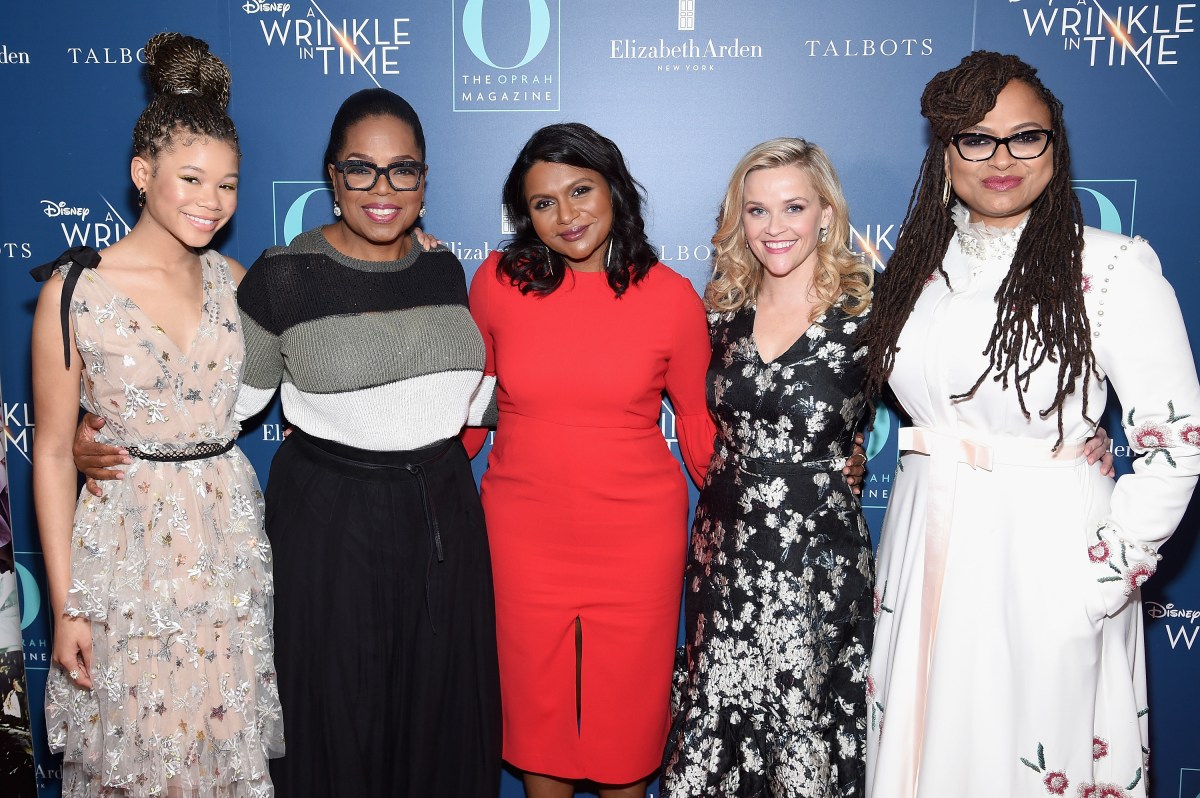 I made sure to go out and see A Wrinkle in Time this weekend, because it looked great, and I wanted to show my support for a film directed by a woman of color, starring several women of color, written by a gender-balanced screenwriting team, and based on a classic book written by a woman. While I had mixed feelings about it, I was glad I did, and ultimately thought it was a good movie. What gave me pause, however, was the short clip before the film.

At the theater where I saw the film (a Laemmle Theater, which is an indie/arthouse chain in Los Angeles), they screened a clip featuring Ava DuVernay introducing the film. In it, she talks about how proud she is of the film and thanking movie-going audiences for coming out and supporting it. Things that, in theory, are really, really nice.

What kind of surprised me was the tone of it. DuVernay talks about how films (and I’m paraphrasing here) “allow us to see the world from new perspectives” and proceeds to subtly hit that note over and over as images of the multi-racial cast flash past, before thanking moviegoers for supporting the film. As if thanking them for “taking a chance” on inclusion.

I don’t know if that was an idea that came from DuVernay, or from Disney marketing, but it seemed not only unnecessary, but a little insulting to the entire idea of inclusion, and the fact that it’s not something people should feel like they’re “taking a chance” on, but rather, making films more inclusive just makes sense, because it reflects the world around us more accurately.

It felt a bit like unnecessary pandering, almost pre-emptively apologizing for adapting a classic children’s novel and casting people of color in lead roles. I wish that Disney would’ve just trusted the film to do its job, not commenting on the diversity and inclusiveness of the cast, but just letting the film be.

Black Panther didn’t feel the need for a pre-emptive disclaimer. It came, it saw, it conquered. Then again, A Wrinkle in Time is a female-led project, and women always manage to find themselves apologizing constantly, don’t they? Sorry.

Now, I know that Laemmle Theaters and Drafthouse Theaters were showing the clip ahead of the film, but I’m not sure about other, mainstream chains. Did you see the clip? What did you think of it? Tell us below!