The Mountain DEW Garita Is the Official Cocktail of 2020 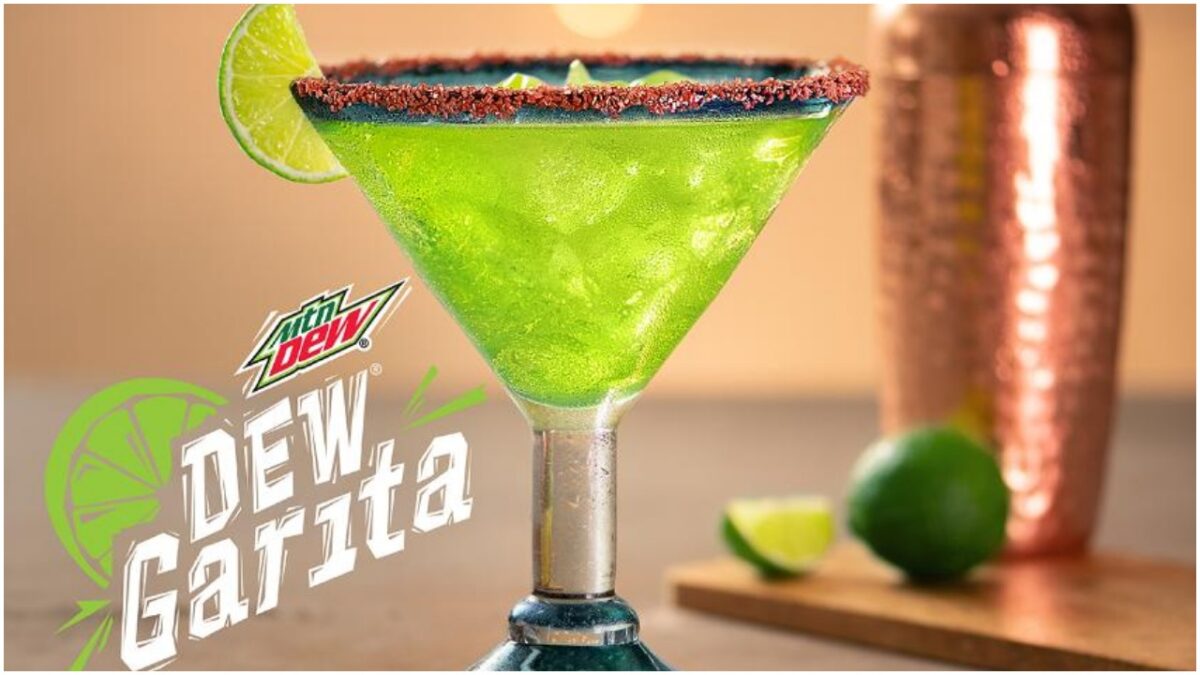 Are you thirsty for both dizzying highs of alcohol and plummeting lows of a sugar crash? Do you miss the sweet ass vibes of a Sum 41 concert paired with a BMX bike race in your veins? Well hold onto your frosted tips, because Red Lobster is here with the summer cocktail of your late 90s/early 2000s dreams.

It’s big. It’s green. And it tastes even more incredible than it looks! Introducing the NEW! DEW Garita💚👅 @MountainDew Get yours today*, along with all of your favorite PepsiCo drinks! #RedLobsterDewGarita * May not be immediately available in all restaurants. pic.twitter.com/SByIIxufg8

The cocktail, which is presumably a margarita with Mountain Dew as a mixer, is basically 2020 in cocktail form. No one asked for it, no one needs it, but here it is anyway, to haunt our collective palates. The recipe is a mystery, and what’s that red stuff lining the rim? Chili salt? Tamarindo? The mind boggles.

Senior Vice President and Chief Supply Chain Officer at Red Lobster Nelson Griffin released a statement on the drink, saying, “Red Lobster is thrilled to work with PepsiCo, not only because it has a great portfolio of brands, but specifically because of the food and beverage innovation possibilities … The DEW Garita is the first delicious taste of the types of inspired menu items to come.”

Red Lobster recommends pairing the DEW Garita with their signature cheddar bay biscuits. By the looks of it, you’ll most likely be pairing the cocktail with instant regret and diarrhea. Look, I shouldn’t talk: at my wedding I served Moscow Mules made with Ecto-Cooler and called them Moscow Zuuls. So clearly I enjoy a novelty cocktail. But there’s a time and a place, Red Lobster.

Naturally, the DEW Garita has captured the imagination of the internet, with many people sharing their thoughts on the new cocktail. Here are some of our favorite responses:

and some people don’t believe in american exceptionalism smh https://t.co/IXdwtdxMdd

I’m seriously crying Red Lobster has GIVEN UP and put someone’s kid in charge of their beverage program https://t.co/sMNWyGa3Av

America really loves putting ridiculous trash into our bodies for the sake of novelty. https://t.co/6lzq7C4sb5

“get in loser, we gettin’ Dew-Ritas at Red Lobster” pic.twitter.com/Yo0a868QKr

It’s the fact that it’s made by red lobster for me https://t.co/6NA6hkoGaF

Realizing I can’t get dressed up, Uber to Red Lobster, sit at the bar, and get just WASTED on Mtn Dew Dewgaritas is the first time I’ve realized how serious this coronavirus thing is.

this country deserves every bit of punishment we have coming our way https://t.co/Ex7eglHJ6G

In the end, is there anything more American than a DEW Garita? It’s loud, obnoxious, and will probably kill you. Drink up, America!