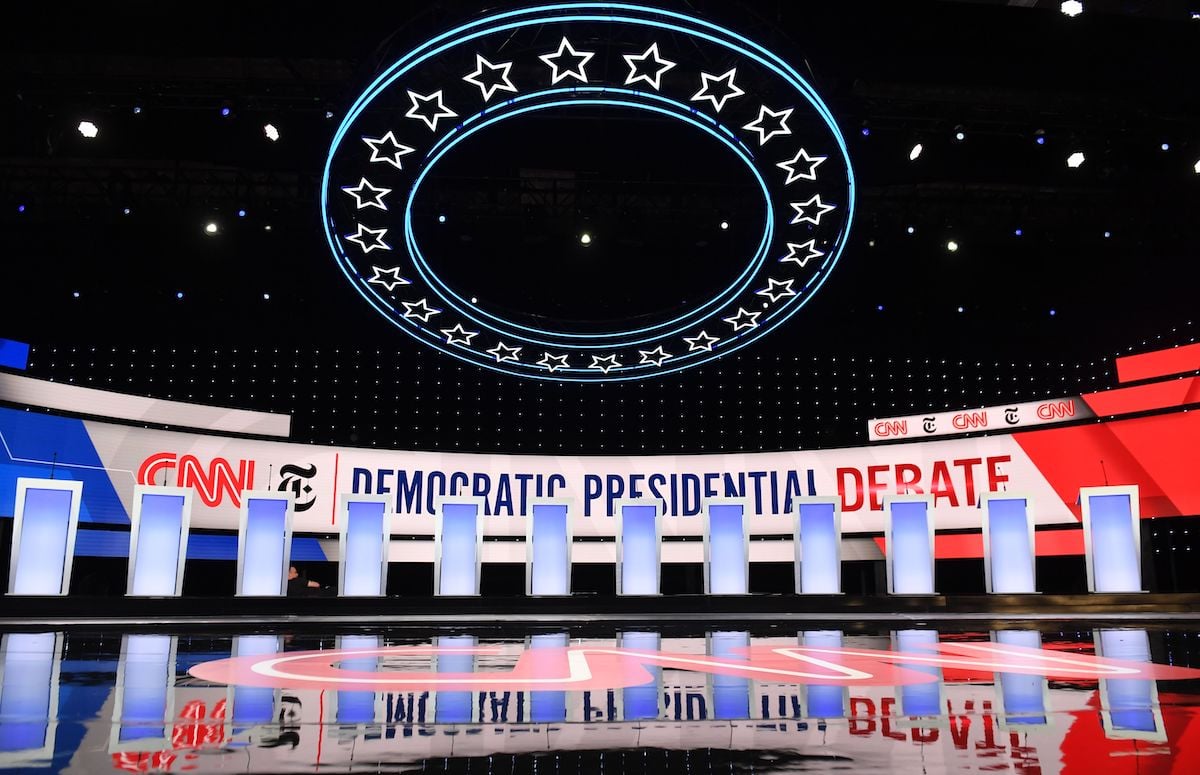 The seven Democratic candidates who have qualified for the final presidential debate of the year, set to happen on Thursday, December 19th, have all co-signed a letter with Senator Cory Bookers and Julián Castro asking for a rule change that would widen the field of who can appear in future debates.

The DNC’s bar to qualify to appear in a debate has risen progressively higher as the primary campaign has worn on, in an effort to thin the field of over twenty candidates (if you count everyone past and present that’s thrown their hat in the ring, it’s 27 people), but some the candidates left behind by these higher standards want to stay in the game.

The current qualifications are: contributions from 200,000 unique donors; and either two polls at 6% or more in two Early qualifying states (Iowa, New Hampshire, Nevada or South Carolina) or four polls at 4% or more in early states or nationally.

The letter from Castro and Booker, signed by all seven candidates who have qualified for the next debate (Biden, Sanders, Warren, Buttigieg, Klobuchar, Yang and Steyer) requests that, like in previous debates, the DNC not require candidates to meet the donor and polling threshold. Previously you could get on the stage with either.

The DNC however, is not budging on this and issued the following statement to Politico:

The DNC has led a fair and transparent process and even told campaigns almost a year ago that the qualification criteria would go up later in the year — not one campaign objected. The DNC will not change the threshold for any one candidate and will not revert back to two consecutive nights with more than a dozen candidates. Our qualification criteria is extremely low and reflects where we are in the race. Once voting starts in February, our criteria will reflect those contests, which is more than appropriate. We’re proud to have given candidates so many opportunities to get their message across, and will continue to have fair criteria that reflects each point in the race.

In their request to widen the criteria, the letter notes, the result will “produce a debate stage that better reflects our party and our country,” which is a way of saying that many of the candidates excluded by the more stringent rules are people of color. Notably, Tulsi Gabbard, who also didn’t qualify, didn’t sign this letter. And we should also note that the remaining candidates are still diverse, with two women, an Asian man, and a Jewish Man still in the mix.

The way the rules exclude candidates isn’t all bad: they completely exclude Billionaire Michael Bloomberg, who isn’t even on the ballot in those early states and isn’t getting money from small donors and is instead of getting paying for his campaign out of his own $54 billion fortunes. (Bloomberg has already spent $100 million in ads since he announced his candidacy).

As sad as it is for candidates that don’t meet the rules, it is probably the right move for the DNC to tighten their rules. The crowded field needs to thin. Campaigns like that of Kamala Harris that were polling and fundraising above Castro and Harris have already been suspended. These candidates do not have a realistic chance at this point, and as good as Cory Booker, Julián Castro were on the debate stages, they didn’t find traction with voters. But at least we don’t have to give time to Bloomberg.