Why in the World Would We Need a Barney Movie, of All Things? 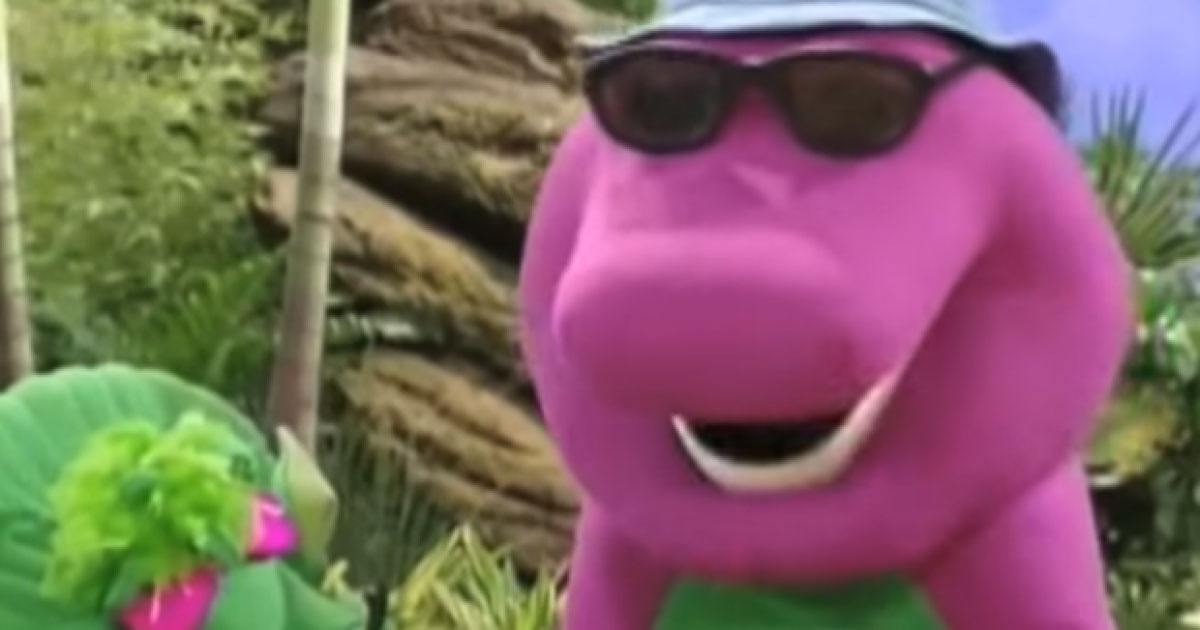 Look, Barney is an icon. The purple dinosaur who taught us about friendship and love, he was the center of our worlds for those precious few years while we were all but wee babes. To this day, I remember the songs that Barney would sing, and I remember the love I had for him—probably because they’re all dinosaurs ,and I love the idea of humans just hanging out with a dinosaur, singing about how much we all love each other.

That being said, that doesn’t mean I think there should be a movie about this jolly purple dino. It was announced today that Mattel is on the journey to making a movie about our favorite pre-historic, purple kids’ star, and honestly, I have to protest. First of all, it’s 2019. Unnecessary. Second, what about the world at large says we need a movie about Barney? What about it is going to “surprise audiences and subvert expectations,” as Mattel Films’ Robbie Brenner put it? Oh no. Is it going to be some gritty telling of how he was mentally thrown through the ringer as a child dinosaur and that’s why he wants to spread love to children everywhere? I really don’t need that Barney backstory.

To be fair, I was that kid that went dressed as BJ for Halloween one year while my mom was Barney, but still, after one of the actors who played Barney in the suit almost died because of a fan malfunction, I personally have been a little too afraid of returning to the world of “I love yous” and Mr. Knickerbocker. But alas, the history of Barney is long and winding and ends up with a Tantric Sex Therapist who used to bring our favorite purple dinosaur to life.

According to the Variety release for the film, Brenner is excited to see where they can take Barney with Daniel Kaluuya signed on, which … okay:

“Working with Daniel Kaluuya will enable us to take a completely new approach to ‘Barney’ that will surprise audiences and subvert expectations. The project will speak to the nostalgia of the brand in a way that will resonate with adults, while entertaining today’s kids.”

Maybe I’m a monster in that my nostalgia for Barney reverts back to yelling about a song I can never forget and that’s it, but it isn’t the same kind of connection that many of us have to, say, Mr. Rogers. Barney was just something we had on television that was fun and had songs and that’s it, so I don’t think it will have the impact that Mattel is thinking it will.

We don’t need this movie. I don’t need to watch some movie on Barney. I’ll live in my memories of singing the “I love you” song to my mom when I was little and think about how everyone forgot that Mr. Knickerbocker boppity-bop could really talkity-talk. I don’t need to have a gritty telling of the dark side of a purple dinosaur. That’s what Death to Smoochy is for.