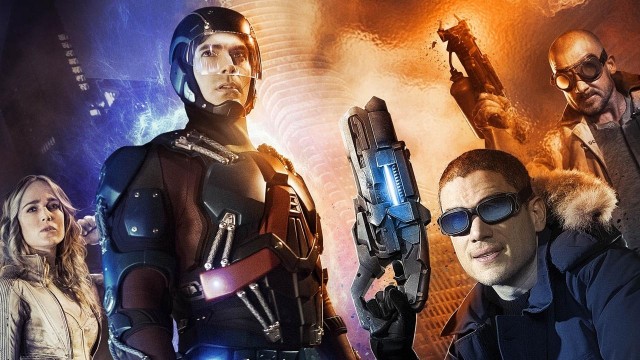 If there’s one thing comic books are known for, it certainly isn’t killing off characters/crossing momentous plot points only to bring them back to life/undo them later. … What? Oh, sorry. Is. I meant “certainly is.” That was a typo.

Despite that, and despite being based on time travel, which has been known to allow for ridiculous story points by its very wibbly-wobbly nature, DC and The CW’s upcoming Legends of Tomorrow will try to make its dramatic story beats stick by making things permanent. That’s according to Executive Producer Phil Klemmer, who told Collider in an interview that it’s the only way to make sure the show’s dramatic tension actually works, and they’ll be introducing their own time travel rule to ensure it all goes as planned:

We do construct a sort of rule on our show. If you kill me right now with a hatchet, the rest of the team on the show can’t go back in time and stop you from hitting me with a hatchet. The rule is that you can’t interfere with events that that you participated in. That creates a time paradox and black hole and horrible things happen.

We want to keep those tensions alive so when our characters are in moments of mortal peril that they do have consequences—that it’s not like Groundhog Day and we’ll start over tomorrow.

Now they’ll just have to stick to their own rules, as we know comic books, their movies & TV shows, and also anything having to do with time travel always have an easy time doing.

(via CBR, image via The CW)