David Fincher Drops All the Hot Takes in New Interview 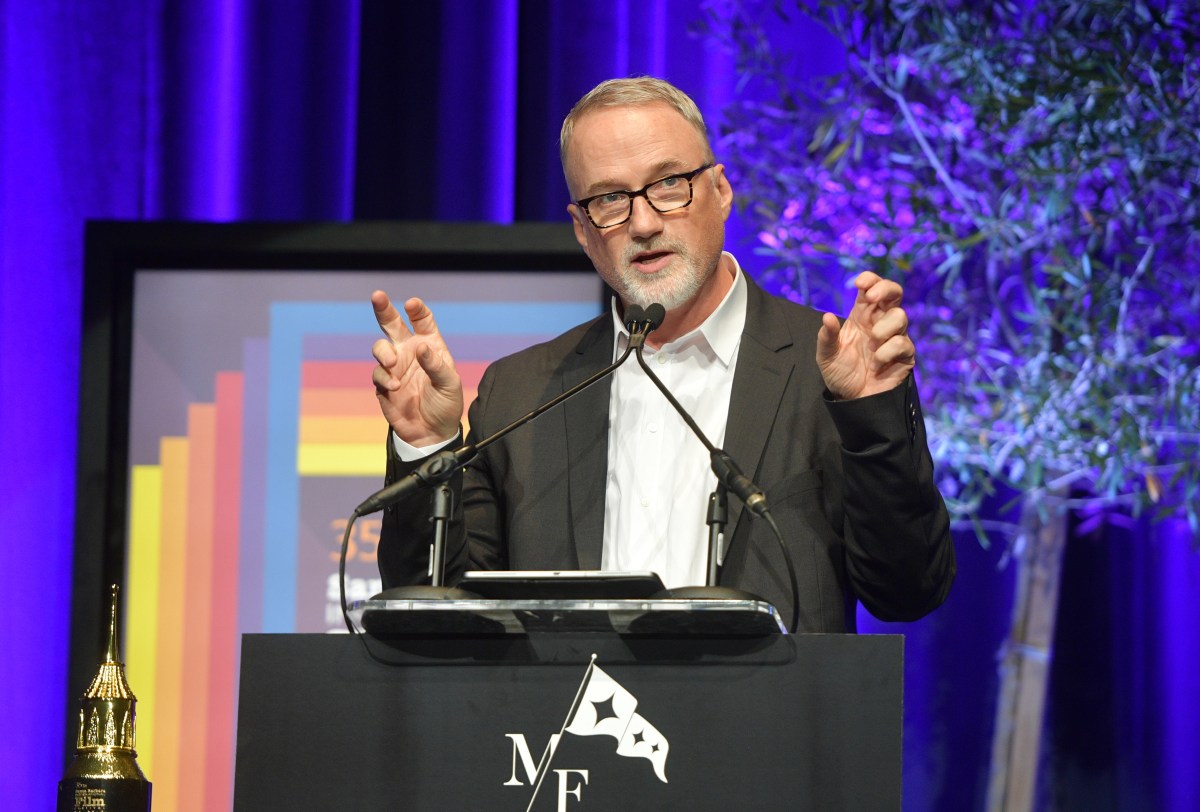 David Fincher doesn’t pull any punches. The audacious director has never shied away from the grim and gruesome underbelly of humanity, which he has explored in films like Se7en, Fight Club, and Zodiac. And six years after his last film Gone Girl hit theaters, Fincher returns with Mank, a film about embattled screenwriter Herman J. Mankiewicz (played by Gary Oldman), who wrote Citizen Kane.

In a new interview with The Telegraph, Fincher discusses his upcoming film, which was written by his late father Jack Fincher. He discusses the current trends in cinema and why he is increasingly drawn to television and streaming services.

“I think that the studios are happy to say, ‘We’re going to spend $250 million on this, and $4 million on this, and leave everything in the middle to somebody else,’” said Fincher. “I think they’re happy to get that stuff off their plate. But I also think the middle-budget, challenging movies tend to define where the bigger movies are going to go.”

Fincher continued discussing the major studios, remarking, “None of them want to be in the medium-priced challenging content business. And that cleaves off exactly the kind of movies I make. What the streamers are doing is providing a platform for the kind of cinema that actually reflects our culture and wrestles with big ideas: where things are, what people are anxious and unsure about. Those are the kinds of movies that would have been dead on arrival five years ago.”

And he’s not wrong. Studios have whittled their slates down to either tentpole blockbusters or microbudget projects, with little in between. All those mid-budget films have found a home on streaming services like Netflix and Hulu, which are more likely to take a chance on niche projects. And the studio films that do take creative chances are still rooted in blockbuster intellectual property.

One such example Fincher cites is the success of Joker, an Oscar-winning critically acclaimed hit that also grossed a billion dollars. Fincher said, “Nobody would have thought they had a shot at a giant hit with Joker had The Dark Knight not been as massive as it was [in 2008], … I don’t think anyone would have looked at that material and thought, ‘Yeah, let’s take [Taxi Driver‘s] Travis Bickle and [The King of Comedy’s] Rupert Pupkin and conflate them, then trap him in a betrayal of the mentally ill, and trot it out for a billion dollars.’”

Fincher added, “I’m sure that Warner Bros thought at a certain price, and with the right cast, and with De Niro coming along for the ride, it would be a possible double or triple,” he added. “But I cannot imagine that movie would have been released had it been 1999.”

And, because he is (sigh) a middle-aged white man, Fincher HAD to give his thoughts on “cancel culture” and the potential for a miniseries on the subject. “At its heart it’s about how we in modern society measure an apology,” he said. “If you give a truly heartfelt apology and no one believes it, did you even apologise at all? It’s a troubling idea. But we live in troubling times.”

David Fincher when he finishes the Mank press tour pic.twitter.com/ixL9VFzKfa

everyone is mad at david fincher 😭 i love it pic.twitter.com/lxY60Civcv

david fincher causing complete chaos within the film community with just a single interview while promoting his newest film after 5 years pic.twitter.com/EIRPuLT6G1

(via The Telegraph, featured image: Matt Winkelmeyer/Getty Images for SBIFF)