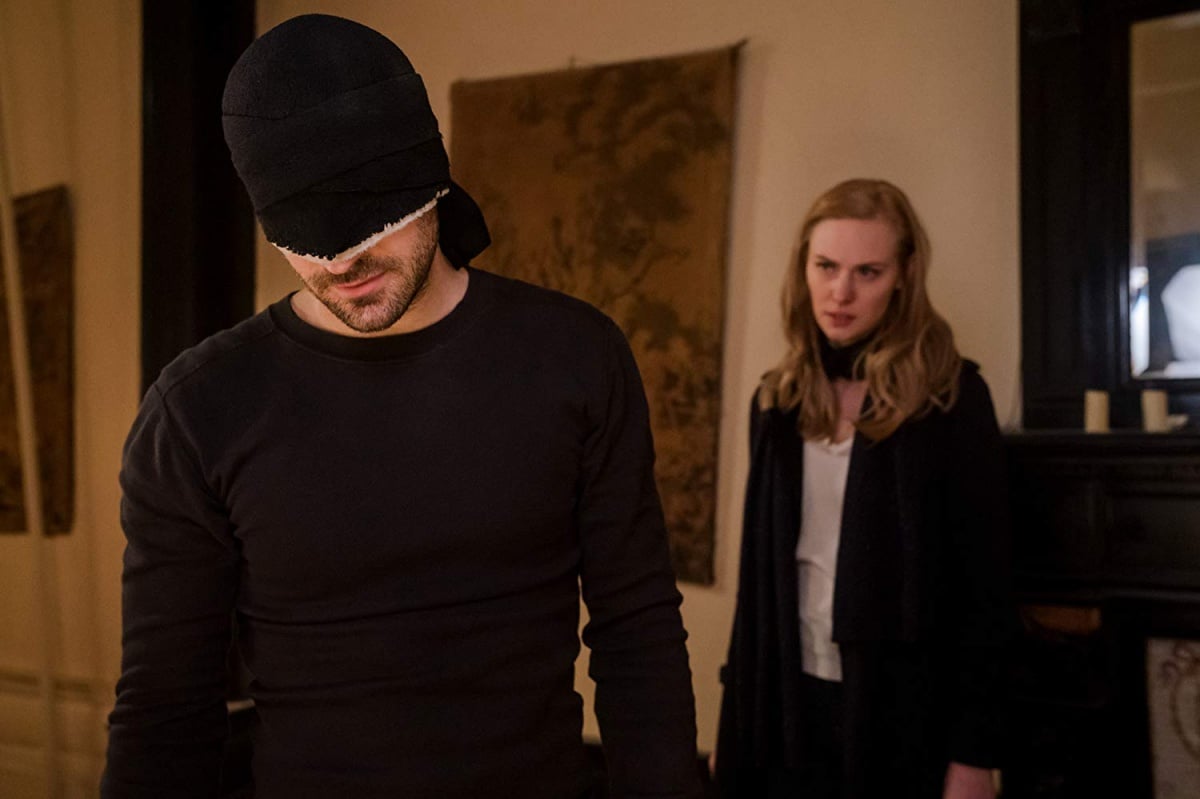 In 1986 regular writer of Daredevil at the time, Denny O’Neil was preparing to leave the series and called up (sigh) Frank Miller to see he would be interested in returning to the series. The result was the collaboration of Miller’s scripts and David Mazzucchelli’s art and became known as the “Born Again” storyline. This arc is the basis for the current season of Daredevil which will air on Friday, October 19. on Netflix. It makes sense that this is the story that Netflix’s Daredevil would use to get back on track and for the most part, in the first six episodes at least, it does but it takes a while to get there.

We open with our beloved Matt Murdock being saved from a watery grave and brought to Father Lantom (Peter McRobbie) who takes him to an orphanage in Hell’s Kitchen for medical attention, run by Sister Maggie Grace played by the queen of television period-dramas Joane Whalley. Sister Maggie’s orphanage is the same one Matt grew up and Sister Maggie, thankfully, isn’t here for any of Matt’s bullshit or self-pity.

And boy is Matt full of it. His body is still banged up from having an entire building fall on him while making out with Elektra. While we know from the trailers that Matt will eventually be back in fighting for, the first two episodes are like the beginning of Rocky with Matt training and angsting about what his purpose is and how he no longer has faith in God.

It is really hard to seriously watch Matt go through the motions of a disillusionment of faith with the fever of a Catholic school student who just made the connection that there are no dinosaurs in the Bible. When he starts being critical of God because of the story of Job, I let out a serious chuckle because I remember being in Catholic school at twelve-years-old thinking the same thing. I mean I didn’t call God a pussy as Matt does, which made me almost pee with laughter and watching him neg Sister Maggie even though she’s been taking care of him just made him seem like an asshole. It’s a little too late to go through a crisis of belief considering all the things the church has done and have the death of your girlfriend be the breaking point. You girlfriend that already came back from the dead once. 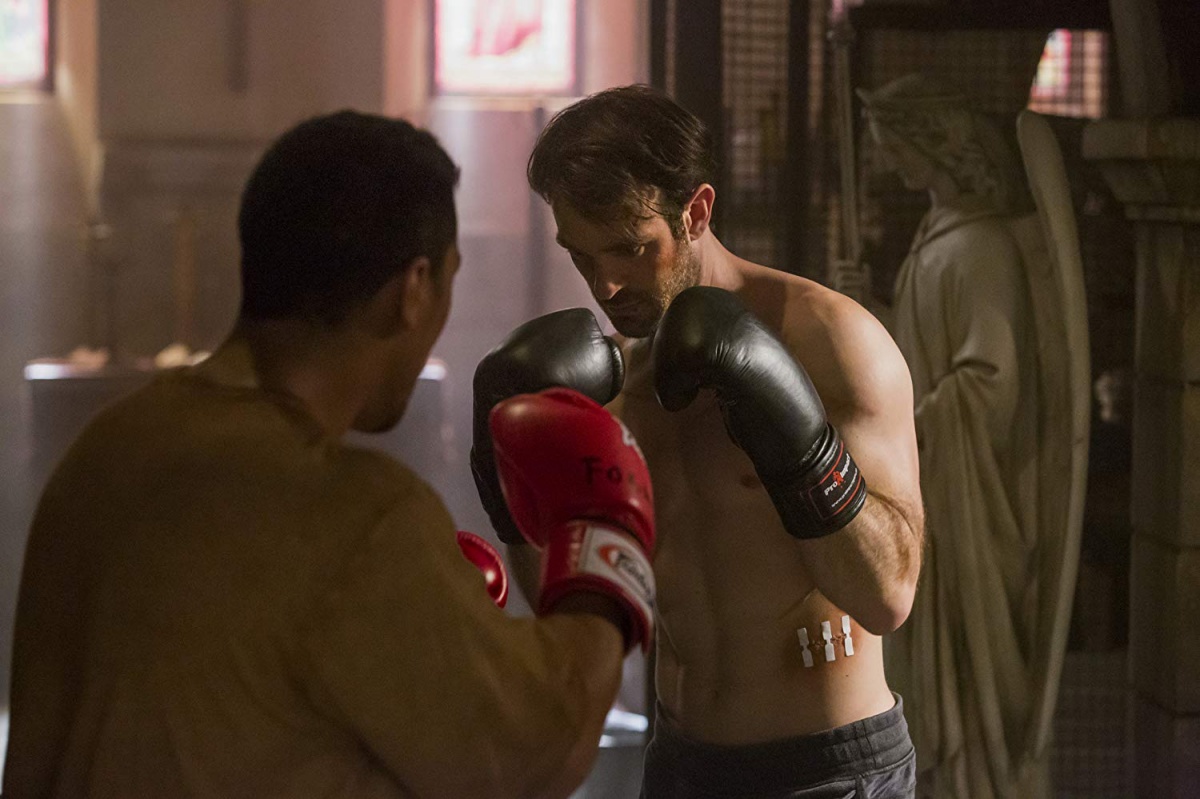 Wilson Fisk, played by the show’s highlight Vincent D’Onofrio,  brings a fire to every single scene that I every time I saw his bald head come into the frame I sat up with excitement. Fisk learns that learns that Vanessa Marianna will be charged as an accessory to his crimes by the FBI and decides to cut a deal. Enter FBI Agent Rahul Nadeem played by Jay Ali. Nadeem is deeply in debt because of helping to pay for his sister-in-law’s cancer treatments and has been denied promotion because of said debts. When he goes to meet with Fisk in prison and Fisk promises to talk, it is a chance for Nadeen to get out of debt and provide for his family.

Nadeen is so desperate that he can’t see that Fisk is always one step ahead of him. One of the most tedious things this season, besides Matt, is watching everyone be so many steps behind Fisk. I get that the police in these shows have to be for the plot to work, but they are so, so naive and inept I can’t help but wonder how they managed to get this far. When he is eventually released from prison and into the protective custody of the FBI you can just see his mind racing with the possibilities and that is because D’Onofrio elevates this role every single time. 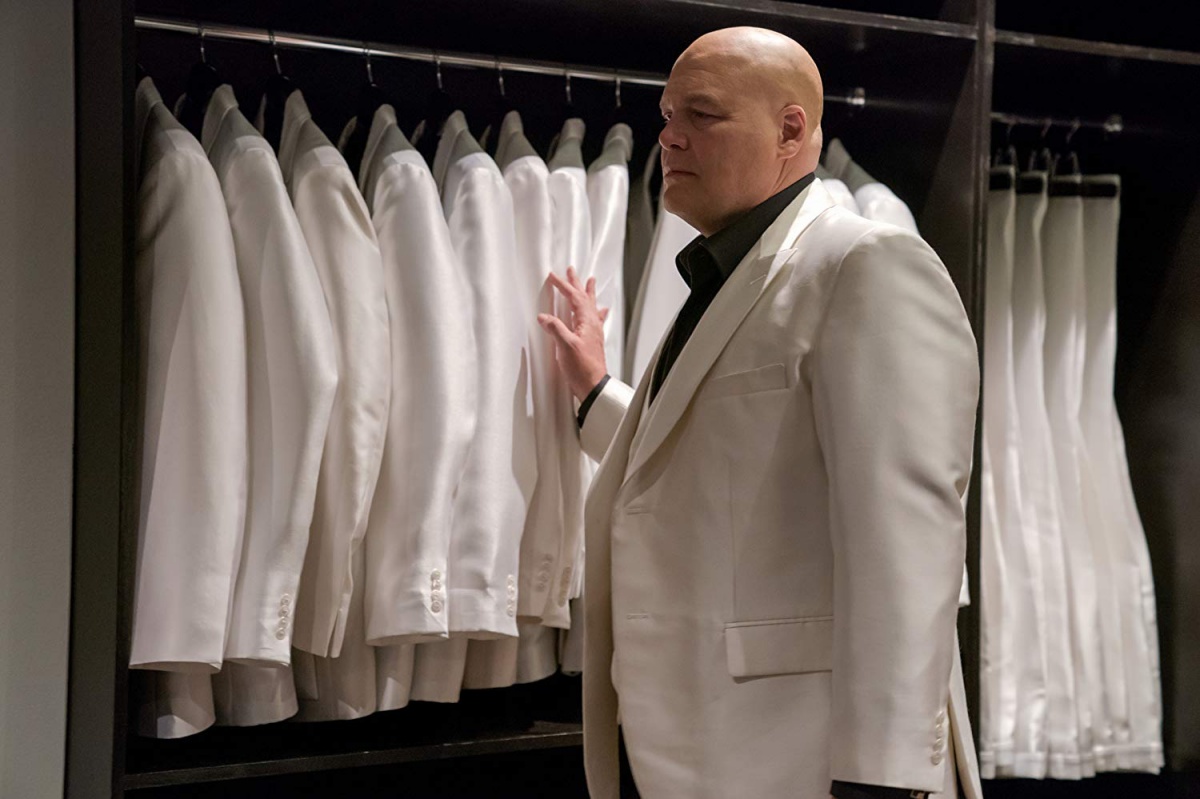 FBI Agent Dex Poindexter aka Bullseye appears in this season and from the trailer released at NYCC it was made known that he would eventually become the second Daredevil that Matt would be eventually fighting. Bullseye is … boring. At least to me. Bullseye is a sociopath who is diagnosed at a young age, he spends his adolescent years in therapy learning how to be a good person and when that ends copes by engaging in stalking, lying, and violence.

Watching Bullseye go from proud FBI agent to broken Fisk ally, it wasn’t really worth the journey despite the good acting from Wilson Bethel in the role, because in this show we have three male characters who use women as their emotional crutch and it’s just not interesting to watch. I am sure there are some who will find Dex sympathetic, but for me, even though it was interesting to see the show trying to show sociopathic behavior in a more physiological light, what does that really matter if he’s just going to be the villain? 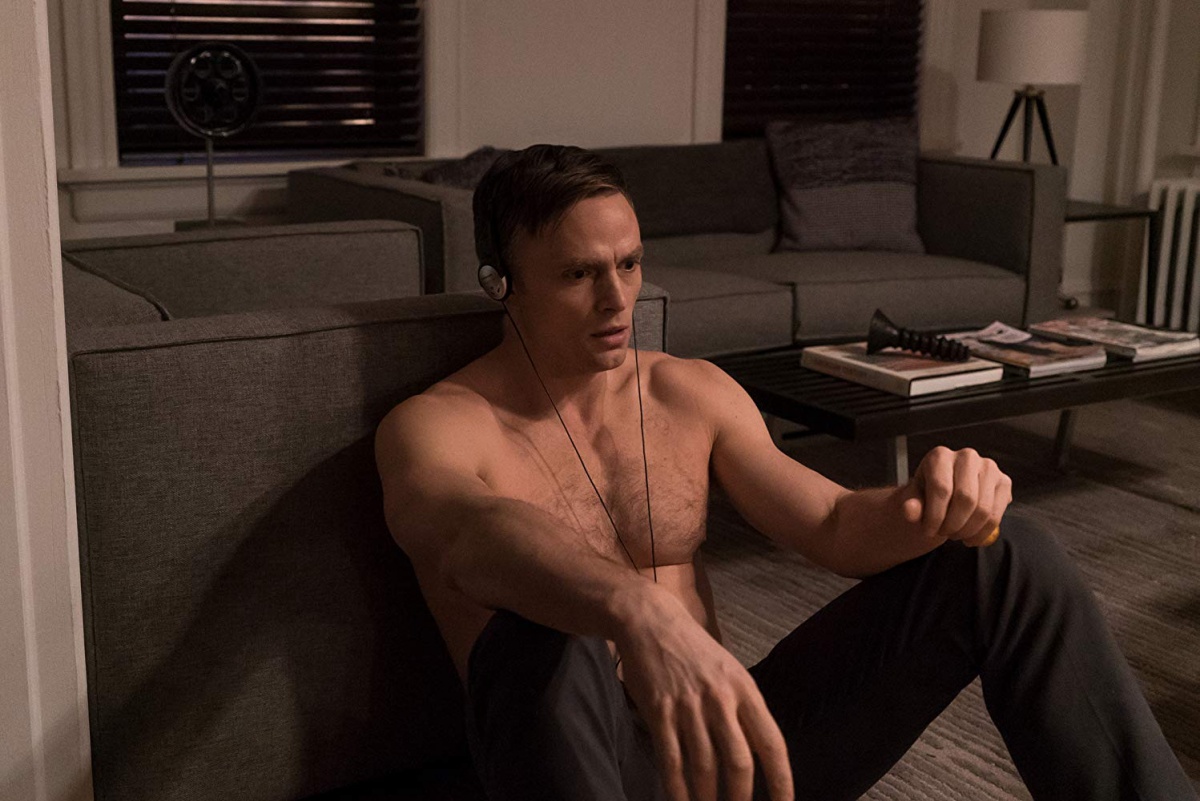 And then there is Karen. Oh, Karen, how you are both better written than your comic counterpart, but still also so frustrating to watch. There is a scene where Karen goes to meet Sister Maggie and the Nun’s advice to Karen she talks about wanting to give up on saving Matt, is to hold on to him. Hold onto Matt to save him. Um no. Karen is like an exposed nerve, not yet ready to deal with Matt’s “death” and paying two rents on a journalist’s salary (the most unrealistic thing to happen in the MCU). We see her going into dangerous situations, harassing black people and being one step away from Jennifer Garner in Peppermint at one point.

Both she and my beloved Foggy Nelson are trying to deal with Fisk getting out of prison, but where Foggy tries to handle it in the light as an adult, Karen, like Matt goes into the shadows. This isn’t to say that Karen isn’t interesting. From the moment she shot James Wesley in season one she has been interesting, but like many love interests in superhero shows, she remains always painfully latched to someone else’s man pain.

But let’s get to the fun part, the fight scenes. They are brutal. In classic Daredevil fashion, the show tries to highlight every moment of physical contact the crunches, the thuds, a harmony of physical violence. Even more so than before we see them done in ways where Matt is very overwhelmed and you honestly feel worried for him even knowing how early on in the season it is. Besides being just a physical highlight for the show, these scenes show that Matt is off his game in every way. When he lost his faith, Matt also lost his groove and his will to survive so instead of thinking, he jumps in with often no idea how to get back out. They are both psychologically and physically compelling and I’m looking forward to seeing how bloody it gets moving forward.

Season three is, in many ways, a return to form for Daredevil with Fisk being back and it telling a more focused story, but it also turns its female characters into emotional anchors for men. I have no idea where the series will go on its second half, but I’m along for the ride because by the end of episode six all the pieces are in play and it’s time for the real party to begin. And the thing about a Kingpin party is that someone will surely end up dead.