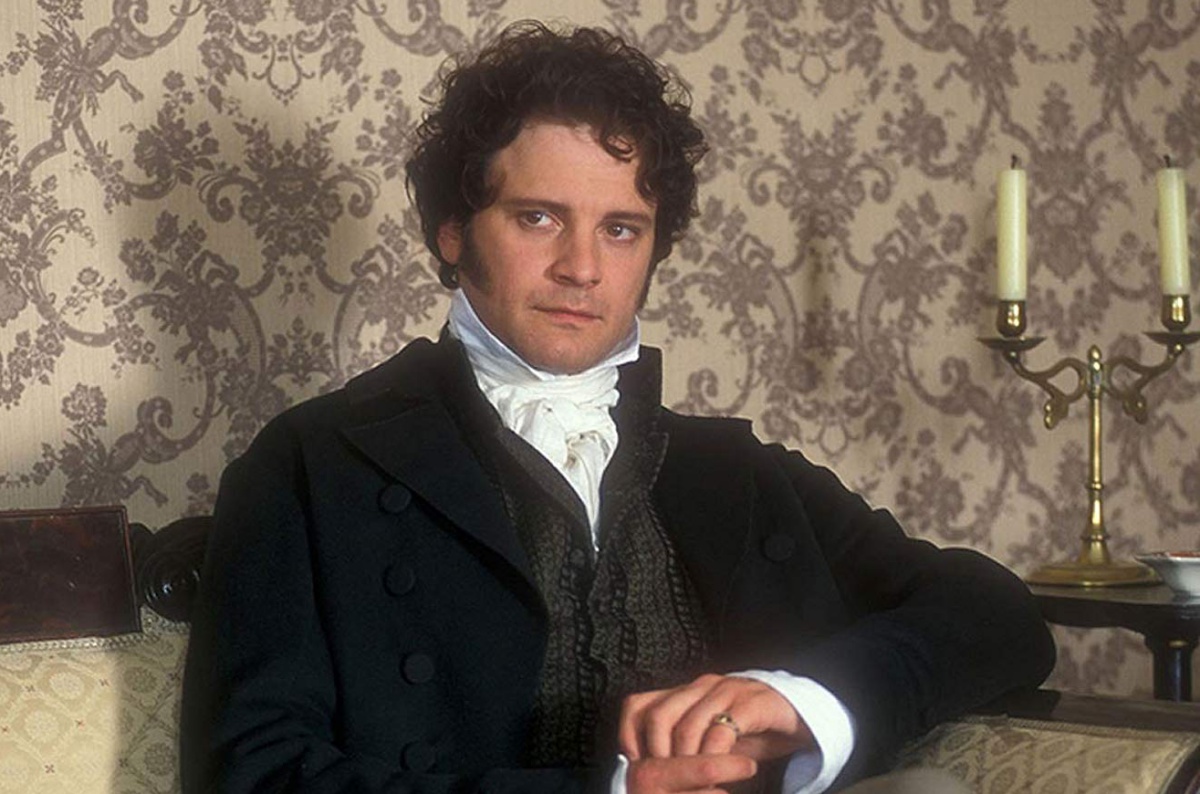 This is Mr. Fitzwilliam Darcy of Jane Austen’s Pride and Prejudice, a book that, even if you haven’t read it, you have probably seen adapted in some form at some point in your life. Mr. Dacry’s relationship with Elizabeth Bennet has become a pillar of romantic tension and motif, to the point where most terrible first impressions that blossom into love stories are based around them in some way.

Sadly, this has led to some serious appropriation, with people trying to apply Darcy’s aloofness and general dickishness (the correct technical term) towards Elizabeth as a parallel to the actions of some of their more … murderous ship members.

Now, if you ask me, Darcy isn’t even Austen’s best shy love interest. That title goes to Mr. Edward Ferras, thank you very much, and I truly don’t really care who people ship, but what I find irritating about the Darcy comparisons is that they always overplay Darcy as being the antagonistic force in his relationship with Lizzie, ignoring that part of the reason he is the way he is is that he’s a giant boob, and that he actively makes amends to fix the damage he has done to his relationship.

From Pride and Prejudice:

“In understanding Darcy was the superior. Bingley was by no means deficient, but Darcy was clever. He was at the same time haughty, reserved, and fastidious, and his manners, though well bred, were not inviting. In that respect his friend had greatly the advantage. Bingley was sure of being liked wherever he appeared, Darcy was continually giving offence.”

Darcy and Lizzie are both snobby assholes who become even more defensive when called out on it. Darcy does screw up first by making the comment about Elizabeth’s looks, saying that she is not “handsome enough to tempt” him, which is him being a dick, but also has to do with Darcy’s initial first impressions of the whole Bennet clan. We have to remember the context of him being an asshole—not to excuse it entirely, but to explain why these comparisons are off base.

From the time Mr. Bingley arrives, Mrs. Bennet is forcing every day she has on him, and thankfully, Jane is gorgeous, and he’s hooked. However, the Bennets do not make the best first impression, with Lydia and Kitty flirting with everyone, Mary … being Mary, bless her, and Jane being very reserved in her affections for Bingley.

There is no denying that Darcy is a snob, but that snobbery is reinforced by the social climbing machinations of the people around him. We are also purposefully given a one-sided view of Mr. Darcy for most of the novel because we are meant to, after his letter, reexamine Elizabeth’s own prejudices that kept her from realizing Darcy’s finer qualities.

Also, Darcy isn’t mean or distant because he’s secretly sexy and has dark secrets or trauma … he’s just awkward—awkward and privileged enough for it to have never mattered because he only hangs out with people who already know him, or desire him for his wealth. His lack of social skills and tact, and also the restraints of the time period, make him very emotionally stunted, even at the best of times.

His messy proposal illustrates that, because only someone so unaware would propose with half-insults:

“In vain have I struggled. It will not do. My feelings will not be repressed. You must allow me to tell you how ardently I admire and love you.”

Seeing Darcy as some “alpha male” would be a big mistake, not because he isn’t a strong man or a leader, but he’s too consumed with what people think of him to really be a leader in that way. He cares too much for reputation rather than heart, and it’s that which causes him to fail to win Lizzie’s affection for the first time. It’s only when he writes his letter that Lizzie is allowed to see what Darcy sees, and we the reader are allowed to get Darcy’s side. It doesn’t make him right, but it does illustrate the bias we have been working under this whole time.

It also shows how Lizzie’s prejudice about Darcy allowed her to let Wickham into the lives of the Bennets, leading to Lydia’s abduction. Lizzie is so sure she is correct that she questions nothing, because it informs her own biases. Lizzie is not some sad, love-struck ingenue who falls for the first dark brooding man to give her a cold stare. She rejects all of that, is a haughty and flawed person in her own right, and for most of the book, it is Darcy who is thirsting after her dark broody eyes. It isn’t until Lizzie realizes that he has good qualities that she starts to fall for him.

Also, he has HUGE … tracts of land.

However, most importantly, Darcy risks his reputation to protect Lydia and does so without telling Lizzie. He does it for her but doesn’t brag about it to her, because that’s not the point. He does it because it’ll help her, selflessly, and that’s enough for him because that’s what love is.

Darcy and Lizzie are perfectly matched because they are both too clever for their own good, hot people with a lot of pride and prejudice about people when they first meet them. Darcy may have been rude and cold, but he never kidnapped her, negged her, and wanted to make her feel inferior to get her to date him.

But, you know, if that’s what you’re into, and you need a bitter, haunted man with a dark malevolent streak to compare your ship to, may I suggest Wuthering Heights. Heathcliff is definitely more your speed.