Interview: Daniel Brühl on Playing the Villain | The Mary Sue

Interview: Daniel Brühl Says Lovely Things About Niki Caro, Being Typcast as a Villain and Starring in The Alienist and God Particle 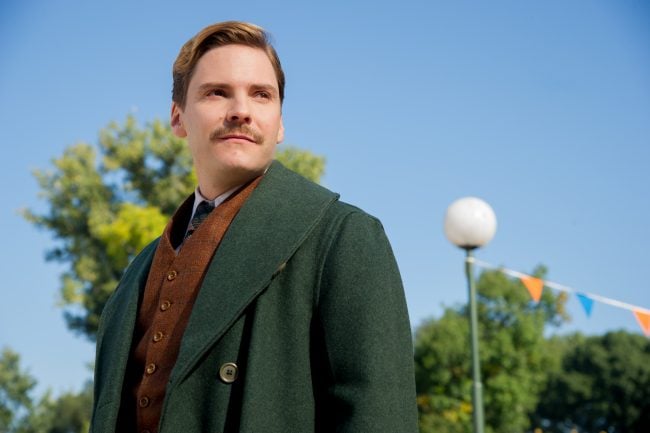 Daniel Brühl, best known for completely disappearing into challenging roles like Niki Lauda in 2013’s Rush, is bringing his diverse talents to the WWII drama, The Zookeeper’s Wife. Starring opposite Jessica Chastain, he plays real life Nazi Lutz Heck who was obsessed with breeding animals to revive extinct species. In the film, he develops a seemingly innocent friendship with Antonina Żabińska (played by Chastain) because of a shared love of animals. However, as he descends deeper into the Nazi propaganda while also falling in love with her, their dynamic shifts into something uglier.

What drew you to this movie and the role of Lutz Heck in particular?

I was sent the script and I knew of this couple, the Zabinksis, but I didn’t know anything about my character. I found it quite interesting what this man… what the obsession of that man was. I couldn’t quite believe that this was a real idea that the Germans had back then… or this man and some of the high ranking Nazis off recreating a Germanic forest, re-breeding extinct animals. I was quite fascinated by that ambition and that crazy obsession. I also found the arc within the story quite interesting, of the relation he has with Antonina—a man who falls in love and then who slowly is losing all his human values… a man who loses humanity in a film which deals with zoo animals. I found that quite interesting to play a human being who’s actually ending up as a beast and is no longer the eloquent and charming and interesting sympathetic scientist in the beginning.

You’ve played a lot of bad guys lately. Are you ever concerned about being typecast as the villain?

It is so funny that you’re saying this because for a long time, I was always cast as the nicest guy in Germany. I was so mad (laughs) and so bored, really. Because it was a huge privilege and a gift to have made the film Good Bye Lenin! But it was also a curse because really in Germany everybody thought I’m the nicest son-in-law so I was always offered the part of the sympathetic nice guy. And then, funnily, the offers that I get outside of Germany were completely different then. So all of a sudden, I’m now offered the part of the villain which, for me, was very refreshing and a big relief. But you’re right, maybe eventually I should go back to play the nice guy again. 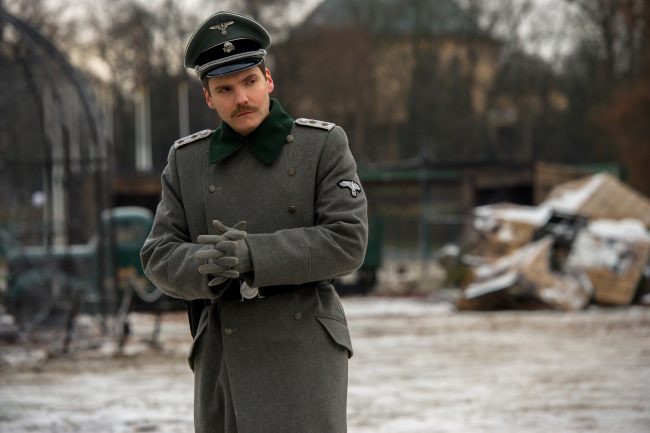 What was it like working with Niki Caro as a director?

She was tough and so incredibly focused. She never struggled. She never had any doubt. I have a high respect for that determination and strength in a director. And it’s only a few times that I experience that a director has such a clear vision. So I was very impressed by her being so stern and focused and tough in solving a lot of problems… And sometimes unpredictable, huge problems. Like for instance, working with wild animals. I was so impressed that at the beginning, she said “No, I don’t want CGI. I want the real experience with wild animals.” I don’t know if other directors would have chosen to go that way because, as you can imagine, shooting with wild animals can be dangerous… can be very problematic and it was quite impressive to see how she handled it. Also, how Jessica [Chastain] handled it because she was very good with the animals. Somehow, it was almost magic sometimes. They would really listen to her. It annoyed me also because she was so good with the animals and I wasn’t.

In Captain America: Civil War, you played the villain (and mission report enthusiast) Zemo. What was it like to be a part of the Marvel family?

That was a dream that became true. I was just incredibly happy. I became a 12-year-old boy on this shoot. And also, before the shoot, like way before, I had a wonderful meeting with Kevin Feige in London when we already talked about the character and he wanted me for this so they adapted and included a couple of thoughts that I had for the part. That was such a privilege. I felt so respected and loved so it was a wonderful experience. And then again, when I first came to Atlanta and I came to set, I was just in awe. I couldn’t believe the scale of it, how big it all was. It was like a 12-year-old boy going to Luna Park.

Do people come up to you and demand mission report?

[laughs] Yeah. It happens. Well, they didn’t ask me for the mission report but it was nice for me to see… it’s small but it’s a pivotal part in the film and I found it very nice to see that people appreciate that and I heard many nice things about my part. And I had very sweet and lovely encounters with Marvel fans… And hopefully I’ll be back for some more trouble. [laughs]

You’ve got The Alienist and God Particle coming up. What can you say about either of those projects?

Well, they’re very different. It’s [God Particle] a traveling back and forth in time… So God Particle is a film that I shot last year, which is a sci-fi film which is very fascinating… Based on very interesting scientific ideas including quantum entanglement and different dimensions so it’s not a sci-fi film in which we fight monsters and aliens. It’s more like a scientific mirror future scenario kind of thriller set in space.

Will you be playing the bad guy in that?

No! And I’m playing a nice guy in The Alienist, too. More or less, I would say. These are actually two good examples for me not being the villain. And now I just started to shoot The Alienist yesterday and I’m gonna spend the next 6 or 7 months here in Budapest and this is gonna be a wonderful journey. I’ve been dreaming of being in a TV show and playing a fascinating part for a long time. I was always looking for the right show and then The Alienist came along and I thought there couldn’t be anything better for me because I’m just fascinated by the universe, by that world that we are telling of New York 1896 and all these wonderful characters that we are playing. So I’m diving into the world of a psychologist by the end of the 19th century.

The Zookeeper’s Wife heads to theaters on March 31.