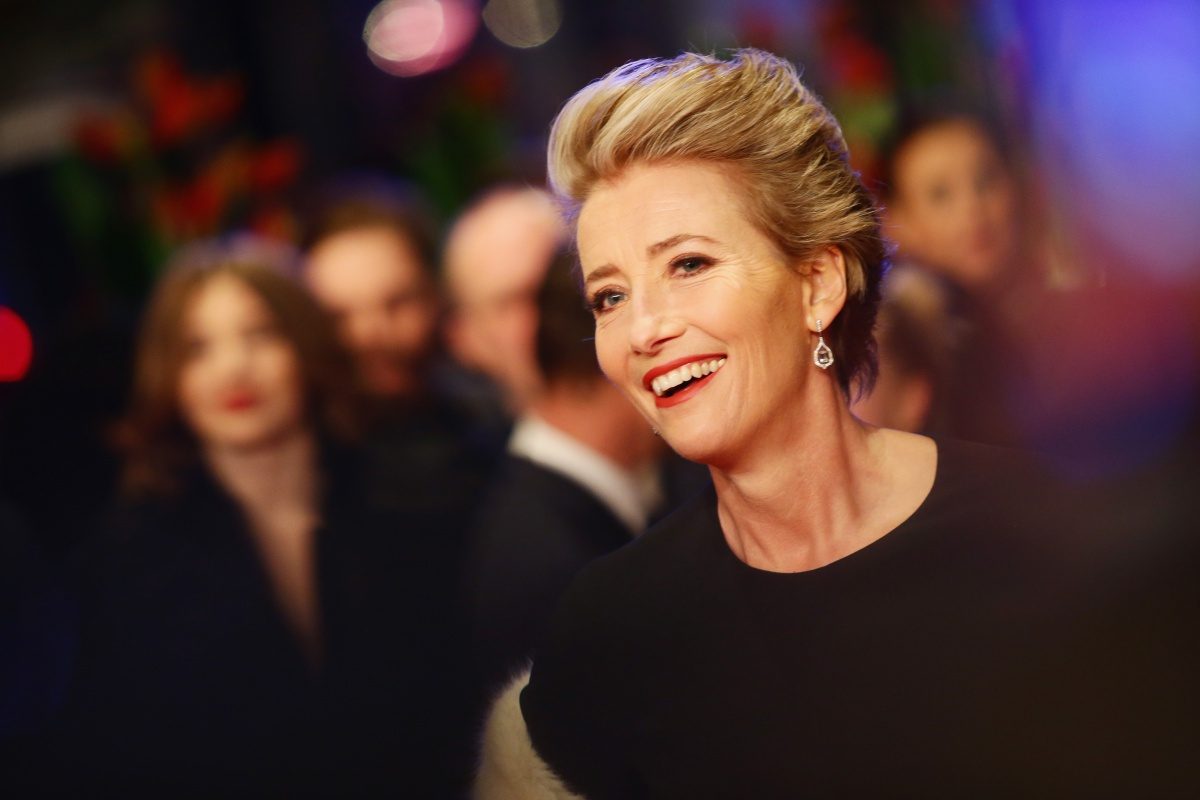 Last week it was reported that Emma Thompson was stepping away from the Skydance animation feature Luck, due to the hiring of John Lasseter to head Skydance Animation. Lasseter had left Pixar a month prior, after thirty-plus years, “after multiple allegations of inappropriate behavior and the creation of a frat house-like work environment,” with Lasseter admitting to inappropriate behavior.

Still, he was very quickly hired to head another animation studio and asked to be given the chance to prove himself. Let’s pour one out for all those men whose careers were ruined by #MeToo. Well, Dame Emma Thompson said … thank u, next.

The Los Angeles Times has shared a letter from Thompson that she sent to Skydance management, which highlights why she said goodbye to a project she wanted to do and her disappointment with their team for bringing Lasseter on. As of right now, the representatives from Skydance have not responded to the Times for a statement.

The letter is short and to the point, but here are some of the highlights:

“As you know, I have pulled out of the production of ‘Luck’ — to be directed by the very wonderful Alessandro Carloni. It feels very odd to me that you and your company would consider hiring someone with Mr. Lasseter’s pattern of misconduct given the present climate in which people with the kind of power that you have can reasonably be expected to step up to the plate.”

What I love from the very beginning is that she calls out Skydance for hiring Lasseter in the first place. To hire a man, who was ousted from one of the biggest animation houses in the world for misconduct, just a month later smells bad on a company level.

David Ellison, the owner of Skydance, said the decision was not made lightly, but considering how his behavior caused women like Brenda Chapman and Rashida Jones to leave projects with Pixar and “several female Pixar employees complained of being victim to his inappropriate touching and remarks,” hiring a man with that reputation shows that you take what he did lightly.

“If a man has been touching women inappropriately for decades, why would a woman want to work for him if the only reason he’s not touching them inappropriately now is that it says in his contract that he must behave ‘professionally’?”

Exactly. As the Times reported previously, Ellison assures the paper that he is “certain that John has learned valuable lessons and is ready to prove his capabilities as a leader and a colleague. And he has given his assurance that he will comport himself in a wholly professional manner.” Did he suddenly learn the lesson about respecting women’s bodies after thirty years? Well, that’s just grand, and it only took him a whole four weeks to figure everything out? His therapist must be amazing.

Thompson continues this line of questioning with what I think is a really poignant question:

The responsibility for shouldering Lasseter’s redemption should not be put on the employees at Skydance. The men and women there who are disgusted by his actions have no choice in the matter. Emma Thompson is a massive star; she can leave the company and the project, but for the animators and everyone else, unless they have something else lined up, there is no easy exit strategy.

“I am well aware that centuries of entitlement to women’s bodies whether they like it or not is not going to change overnight. Or in a year. But I am also aware that if people who have spoken out — like me — do not take this sort of a stand then things are very unlikely to change at anything like the pace required to protect my daughter’s generation.”

By leaving Luck and clearly highlighting why she made that decision, Emma Thompson has done the most important thing big name activist can do. She put her money where her mouth is.