No Plans for 'Constantine' at CW Network | The Mary Sue

CW Not Planning to Do Anything With Constantine Right Now 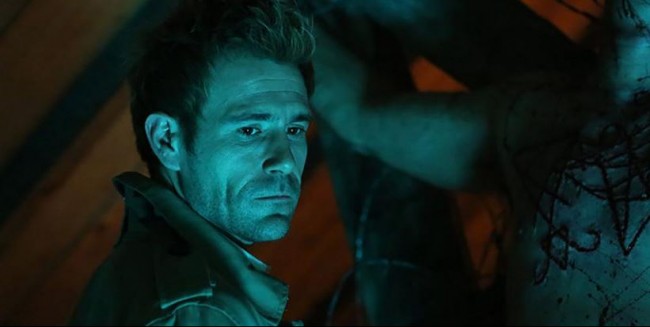 For those of you who got really excited about seeing Constantine in the Arrowverse after NBC pulled the plug on his show last year, don’t get your hopes up for additional encounters any time soon. It looks like the character will be sitting on the backburner for the indefinite future. Arrow creator Greg Berlanti says producers “haven’t really asked” about bringing him in for more episodes.

“We haven’t had any conversations with them about Constantine,” he told reporters during the CW’s panel at the Television Critics Association’s press tour. According to IGN, he elaborated by noting that “Constantine exists in a certain place in the DC world and universe.”

His appearance in season four’s “Haunted” brought some much-needed comedic relief, and it was fun to see him and Oliver try to one-up each other. However, his fight against the supernatural dark forces lurking about mesh more with the Winchester brothers than they do with the gang in Star City. It wouldn’t make sense to keep him around as a sidekick with a stifled storyline. Papa needs to shine on his own.

Still, reactions to the crossover were overwhelmingly positive and Berlanti even admitted that Matt Ryan is “terrific.” Clearly, Constantine deserves to continue his own journey on a network that has room for him and knows how to handle the character properly, but CW is not an option. They’ve already got their hands full with Arrow, The Flash, Supergirl and Legends of Tomorrow.

However, I wouldn’t count on him staying on the sidelines forever as Arrow isn’t the only show with some room to spare for a crossover. “If this show goes as many seasons as I hope it does, it would be a crime for him not to appear in our universe,” Legends of Tomorrow producer Phil Klemmer told Zap2It.

He may be down, but certainly not out.