First Season Anime to Watch During the Long Weekend

What are you streaming this weekend? 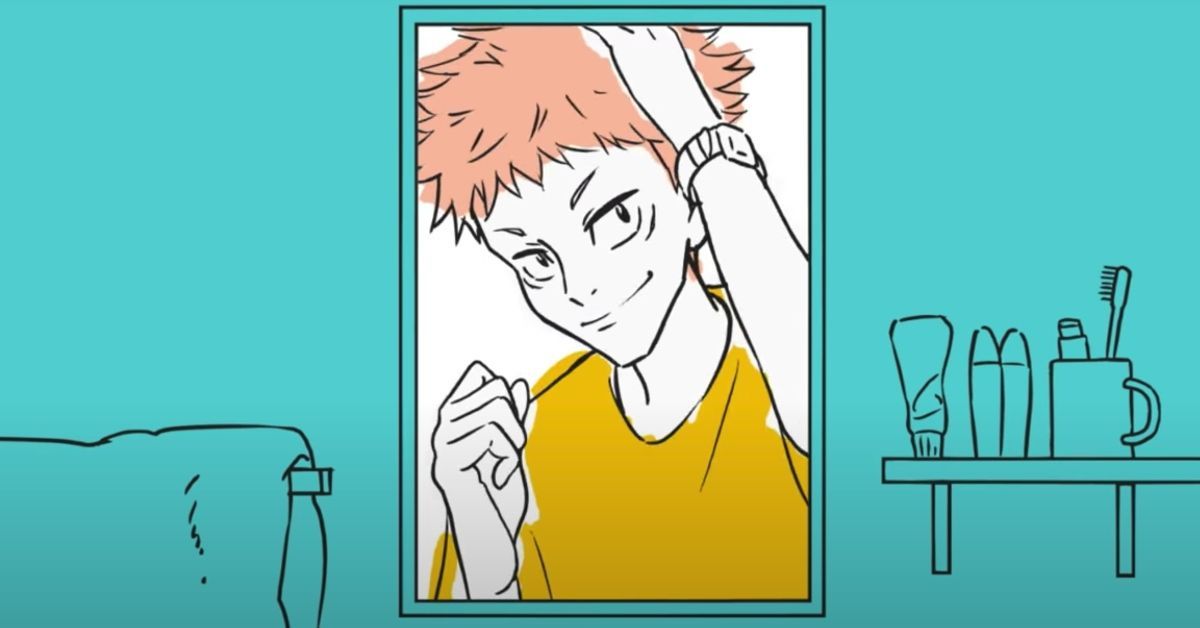 Once Wednesday draws to a close I am officially off the clock for four days in a row. After knocking out a meal I, for some reason, assigned myself to, it’ll be time to watch an absurd amount of anime. Okay, not really absurd, more like, “Wait on updates from series I’m watching weekly.”

And what series are those? I’m glad I asked myself that question for the sake of this article!

Keep in mind, these are series that are currently in their first season, so now’s the time to get attached to characters, find out there are only 7 episodes or so at the moment, scramble to find the manga, and debate on whether or not you wanna go further than the anime. It’s fun! Join me in fandom hell!

Number of episodes at the moment: 8

Right off the bat, I have to say that the opening had me interested, but after watching the first episode I just … had to keep going. Resident good boy Yuji Itadori takes his place as pink-haired anime protagonist by eating a cursed object (finger) in order to protect his friends from certain doom. The finger belongs to the legendary cursed spirit Ryomen Sukuna, who is anxious to take over Itadori’s body. However, Itadori’s a shonen protagonist, meaning that he has more control than Sukuna thinks.

Still, having that much evil running around isn’t a good look, so now Itadori’s been sentenced to death by a group of sorcerers … with one major exception. Satoru Gojo, that dude with the blindfold who’s destined to be everyone’s fave character because he’s silly and OP as F*CK, proposes that they let Itadori eat the rest of Sukuna’s body parts then kill him then. This is a sure-fire way to guarantee that the evil’s gone for good instead of in sealed, separate spots like the jewel shards in Inuyasha. Itadori agrees because he’s got that selfless anime boy syndrome, which means he also has to learn about this world he’s been dragged into and figure out how to use his developing abilities … so he can help out in missions and … die at the end, I guess?

The plot and the characters we meet are just so unique. The powers they use. Their personalities. There’s a talking panda walking around and a kid who only speaks in food ingredients and we’re just supposed to accept that … and we do! If bizarre, stylish, supernatural anime is your jam then you will fly through these episodes as quickly as I did.

Oh, and the music? Yes. Yeeeees!

Number of episodes at the moment: 7

For fans of that Black Butler-style of anime with morally ambiguous characters you end up rooting for when you probably shouldn’t (maybe?!), whoo boy, this is the pick for 2020. William James Moriarty is on a quest to rid Britain (and probably the world, let’s be honest) of the terrible aristocrats who sit atop the social class structure. He and his brothers do this by arranging for victims of despicable crimes by the upper class to get revenge.

Much like series like Death Note, Moriarty only targets evildoers, the twist being that these are all upper-class citizens in a society that’s made looking down on the lower class a commonality. That’s why it’s hard to fault Moriarty as a viewer, after all, when a nobleman lets his gardener’s child die because “why would I help someone beneath me even if that someone is how I got rich” it’s real hard to feel bad when that gardener gets revenge. Moriarty proposes that change is necessary and that the lower class deserves respect. This coming out in a year like 2020 is truly something else.

The true brilliance of this series is in the fact that Moriarty does this in a way that’s completely untraceable to him and the ones who seek his help. Bodies are properly disposed of, or the right chemicals are mixed to create heart problems. Everyone is fully aware that they are, technically committing crimes by ridding society of vile aristocrats, and they’re all getting away with it. That’s where Sherlock comes in … assuming he can find a lead. However, the question becomes, do we even want him to catch this Moriarty?

Number of episodes at the moment: 8

That teaser? Doesn’t give you the full glory of the chaos that is Hypnosis Mic. Which, in hindsight, is the point I’m sure.

You might think from the title and the visuals that this is some palms sweaty, mom’s spaghetti tale of rap groups trying to make it in the music industry, but I’m gonna need you to get more … anime in your thinking.

Here’s the actual plot. Women have taken over the government and have decided that men are just entirely too much. All weapons are forbidden, now replaced with microphones that can be used in battle. Thanks to these hypnosis mics rap battles are literal battles where words are now weapons. You got beef to settle? Take it to the stage and let your lyrics create a giant skeleton that shoots a Kamehameha like beam. 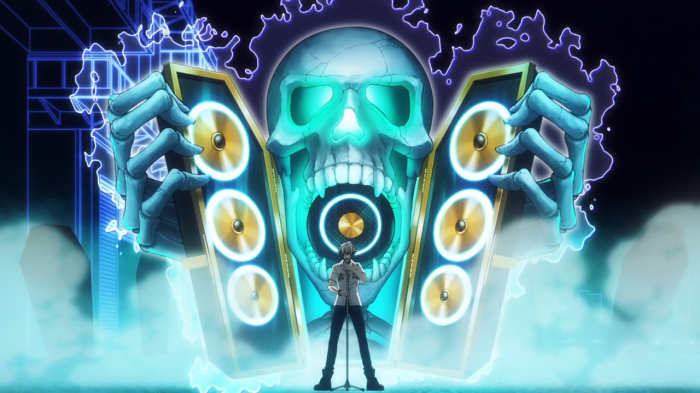 Somewhere in there is a division battle these four groups are preparing for, organized by the government to pit the men against each other so they don’t all come together to try and overthrow the women. I … it’s so ridiculous that I love it.

After I watched a guy hold up a diner with a MICROPHONE I lost it. This is the definition of “turn your brain off” television. Don’t think too hard about anything. Accept the fact that that cute guy just rapped Cerberus into existence to take care of some street punks. There’s a rapping doctor on a team with an overworked salaryman and host club worker who can only talk to women when he’s wearing his jacket. And the military rap artist? Just … accept it.

Number of episodes at the moment: Subbed is finished at 11 episodes! Dub is on episode 8.

Next episode airs:  The dubs tend to be every 2 weeks, so my guess is December 3rd

While the subbed version is finished and watchable, I’m rewatching it as the dub is released because I thoroughly enjoy this series. Daisuke Kambe is, like, the richest mf’er in Japan and decides to join the police force and use his wealth to solve crimes. This doesn’t sit well with Haru Kato which, of course, means they’re gonna be working together.

Watching how Kambe uses his money is entertaining since it usually ends up being a way to pay for the incredible amount of destruction he causes, and just when Kato prepares a “you can’t just DO that” speech those affected by the damage reveal that they’re fine with it cuz they just got PAID. The series also knows when this formula needs to evolve into a more tangible plot, and that ongoing plot is intriguing.

You start to get the impression that Kambe is the way he is to put on a show, similar to how Bruce Wayne is a billionaire playboy so no one expects his true intentions of solving crimes and defending the city. No one would ever suspect a dude like Bruce Wayne to be out fighting crimes, the same can be said for Kambe, who has his own reasons for joining the force.

I’m not sure if this is getting a second season. If it does I’d love to see Kato and Kambe solve more cases. If it doesn’t it has a nice stopping point.

Recently released: Onyx Equinox on Crunchyroll just had its first episode. It’s part of the Crunchyroll original anime lineup and looks promising. I’ll probably check it out this weekend.

What to catch up on before 2021: If you haven’t finished up Promise Neverland now is a good time as season 2 starts next year. Go in knowing NOTHING if at all possible.

For more anime recommendations please follow my favorite Anime Auntie on Twitter. This is where I found out about Jujutsu Kaisen and Moriarty the Patriot.

What’s everyone watching this weekend? I feel like four series is a good start but as an anime fan, I know that I could always and forever use more.