Noted Coward Donald Trump Claims He Only ‘Inspected’ Bunker, Didn’t Hide in It 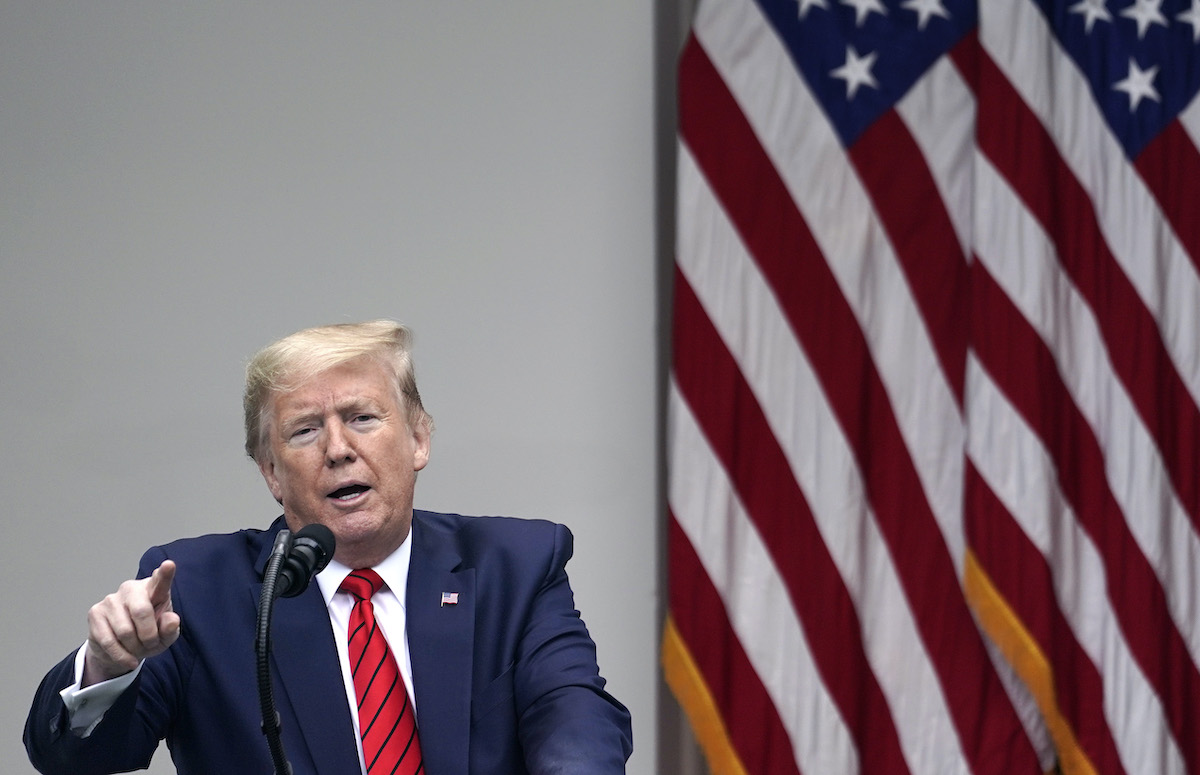 We all know that Donald Trump is a coward. From his days dodging the draft as Cadet Bone Spurs to his notoriously thin skin and inability to hear anything outside his own echo chamber, our president is a fearful tiny little man without a shred of courage.

So naturally, as protesters congregated outside the White House to demand justice for the murder of George Floyd, the Coward-in-Chief ran and hid in the White House’s underground bunker. You know, like Adolf Hitler and Saddam Hussein did.

Trump received quite a bit of mockery on social media and expansive news coverage of the incident, which infuriated him; his obsession over how the bunker trip was perceived was said to be what led to violently clearing protesters from Lafayette Square so that he could have a disastrous church photo op. And now, because Trump is consumed with ego, he’s decided to lie about running to the bunker like the scared little squirrel he is (apologies to squirrels.)

In an interview with Fox News Radio this morning, Trump claimed that he was merely visiting the bunker to check it out. You know, that thing of when you grab your family and you and some Secret Service guards rush to the basement and lock yourselves inside for funsies? He said,

“Well it was a false report. I was down during the day and I was there for a tiny, little short period of time. And it was much more for an inspection. There was no problem during the day.

I’ve gone down two or three times, all for inspection. And, you go there, some day you may need it. I went down. I looked at it. It was during the day, and it was not a problem. And I read about it, in like, a big thing. There was never a problem … nobody ever came close to giving us a problem … They said it would be a good time to go down, take a look, because maybe some time you’re going to need it.”

In this time of national strife, where every state has people protesting DURING A PANDEMIC, the president is more concerned with looking weak than actually doing something of substance.

President Trump said “it was a false report” that he was taken to the White House’s underground bunker Friday night. He insists it was “more for an inspection.”

He added that he’s gone down to bunker total of “two and a half” times to “inspect.”

Of course no one believes Trump because he lies all the time. Let’s see what social media had to say on the subject:

I love trump lying about the bunker, that’s my favorite trump lie ever https://t.co/YBADhGYl2Y

Also the bunker hidey was just an “inspection…” https://t.co/1HoukUB0Ny

Esper now says he didn’t know what he was doing, breaks w/WH on Insurrection Act

instead of erasing “cowering in bunker” theme, Trump’s protected walk to church amplified it

you wouldn’t know my girlfriend, she goes to a different bunker https://t.co/hbxrVlcVXM

Trump went down to the bunker… to “take a look?” To see how the bunker was doing? HOW ABOUT YOU CHECK ON THE AMERICAN PEOPLE BRO THE BUNKER IS FINE. https://t.co/O2JQaep07s

The hashtags #BunkerBaby and #BunkerBitch are trending. Great work, everyone.