Cover Reveal: Reign of the Fallen Makes the Case for Greater Bi Visibility in Fiction 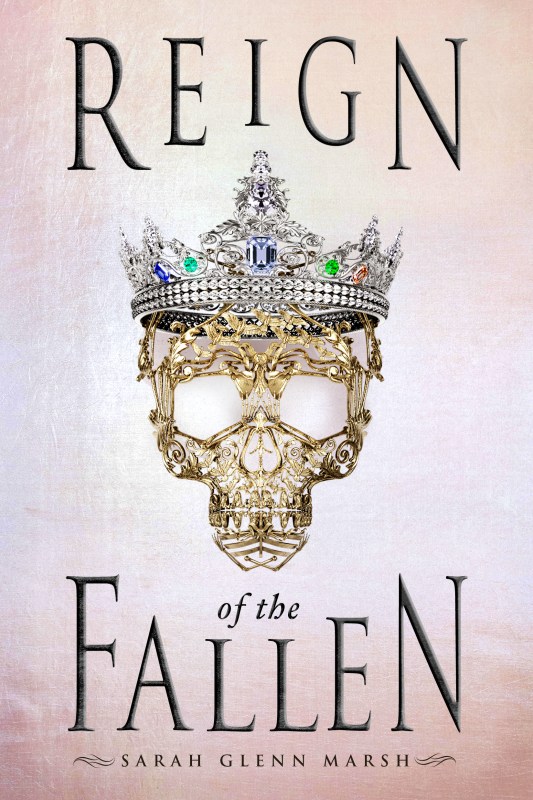 Reign of the Fallen is an upcoming fantasy series about a skilled necromancer who must come face-to-face with an enemy that turned her magic into a weapon. For those interested in this story, we’ve got the exclusive cover reveal for your enjoyment.

Here’s the synopsis: “Odessa is one of Karthia’s master necromancers, catering to the kingdom’s ruling Dead. Whenever a noble dies, it’s Odessa’s job to raise them by retrieving their souls from a dreamy and dangerous shadow world called the Deadlands. But there is a cost to being raised—the Dead must remain shrouded, or risk transforming into zombie-like monsters known as Shades. If even a hint of flesh is exposed, the grotesque transformation will begin.

A dramatic uptick in Shade attacks raises suspicions and fears among Odessa’s necromancer community. Soon a crushing loss of one of their own reveals a disturbing conspiracy: someone is intentionally creating Shades by tearing shrouds from the Dead–and training them to attack. Odessa is faced with a terrifying question: What if her necromancer’s magic is the weapon that brings Karthia to its knees?”

The novel comes from nerdy writer Sarah Glenn Marsh, whose previous works include Fear the Drowning Deep. When asked why she chose to tell this story, she told me she was inspired by her grandmother’s stay in the hospital. “Thankfully, she’s fine now, but the dire situation got me thinking—how far would someone be willing to go to bring a loved one back from the dead? What sort of sacrifices would someone make in order to bring an important person back into their lives, and what consequences might that decision have?”

Those questions led her to the Greek mythological hero Orpheus who attempts to rescue his wife from the underworld and is told by Hades that he can take her back to Earth as long as he doesn’t look at her until they’re both out of his realm. Spoiler alert: He does and loses her forever.

“That story,” Marsh added, “combined with thinking about how death is such a stagnant, permanent state, lead me to start building the world of Reign of the Fallen, where the Dead must wear shrouds in the living world or else become monsters; where change of even the smallest sort is outlawed because the Dead fear it; where entering the spirit world demands a painful sacrifice of any living person who dares to go there.”

Building upon that, she decided to create a world where people weren’t judged for their sexuality. “While we’re certainly seeing more books with positive LBGT representation lately, I hope this is a direction that publishing continues to move in as a whole, especially when it comes to often-stigmatized bisexuality.”

She continued: “Seeing yourself in stories and the media you consume is such an empowering and validating experience, as I’ve learned through, for instance, following Clarke and Lexa’s story on The 100 (although I, like many, take issue with how it ended). I want to see more people like me represented in a positive and powerful way, which is why I wrote Odessa, Reign of the Fallen’s protagonist.”