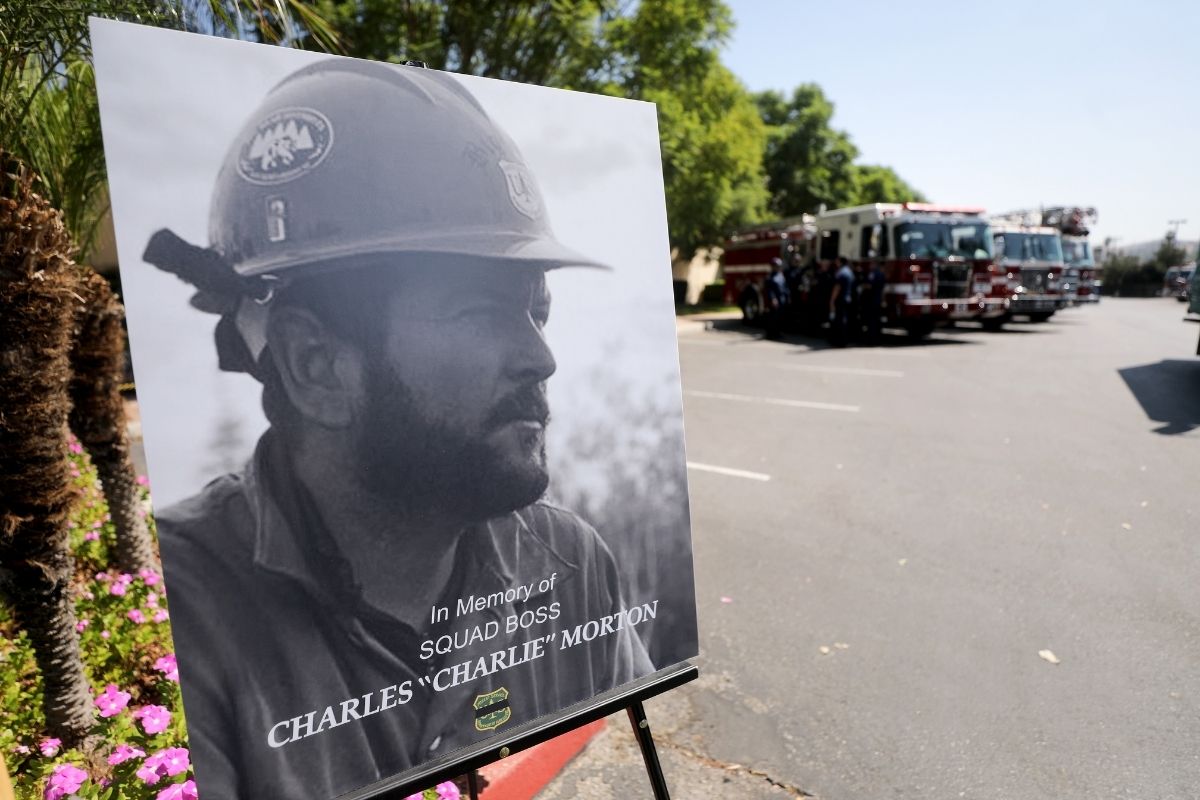 Actions have consequences, especially for a couple that started a fire thanks to a gender reveal party. They now face a charge of involuntary manslaughter for the death of firefighter Charles Morton, a 39-year-old leader of the Big Bear Interagency Hotshot Squad who had served 18 years with the U.S. Forest Service. And like I said earlier, your actions have consequences, and these are it for the couple who thought a gender reveal party with pyrotechnics was appropriate during a dry and scorching day.

Refugio Manuel Jimenez Jr. and Angela Renee Jimenez started this dangerous fire on September 5th, 2020. They were hosting a gender reveal at El Dorado Rand Park in Yucaipa, which is at the foot of the Bernardino Mountains according to NPR. The smoke-generating device they used for the gender announcement was set off in a dry grass field during a record-breaking heatwave that created “kiln-like” conditions in California. Before they knew it, a fire had broken out in the dry grass, and strong winds helped spread it across about 75 miles of the national forest and destroy up to 22,000 acres across San Bernardino and Riverside Counties, according to The New York Times.

On September 17, flames overtook a remote area with firefighters and ended up killing Morton. But that’s not all, especially for a fire this big. The El Dorado fire injured 13 people, forced the evacuations of hundreds of residents, and destroyed 20 buildings, according to NPR. And it kept raging on and completely charring 36 square miles of land before being contained on November 16th. That’s more than a month of deadly blaze destroying lives, homes, and wildlife preserves because a couple thought that their gender reveal party took more precedence than the conditions around them and the high probability of fire that came along with it.

That’s not all when it comes to this couple. According to The New York Times, they also face “three counts of recklessly causing a fire with great bodily inquiry, four felony counts of recklesslessly causing a fire to inhabited structures” and 22 other misdemeanor counts. And it joins all the wildfires, which is half of them, that are caused by downed power lines, cigarettes, unattended improperly structured fire, and now gender reveal parties. And how did these two plead when faced with insurmountable evidence of their tomfoolery? They pleaded not guilty and were sent home without bail.

San Bernardino County’s district attorney Jason Anderson said, “Obviously, he (Morton) wouldn’t have been out there if this (fire) hadn’t started in the first place.” And he followed that up according to The New York Times by saying, “He’s fighting a fire that was started because of a smoke bomb. That’s the only reason he’s there.” And if convicted, the couple faces several years in jail.

The couple in question is set to return to court on September 15th.