The Exploration of Control in Black Widow 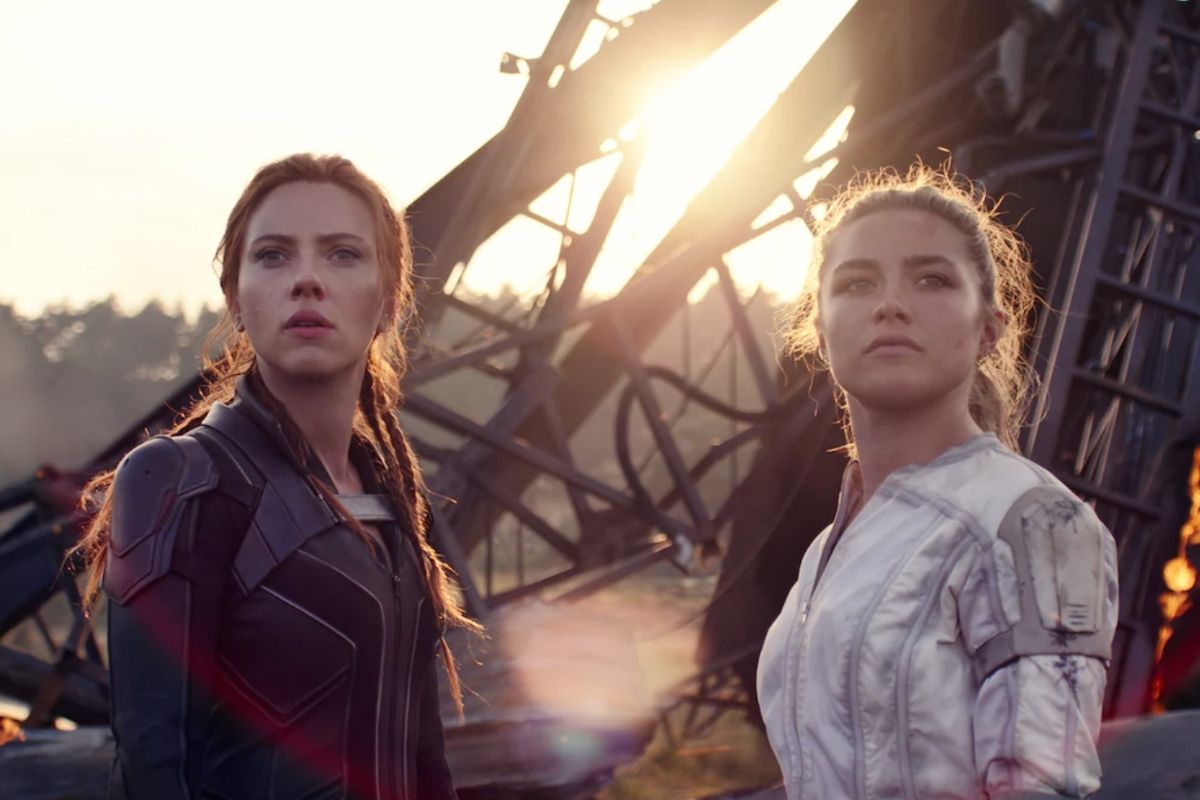 There are some wonderful action sequences in Black Widow and some very Marvel-typical storylines. Something that’s new, however, is that there are hard-hitting scenes where women get to explore their trauma, and we get to see on screen all the different ways these characters react to what has happened to them—and what was done by forces beyond their control. Even better, we get to watch them take back the ability to make their own choices.

Control has always been a part of Natasha Romanoff’s life in the Marvel Cinematic Universe. Whether it is her own hold over the narrative and how she’s spinning it or feeling a sense of self-determination while with the Avengers, it was important to see how strong Nat could be portrayed while still knowing of her history with the Red Room. In Black Widow, we get a deeper look into the idea of control (or really, the loss of it) for the women of the Red Room and what it means.

The Red Room is a place that takes all choices away from the women there. We see that exemplified in the opening scene when Natasha and Yelena are ripped away from their spy family unit as children and given no other option but to train for the Red Room or be discarded. We also know from Age of Ultron that the Red Room’s training ultimately took away Natasha’s ability to have children (a frankly horrid addition to the Marvel Cinematic Universe from writer Joss Whedon and something I’m still furious was ever added to the MCU).

But Black Widow explores this element in a fashion that at least explains why the Widows are put into that position. The reason that the Widows are all given forced hysterectomies is because of the nefarious General Dreykov (Ray Winstone), who commands the Red Room, and his need to exert complete control over them in every aspect of their lives.

From childhood on, they’re under his watchful, oppressive eye and doing his bidding. Throughout the movie, however, we get to see Nat’s control over herself that she gained by breaking out of the Red Room and remaking her life with the Avengers. We see Yelena Belova’s (Florence Pugh) own struggle for control when Dreykov is using a drug to keep all the Widows as his mindless assassins. And there are two scenes that really demonstrate how much these women have suffered at Dreykov’s hand: when Yelena is telling Alexei about her own hysterectomy, and then later when Nat frees all the Widows still under Dreykov’s chemical mind control.

First, Yelena and Nat rescue Alexei (David Harbour)—who had posed as their father figure in America—from Russian jail because they need his help to find Dreykov. Acting as if his actions did nothing to hurt either of them, he keeps making jokes or calling them his girls. Yelena clearly has enough and snaps about being sent back to the Red Room and then gives a very harsh description of a hysterectomy. The scene is executed with her brand of humor and she’s using sarcasm to get her point across, but the pain is there and it’s clear she at least partially blames what happened with Alexei as to why she was back in the Red Room at all.

Later, Nat and Yelena have a very frank conversation about that choice being taken away from them, and the lack of control the Widows have over their own bodies. It’s not a subtle exchange, but it’s clearly meant to be indicative of our time and how often worldwide women are left out of the conversation when it comes to our own bodily and reproductive autonomy. Dreykov’s actions often serve as stand ins for the way women are routinely treated, and if they seem particularly villainous and over-the-top, so is telling women in “the real world” that they cannot make choices for themselves about their own bodies.

One of the most apt scenes on this theme comes from Drekyov talking to Natasha, saying that the world has an abundance of little girls. The exact line is that girls are “the one resource the world has too much of.” Everything about the scene is about Drekyov’s maniacal need to have mastery over the Widows and his contempt for women-kind. It’s also right before his downfall for underestimating the women he so cruelly helped shape.

Dreykov has developed a pheromone that makes it so that Widows like Natasha and her mother-figure Melena (Rachel Weisz) cannot hurt him. This shows just how a) paranoid he is that for all of his confident talk he’s afraid he doesn’t actually have complete control over them and needs a failsafe b) demonstrates how he’s taken yet one more element of choice away from them—they don’t even have the choice to fight him, should they make it to that point. And it’s why it’s so powerful when Nat lets him continually punch her—letting him think momentarily that he’s won and still has the upper hand—only for her to point out that he wasn’t strong enough to get the job done. She then breaks her own nose in order to sever the nerve and stops his control over her for good.

But more than that pivotal scene, we see later on when Nat releases the other Widows from their drug-induced haze that these women also have never had the chance to make their own decisions and have control over their lives. They’ve grown up thrust into a world of Dreykov’s choosing time and time again. and so many of them just want the freedom to make their own way. As I wrote, I wish we had a Yelena and the Black Widows TV series, because it would be an excellent narrative to explore what happens to these women after they gain their freedom and the Red Room falls. It’s certainly a victory, but it’s also difficult to emerge from that many years of abusive oversight. Where do the Widows go from there?

For Yelena, her first goals on her own were as simple as wanting a dog—something to call her own—to the complexities of deciding she’s going to help liberate the Widows worldwide who are still under cover and under mind-control. For Nat, it was trying to get the “red” out of her ledger, making her own family with the Avengers, and later realizing that Yelena is still her sister and she has parental figures who cared for her. What it means for the rest of the freed Widows remains to be unseen, but those choices now lie in their hands rather than a man making the decisions for them.

The question of who gets to be in control and why is such an undercurrent throughout Black Widow that when the Widows turn to Nat and ask what next—and realize they have freedom for the first time to decide for themselves—it is incredibly emotional. These women were never given a chance, never given a choice, and now for the first time, no one else is dictating their next steps. This was a powerful message to see play out onscreen. After the brief “girl power” scene in Endgame was widely read as pandering, Black Widow afforded the chance for female heroes to be front and center. And there’s no reason why the MCU should stop telling stories about the Widows anytime soon, considering the rich world of possibilities that the movie opens up.