Thing We Saw Today: Competitive Dog Dancing Is a Thing?! 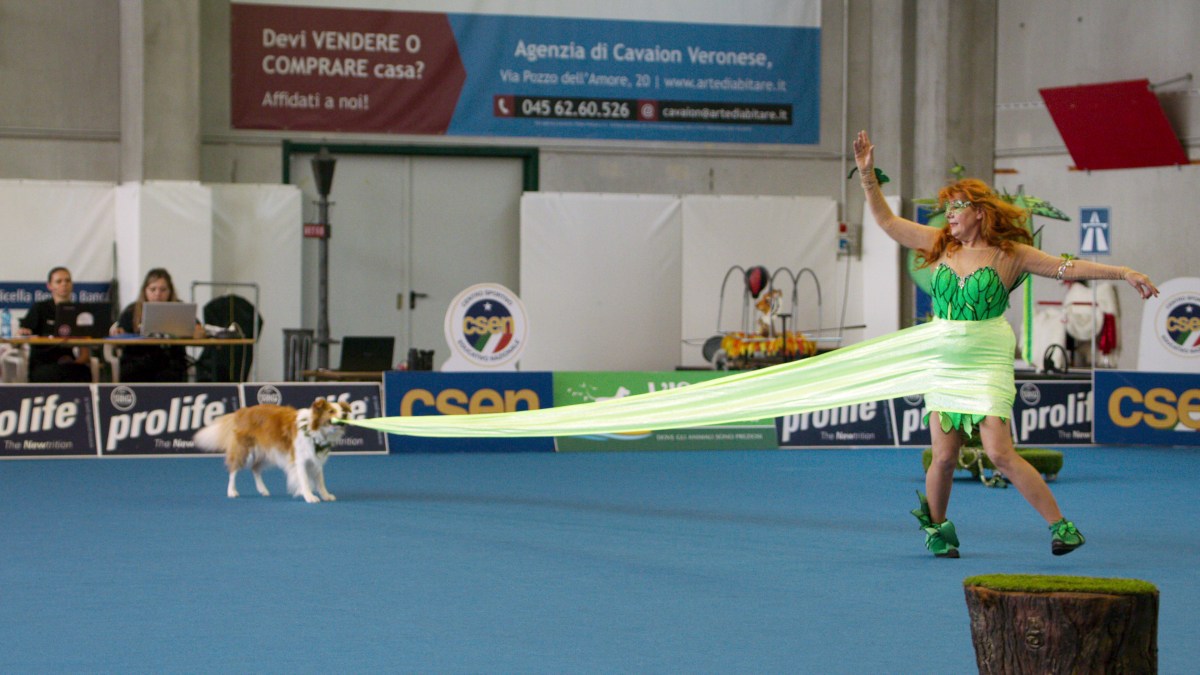 When I saw the tweet I thought, “so, surely this is a deep fake or some mistake at a dog show” but no … there it was on my Twitter feed. A woman and an adorable pup (a border collie I assume) doing a brilliant routine. A dance routine. To Evanescence’s classic “Bring me to life.” Welcome, my friends, to the world of competitive dog dancing.

This is the most important competitive dog dancing (or as we call it in the industry, “heelwork to music”) video you will ever see. pic.twitter.com/2EdHLDSjeH

Learning that dog dancing is a thing I feel like my soul has ascended from my body. Good good boys and girls doing fancy tricks and footwork to music? Sign me up. It’s called, as the tweet above notes, “heelwork to music” and it’s a whole THING at dog shows. According to the Kennel Club UK: “Heelwork to music is where competitors choreograph routines with their own choice of music of up to four minutes and perform these with their dog.”

And it’s the best thing I’ve ever seen.

And one more because this is the energy I am bringing into 2021.

And if you can’t get enough of Dog Dancing, well, I have amazing news for you, there’s an entire episode dedicated to the sport or art form or whatever it is on Netflix’s recent docu-series We Are The Champions, which dives deep into the dog days of dancing with furry pals. And that’s just one installment of the series, which also includes episodes about competitive cheese rolling, frog jumping, fantasy hairstyling, and more. I am officially obsessed with all of it.

Now that’s my week’s entertainment sorted. Now, if I can just find my dog and see if Corgis can keep a beat ….

Here are some more things we saw today.