Companies Halt Donations To Politicians Who Supported the Attempted Coup

Why were they donating to them in the first place though? 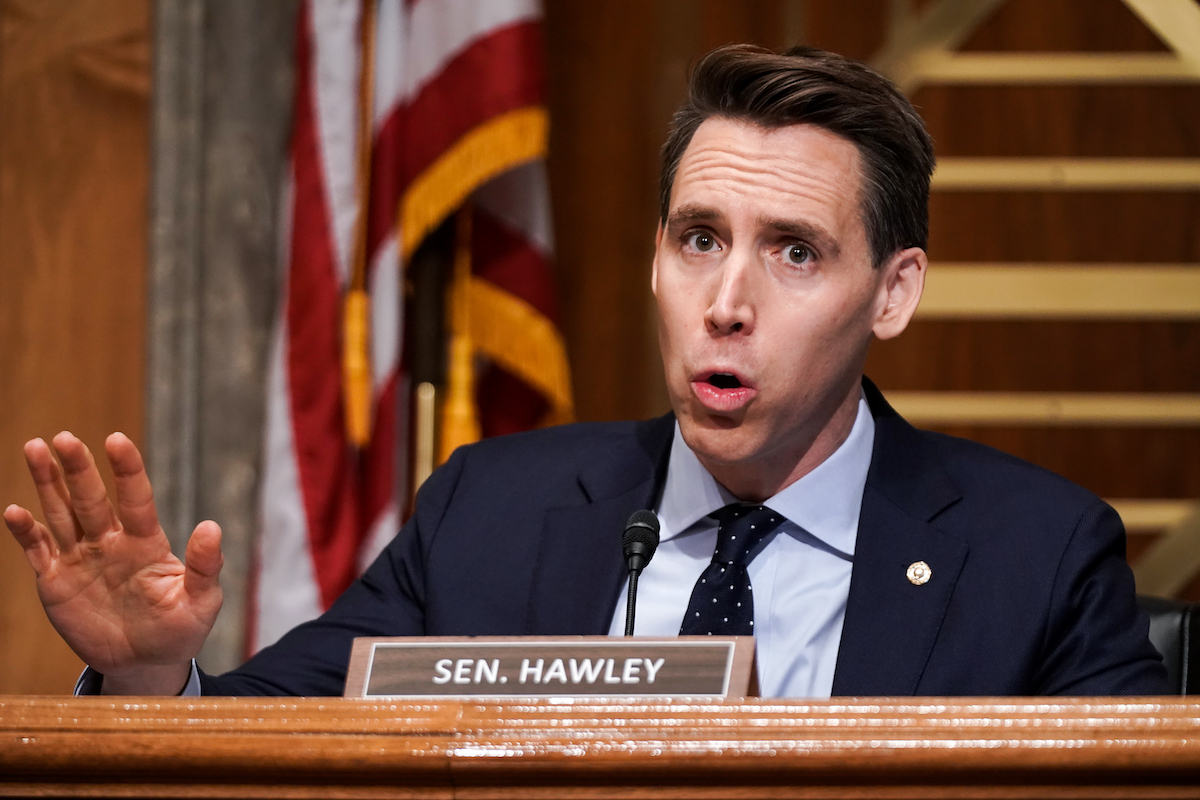 It would seem inciting riots and sedition isn’t good for business, something that various members of Congress and the senate are finding out this in the wake of the Capitol riots, as major corporations halt donations to politicians who voted against certifying the electoral college. The main focus of this ire has been Missouri Senator and cheerleader for armed insurrection, Josh Hawley.

First Hawley’s book deal was canceled, then many major new organizations and politicians called for his resignation. And now, the money going to his campaign is being cut off. It’s almost as if the fact that Hawley put out a fundraising blast while the Capitol was under attack from an extremist mob that he encouraged and supported … looks really bad? The same goes for Senator Ted Cruz, Representatives Kevin McCarthy, Jim Jordan, Marjorie Taylor Greene, and more who all supported invalidating the lawful election of Joe Biden.

The list of companies that say they are suspending further donations or asking for money back from members of Congress who voted for the objections to the electoral college is growing by the hour. The New York Times reports that Morgan Stanley, Marriott, and the chemical giant Dow will halt such donations.

But the big hit, at least in terms of publicity, came from Hallmark. The Kansas City, Missouri-based television and greeting card giant’s political action committee, HALLPAC, isn’t just stopping donations, they want the money they sent to Josh Hawley and Kansas Senator Robert Marshall back.

BREAKING: @Hallmark, which donated $3,000 to @HawleyMO and $5,000 to @RogerMarshallMD is demanding its money back. https://t.co/r4Z4TjJUCe pic.twitter.com/UupykvuZsg

The news that Hallmark was standing up for democracy and the peaceful transition of power more forcefully than many members of the Republican was met with applause and praise. And of course memes.

It’s good that these corporations are demanding money back, but this also serves as a troubling reminder of how much corporate money is in politics. Every major company seems to have a political action committee that, thanks to the Citizens United ruling, gets to funnel unlimited amounts of cash to politicians of all parties. The fact that it’s the loss of corporate money that may get through to these traitors and not the voices of the American people show just how skewed in favor of corporate interests our country is right now.

Josh Hawley and his mob of traitorous buffoons are facing real and immediate consequences, but it’s not nearly enough. Josh Hawley, Ted Cruz, and every other senator and member of Congress who incited and supported a violent insurrection at the behest of Trump, and then stood up and objected to the certification of the electoral college that same evening must be removed from their positions and barred from ever holding office again at a minimum.

Now, does anyone know where we can buy a nice card to send to Hawley to remind him to get out of Washington?