Attempts to Form Language With Dolphins | The Mary Sue

We Might Be Able to Have Conversations With Dolphins 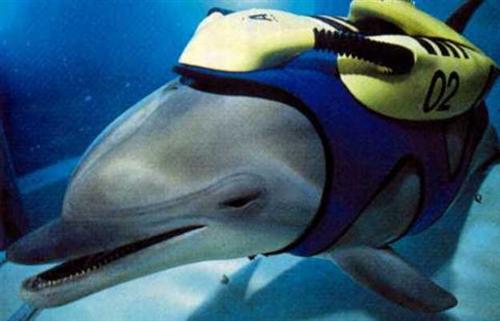 Scientists are hard at work, trying to make it possible for us to not just communicate with dolphins, but to figure out a way for them to reciprocate and respond. And they are prepared to collaborate with dolphins to create another whole language! Somebody’s been watching seaQuest DSV on Netflix, haven’t they?

Humans have been able to communicate with dolphins since the 1960s, when they discovered that dolphins could retain a vocabulary of about 100 words. However, while the dolphins would provide a response to human communications (including slightly more complex orders, like “get the man the surfboard”), there was no way for them to communicate with humans. So now, divers are going into the ocean to study dolphin sounds to try to decipher their language and make it possible for dolphins to respond. The project, called Cetacean Hearing and Telemetry — or CHAT — is being run by Thad Starner, an artificial intelligence researcher at the Georgia Institute of Technology in Atlanta, and Denise Herzing, founder of the Wild Dolphin Project in Jupiter, Florida. Together, they hope to “work with dolphins to co-create a language” that will enable natural interspecies communication.

To record, interpret and respond to dolphin sounds, Starner and his students are building a prototype device featuring a smartphone-sized computer and two hydrophones capable of detecting the full range of dolphin sounds … [A] diver will also have a Twiddler — a handheld device that acts as a combination of mouse and keyboard — for selecting what kind of sound to make in response.

Herzing and Starner will start testing the system on wild Atlantic spotted dolphins (Stenella frontalis) in the middle of this year. At first, divers will play back one of eight “words” coined by the team to mean “seaweed” or “bow wave ride,” for example. The software will listen to see if the dolphins mimic them. Once the system can recognise these mimicked words, the idea is to use it to crack a much harder problem: listening to natural dolphin sounds and pulling out salient features that may be the “fundamental units” of dolphin communication.

That is, if there are such “fundamental units.” Other experts believe that this kind of experiment won’t yield very accurate results, and the language barrier might be way too large. It certainly doesn’t seem impossible to try and crack the cetacean code. And perhaps it could come in handy for military operations. Or adding sounds to Lisa Frank notebooks. Because haven’t you always wondered: “What are they talking about?” Now we will know! 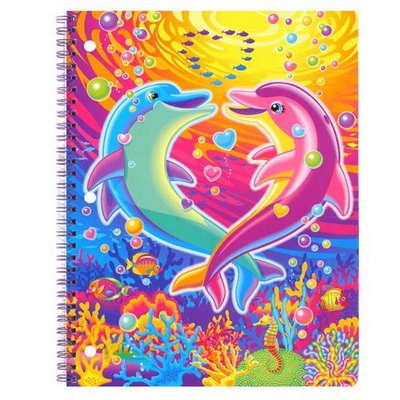