Start kissing up to your long-armed friends NOW. 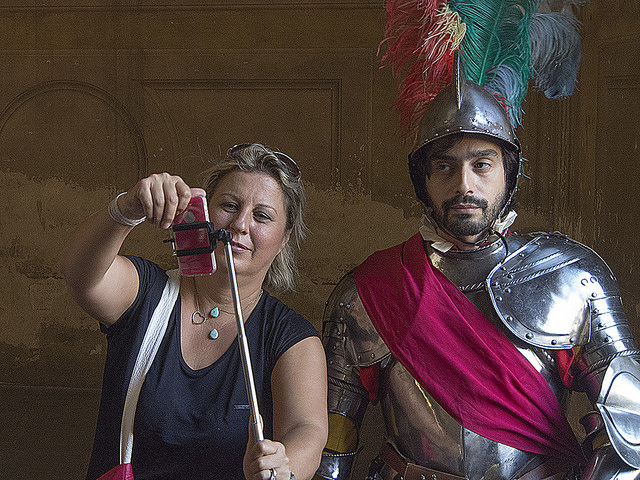 If you’re going to Comic-Con this year and like taking selfies, you’d better have long arms, or at least be friends with people who are. Because SDCC has announced that they are banning selfie sticks this year as one of several changes to their technology policies. Who do you think you are, SDCC? The Cannes Film Festival?

And yes, that also includes GoPro poles or anything else that would allow you to extend your camera from your hand. As Comic Book Resources reported, SDCC organizers consider them a safety issue, saying:

With so many people in attendance, protruding cameras or phones sticking up in the air are a definite hazard. If you’re caught with a selfie stick, you will be asked by security to put it away and not use it at Comic-Con.

However, there are other safety concerns to keep in mind as well that they don’t mention. For example, as TMS contributor Mindy Marzec discussed in her post, “I Was Sexually Harassed at Star Wars Celebration,” much of the incident involved alleged harassers attempting to get up-skirt shots using selfie sticks.

So, if you’re bummed about leaving your selfie stick behind when you go to SDCC this year, remember there are some pretty good reasons why they’re not allowed. Check out this, and all the other new tech rules at the SDCC Toucan Blog. And remember, you can still take selfies the old fashioned way.