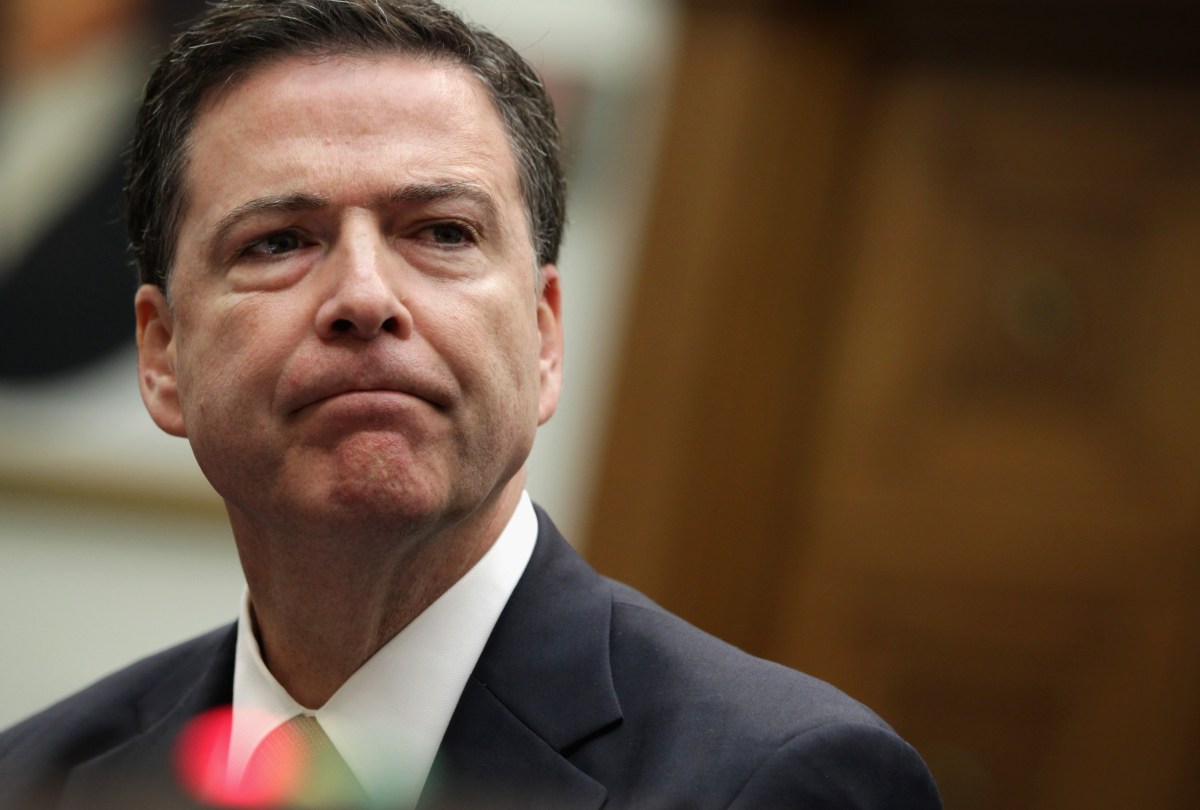 We know that the President is a slimeball for many, many reasons. Multiple women have accused him of sexual assault, and Trump himself is on that Access Hollywood tape bragging about how you can grab women by their sexual anatomy “when you’re a star.” Now James Comey, the former FBI Director whose abrupt firing by Trump helped launch the Mueller inquiry, is no longer holding back his opinions on the President’s behavior.

Comey is on the verge of his book tour for his memoir A Higher Loyalty, a title that is itself a dig at Trump (Comey alleges that Trump asked him in a private meeting to swear personal loyalty to the President—which Comey, who once prosecuted the mafia, says reminds him of mob bosses’ expectations for their underlings). In interviews and excerpts from the book itself, Comey’s take on Trump is damning.

While Trump’s alleged behavior is hardly surprising to anyone who has, well, heard him speak or read a single “Presidential” Tweet, it’s truly jaw-dropping to hear some of Comey’s unbridled evaluations. Comey has been mostly silent in the year since his firing (an event he found out about while on a business trip for the FBI—he looked over at a TV screen to see the words “COMEY FIRED!” because this President is too much of a coward to even deliver the news himself). But he’s reentered the spotlight with A Higher Loyalty, and he’s not mincing words.

A few of the more memorable moments from his interview with ABC’s George Stephanopolous:

Comey calls Trump “morally unfit” to be President, taking into account factors like his treatment of women and his handwaving equivalency of the white supremacist violence in Charlottesville:

“A person who sees moral equivalence in Charlottesville, who talks about and treats women like they’re pieces of meat, who lies constantly about matters big and small and insists the American people believe it, that person’s not fit to be president of the United States.”

Comey details how Trump has been obsessed since his election with the more obscene details of the dossier that alleged Trump watched prostitutes in Moscow pee on each other in 2013 in a suite that Barack and Michelle Obama had once slept in. While Trump vehemently denied the salacious allegation, telling Comey, by Comey’s account, “Do I look like a guy who needs hookers” (charming!), Comey cannot say for sure that there isn’t truth in the dossier’s account. Which provoked this stunning statement about the President of the United States of America:

“I honestly never thought these words would come out of my mouth, but I don’t know whether the current president of the United States was with prostitutes peeing on each other in Moscow in 2013. It’s possible, but I don’t know.”

Considering what we know about Trump’s multiple affairs while married, his alleged sexual assaults, and his pay-offs to adult film actresses that he slept with, I think there’s truly no limit to his degrading treatment of women or the acts he might have watched or taken part in. The dossier’s allegations are primarily troubling because there’s the possibility that Russia has information or material on Trump that would enable them to blackmail the President.

For all of his skewering assessments of Trump, Comey doesn’t think that the solution is impeachment—because he believes that it’s important for the American electorate to correct this abhorrent mistake themselves. “I think impeaching and removing Donald Trump from office would let the American people off the hook,” he told Stephanopolous.

While I think that’s an interesting sentiment, I’d much prefer if this “President”—described as a constantly lying, morally unfit crime boss who is openly disdainful of women and speaks of them like they’re mere objects—were removed from power sooner rather than later.

Tomorrow would actually work really well for me, if Bob Mueller could get on that.